A Sunday morning drive turned into a disaster for Shibaji Roy (43), Director of M. L. Roy & Co. Sanitations Pvt Ltd, after he lost control of the INR 3.45 crore Ferrari California T near Domjur in Howrah on NH-6. A report by Times Of India says that Roy died a ‘excruciatingly painful’ death after the crash.

Roy was driving with a group of seven luxury cars which included a Mercedes Benz GLA45 AMG, a Lamborghini Huracan, a Ferrari 488 Spider, a BMW i8, a Porsche Boxster, a Volkswagen Polo GTI and the Ferrari California T. 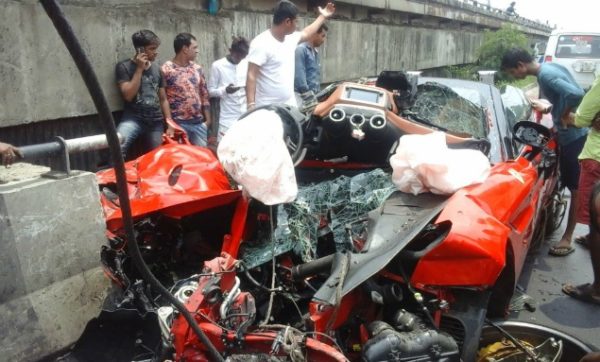 Eyewitnesses say that the accident took place after a truck ahead of the Ferrari suddenly slowed down, which forced Roy to swerve the supercar to the right. The Italian supercar crashed into the guardrails of the Pakuria flyover. While the airbags were properly deployed, an iron rail pierced the engine and hit Roy on his chest. He died after an hour, as bystanders were unable to get him out of the vehicle.

Roy was accompanied by 17-year-old Aashna Surana, daughter of his friend who was also a part of the motorcade. Surana suffered serious injuries and was admitted to CMRI. Roy’s son, Shreyan Roy, had a lucky escape as he switched seats with Surana so she could get a ride in the Italian supercar. 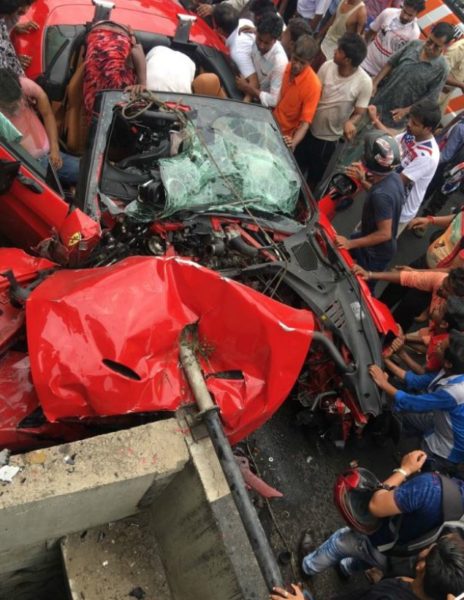 Police reportedly said the Ferrari was travelling at around 120 kmph when the crash happened. Roy is survived by his son, wife, mother and a brother.