Home Must Read Video: This Drunk Man Burnt 18 Vehicles Instead of Crackers This Diwali

Diwali, a festival of light and joy. Many celebrate this festival by burning crackers or simply lighting up lanterns in their locality. This festival also witnesses its fair share of crazy happenings, some of which do not go unnoticed. One such incident occurred in the Madangir area of South Delhi. A man, probably in his twenties and under the influence of alcohol, set a bike on fire. A CCTV camera present in the residential area did capture this person opening the fuel pipe of one bike and start a blaze. On the good side, there are no reports of any injuries or mishaps to any person, Fire authorities and Policemen arrived at the scene as soon as they were informed. 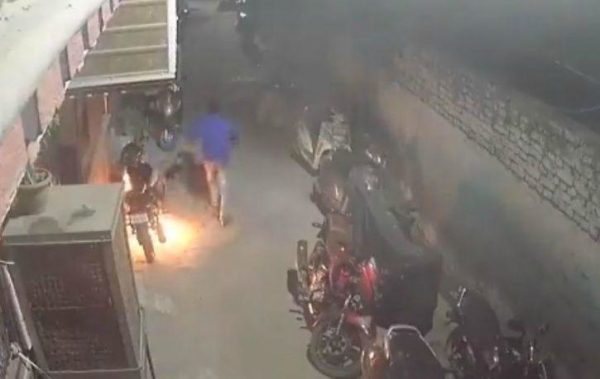 So how did this man manage to remove fuel from a locked bike? Bikes which use a carburettor, have an inlet pipe which generally can be removed very easily. Generally, most bikes do not come with a carburettor lock, so the man could simply turn a knob to get the fuel flowing down. Once out, it was only a matter of introducing a heat source to the fuel, a matchstick in this case. In the video we also see the man taken aback by the enormous size the fire starts with. The fire, however, did not stop the flow of the fuel. Very soon, the flames started getting denser and spread all around the area. This lead to the complete burndown of 8 bikes and 2 cars, while other 6 bikes and 2 cars were affected partially. 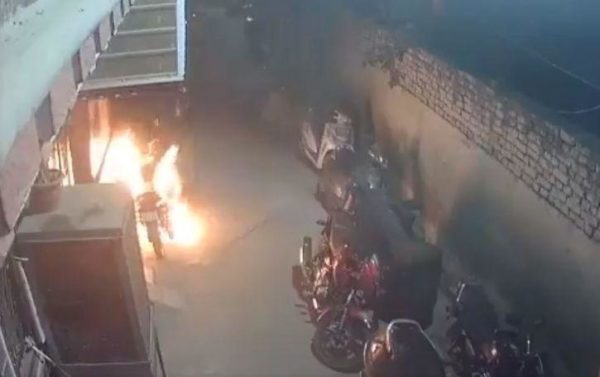 Police have filed a complaint as per the relevant section of the IPC and are still on the lookout for this man. The man is yet to be identified but its only a matter of time before the law catches him. This is a very horrendous crime and he definitely deserves to be punished for the same. Below is a video of this man caught in the act.