The most affordable adventure tourer on sale in India is the Himalayan. With a government ruling which will mandate ABS on all bikes above 125 cc, Royal Enfield has given the Himalayan an ABS system already ahead of this regulation. This bike now gets a dual channel ABS unit which made us think, how much have the brakes improved after the introduction of ABS? We ride it and here is what we have to say. 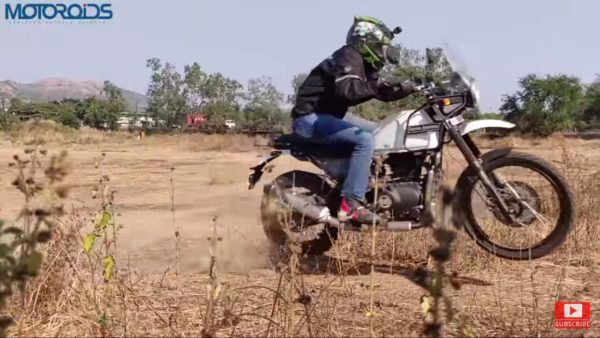 The Himalayan has been a very capable motorcycle, it has been the brakes that have sort of let this machine down. This ABS model just gets the addition of ABS and no other mechanical or visual changes are present. The forks get “ABS” stickers and the instrument console gets an additional “ABS” light. Otherwise the Himalayan remains the same and we have done an extensive review on that already which is linked below.

With the addition of ABS Royal Enfield have added more safety in terms of safety. The brakes still lack a proper bite and do not inspire a lot of confidence. That said they are definitely safer than before and you can feel the ABS working hard to keep you in a straight line at all possible times. They improve the stopping distance in three particular instances – on the tarmac in situations of panic braking, off the road when you can even use the front brake to stop earlier and on wet road conditions. 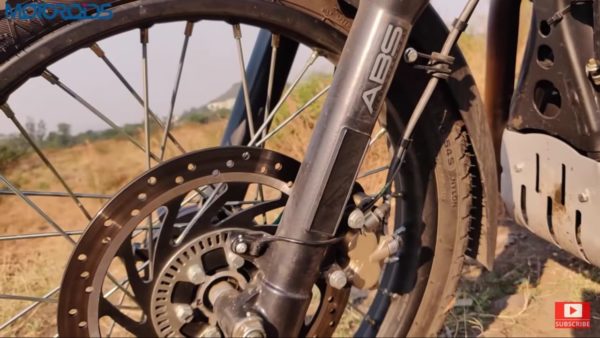 However, the ABS unit cannot be cut off if you wish too while off-roading. That would disappoint enthusiasts who would wish to use the power of the bike to navigate corners or switch directions by sliding the rear wheel. Even if you were to put your foot on the road to do a 180 spin, the ABS unit will keep cutting you off making sure you stay in a straight line. Do watch our video, linked below, to know more of our thoughts.