Very soon, all bikes with more than 125cc engine capacity will need to be fitted with ABS as part of new government regulations. Many bike makers are now preparing for it well in advance and have started rolling out ABS equipped versions of their popular models. Royal Enfield has already done it most of its range, including the classic 350 and Himalayan. Their latest ABS-equipped offering is the Thunderbird 500X cruiser, which now retails at INR 2.13 Lakh. This makes is INR 14,000 more expensive than the standard, non-ABS variant of the bike. 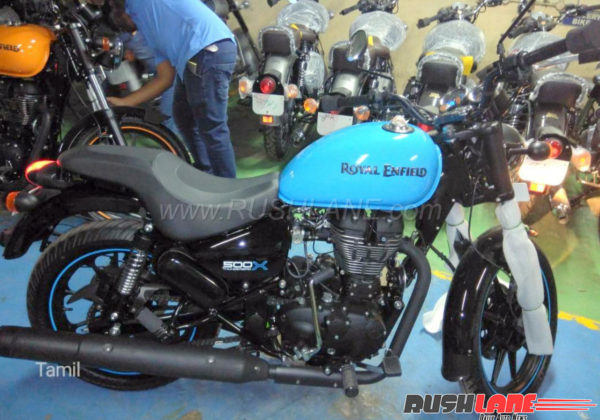 Apart from the additional ABS unit, there are no other changes done to the bike. The bike will use a dual channel ABS unit, seen on other Royal Enfield’s as well. There is no switch to turn the ABS off and it will stay on at all times. The same ABS hardware is seen on other Royal Enfields as well. At INR 2.13 Lakh, the Thunderbird 500X is now the most expensive single cylinder bike offered by Royal Enfield at this point in time. Should Royal Enfield be worried about customers putting in a bit more money and going for the Interceptor 650 instead? This is an answer that only time will tell. 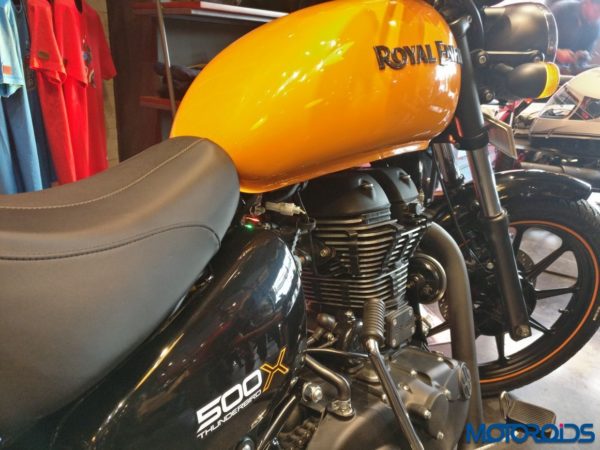 Also Read: Is the Royal Enfield Scrambler 500 Another Surprise Headed Our Way?

Powering this bike is a 499 cc air cooled engine which is good for 27.2 hp at 5,250 rpm and a maximum torque of 41.3 Nm at 4,000 rpm. Being the X model gives it a few cosmetic changes which make it stands out from the regular Thunderbird 500. The bike also gets a blacked-out treatment for the engine and exhaust pipe. Nine-spoke alloy wheels are offered as standard with colour matching stripes. The wheels get wrapped in tubeless tyres which would come in handy in certain situations. Royal Enfield is yet to comment on the status of the non-ABS variant of the Thunderbird 500X, which is likely to be discontinued very soon. What do you think about this bike? Would you pay a premium for a parallel twin? Let us know in the comments below.