Home Crashes VIDEO: One of the Most Brutal Crashes Seen in Motorsport in Recent Years

The circuit of Macau is considered to be one of the most challenging circuits in the world. A combination of really fast straights and tight and narrow corner, the track measures just 7 metres wide in certain areas. The 6.2-kilometre circuit is known to host various car and motorcycle races for fans of motorsport. This weekend, it hosted the Formula 3 race where an unfortunate crash occurred involving teenage racer Sophia Floersch, another racer Sho Tsuboi, two photographers and a marshal. In a heart-wrenching video, we see Sophia’s car clipping Tsuboi’s car and going airborne to a photographer’s bunker. 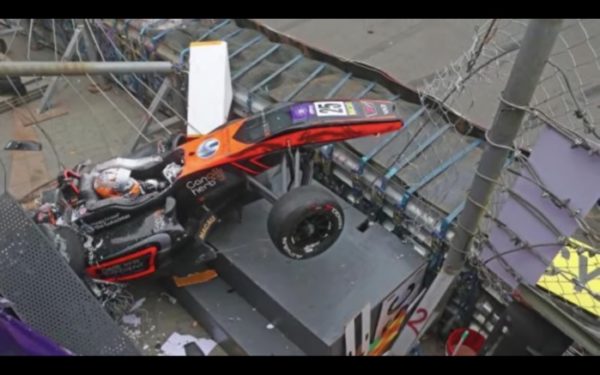 Sophia’s car was reportedly going above 2975 kmph when she lost control on a straight and bounced off a kerb sending her airborne. She then clipped Tsuboi’s car which took her straight to the fence in the photographer’s bunker. This has to be one of the most brutal crashes seen in motorsport in recent times. Fortunately, nobody was killed in this incident and the race resumed after more than an hour of being red flagged. Thanks to modern safety regulations and the overall safer construction of cars Sophia was able to stay alive, although she suffered a spinal fracture. 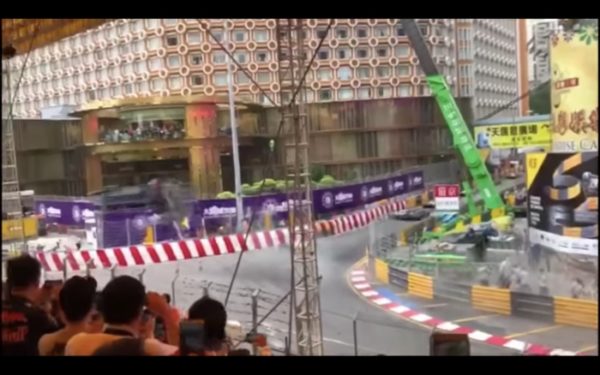 Also Read: VIDEO: Child Miraculously Escapes after Being Run Over by a WagonR

The lady racer posted on her Twitter handle, “Just wanted to let everybody know that I am fine but will be going into surgery tomorrow morning.” Doctors performed an 11-hour surgery which according to doctors went well and is now recovering in the Intensive Care Unit. Out of the other injured people in the incident, Tsuboi and photographer Hiroyuki Minami have already been released from the hospital. The other Photographer, Chan Weng Wang, will stay longer to treat his lacerated liver and the other Marshall suffered a broken jaw. We hope a speedy recovery to the injured ones and hope to see Sophia racing again, as soon as possible.