The Apache family from TVS is a versatile range offering everything, a basic 160 cc bike to a 310 cc sports bike. Their 180 cc bike, the Apache RTR 180 has been given an update for the 2019 Manufacturing year. Apart from a cosmetic change, the bike gains some more hardware as well. The bike will be offered in two variants – non-ABS model and an ABS model. The price for the ABS model is at INR 95,392 (Ex-showroom, New Delhi) and INR 84,578 (Ex-showroom, New Delhi) for the non-ABS model. The MY2019 model will be offered in 5 colours – Pearl White, Gloss Black, T Grey, Matte Blue and Matte Red. 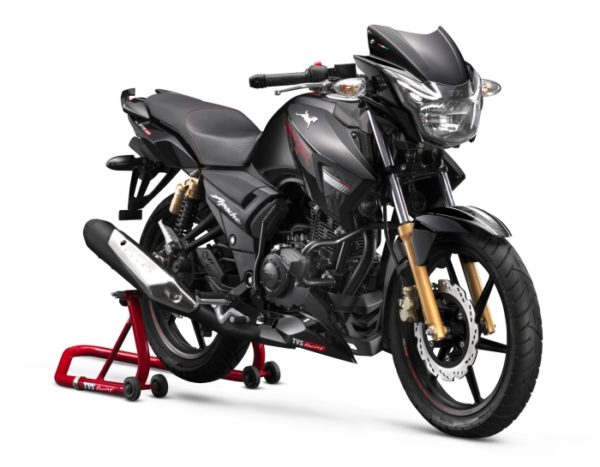 For the new model year, the bike features a new race-inspired graphics scheme which enhances the look of the bike. Other changes in the bike include a new white back-lit speedometer which also gets dial art, the seats get a novel alcantara like finish, frame sliders are now integrated into the new crash guard and premium looking forged handlebar end weights. Apart from that, other features which are seen in the current model year will continue to be present in the refreshed model. The Apache RTR 180 is a bike that is an amalgamation of racecraft design and riding dynamics. 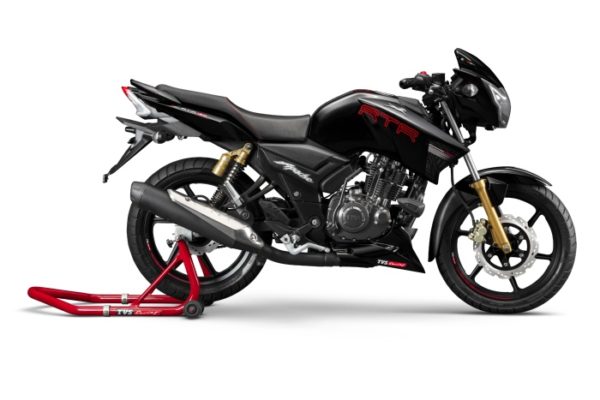 Also Read: TVS Bags Wins for 4 out of 5 Classes at 2018 Season of the Indian National Rally Championship

In the middle of the frame of the Apache RTR 180 lies a 177.4 cc single cylinder petrol engine. This engine is capable of producing 16.4 hp at 8,500 rpm and 15.5 Nm of torque. With a top speed of 114 kmph, the Apache RTR 180 is the fastest bike in its class. Both models of the bike get disc brakes at both ends. Suspension duties are done by a telescopic fork up front and 5 step adjustable dual shock absorbers at the rear. The bike was adjudged to be the Most Appealing Premium Motorcycle by J.D. Power (Asia-Pacific) Quality survey in 2016 and in 2018, it was adjudged the highest ranked Premium motorcycle in initial quality. Below is a long-term review of the Apache RR 310, the leader of the Apache family.