Similar to the XR-PHEV concept, the XR-PHEV Evolution too is a high performance model that features a carbon fiber reinforced plastic body and a massive rear wing. The car sports an aggressive front fascia, aerodynamic side skirts and 20-inch aluminum wheels. 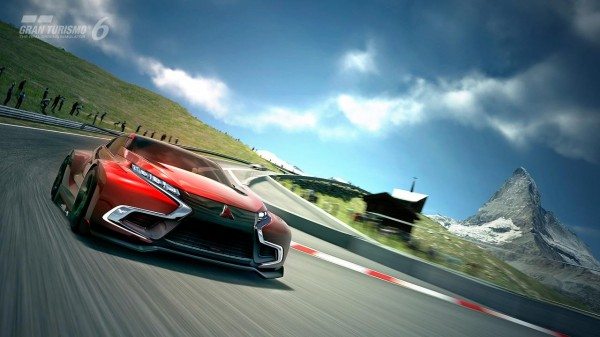 Mitsubishi hasn’t released the performance specifications. The car has a plug-in hybrid powertrain that is mated to an eight-speed dual clutch transmission. It sends power to the ground via an all-wheel drive system that promises to deliver unparalleled handling characteristics. It’s overwhelming drive performance is controlled precisely with the S-AWC vehicle dynamics control system that distributes the drive force optimally to the 4 wheels. 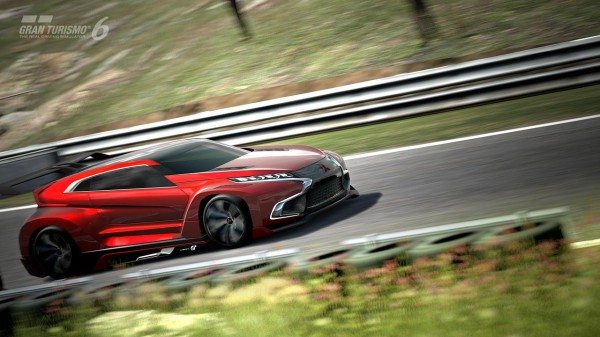 According to Mistsubishi, the carbon fiber reinforced plastic (CFRP) body reduces weight and greatly contributes to its agility, and the downforce produced by the aerodynamic form of the front and rear diffusers produces excellent cornering performance. 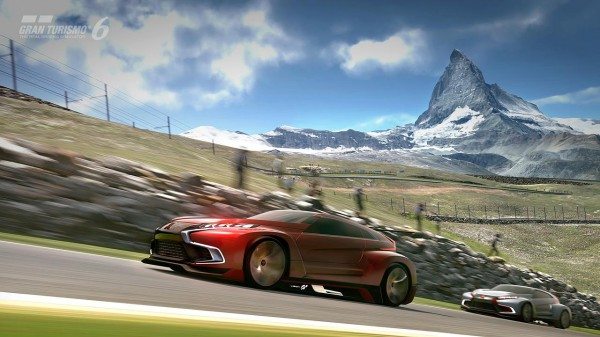 The styling of the car follows the basic concepts of the “MITSUBISHI Concept XR-PHEV” shown at the 2013 Tokyo Motor Show, while pouring in know-how gained from years of motorsports experience into its every detail. The result was the evolution of the concept into a stoic racing machine.

The Concept XR-PHEV Evolution Vision Gran Turismo is available exclusively in Gran Turismo 6 and can be obtained by either completing a lap in a new Seasonal Event or purchasing it from the “Cars” section of the game.