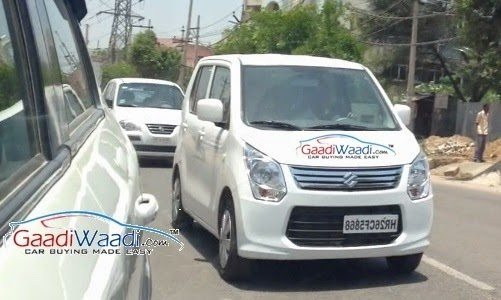 The small car market in India has seen a period of stagnancy in the last few years, with the biggest hit going to Maruti Suzuki India, for whom small cars have always been its forte. In a bid to revive its market share, the company is planning to launch the Palette small city car that was first unveiled at the 2012 Indian Auto Expo.

A long time has passed between then and now, and it felt like Maruti Suzuki has abandoned plans to launch this Japanese offering in the market. But now, our friends over at GaadiWaadi have spotted the Palette being tested in and around Delhi. 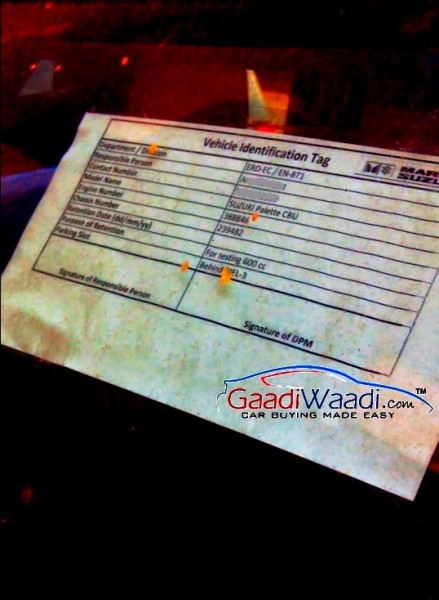 But the Vehicle Identification tag seen in the picture suggests that Maruti Suzuki has completely reworked the engine, decreasing the displacement to 600 ccs. This could be a move targeted squarely at the Tata Nano with its 624 cc engine that produces a much lower 38 PS and 51 Nm of power and torque respectively. It and when it launches in this iteration, it will be a welcome addition to the entry-level segment in India but not something that might upset the status quo of the current market.

The Palette’s tall boy looks is unchanged from its Japanese roots, and is strangely reminiscent of the Wagon-R. How big a success it becomes, will depend solely on its pricing and timing of launch. 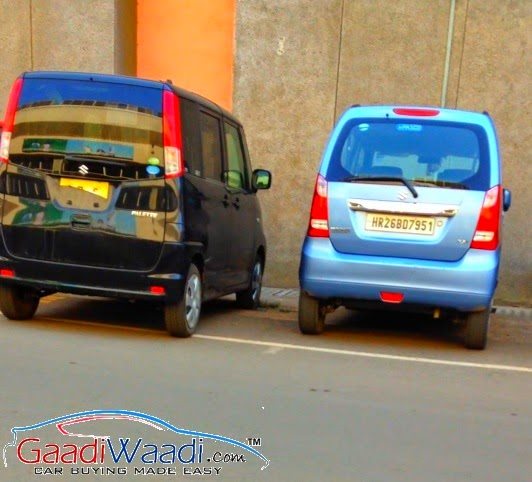 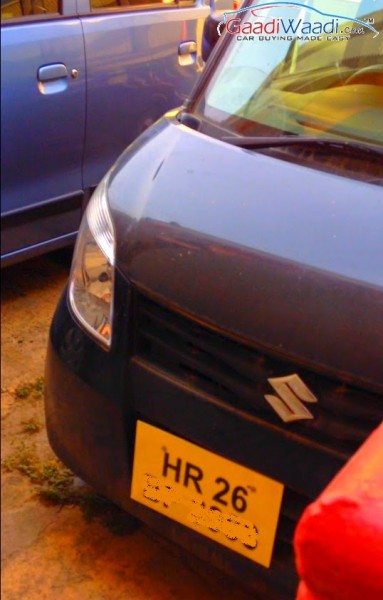 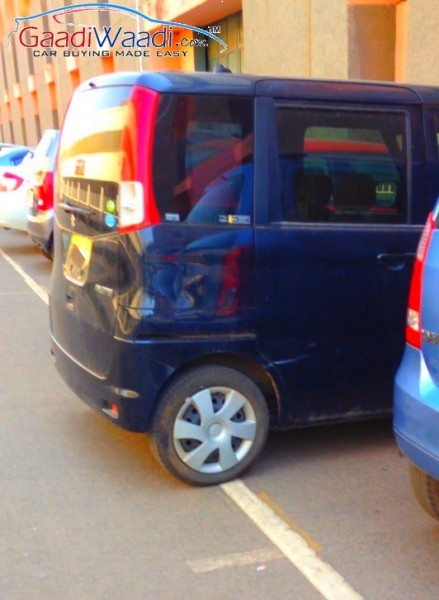