The GTI Roadster Vision Gran Turismo is set to be featured in Gran Turismo 6. The concept boasts of an aggressive carbon fiber body kit, a sporty rear diffuser and a center-mounted dual exhaust system. The car has also a massive rear wing and 20-inch alloy wheels which are backed up by high-performance brakes. 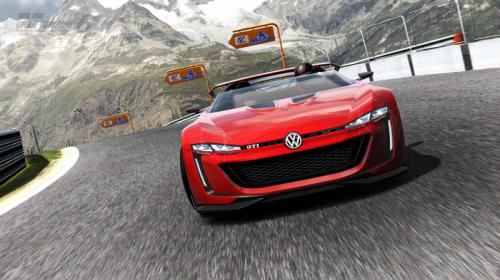 Powering the GTI concept is a twin-turbo 3.0-liter TSI VR6 engine that pumps out a max power of 503 bhp (375 kW) and 491 lb-ft (665 Nm) of peak torque. The engine is mated to seven-speed DSG transmission which sends power to all the wheels via a 4MOTION all-wheel drive system. 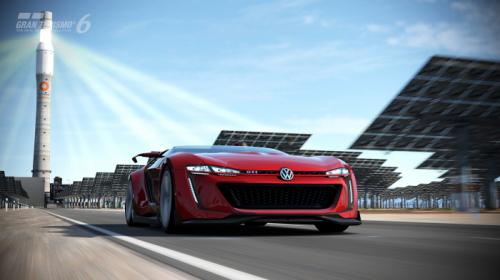 A scale model of the GTI concept will be unveiled at Wörthersee 2014 and the car will be added to Gran Turismo 6 as part of a free update that is scheduled to happen in June.