Home Must Read VIDEO : KTM 390 Duke Has Tough Time Keeping Up With The Royal Enfield 750

Test mules of the upcoming Royal Enfield 750 have been spotted on several occasions in the past. We recently saw the Royal Enfield 750 duo and one of them had an uncanny resemblance to the Triumph Bonneville. But what is that new 750cc parallel twin engine capable of? 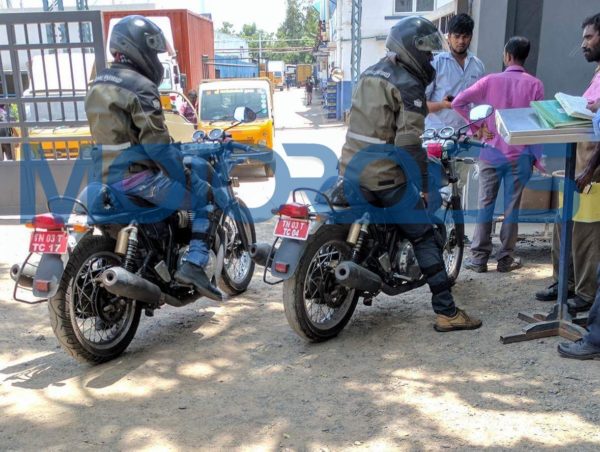 A test mule of the upcoming Royal Enfield 750 was recently caught in action courtesy YouTuber Akshay Kumar and the thumper seem to pack good amount of power. The performance numbers from the new Royal Enfield engine are unknown but reports indicate that they’re likely to be around 50 hp and 60 Nm. The KTM rider can be seen having a tough time keeping up with the parallel twin powered thumper but honestly it would not be fair comparing a ‎373.2 cc single-cylinder with a 750cc parallel twin. The speedometer of the KTM can be seen venturing into 150 kph+ figures. Check out the video below:

Disclaimer : We do not endorse riding without proper gear and at high speeds.

We’re yet to hear any official details about the possible launch time frame of the new motorcycles. The motorcycles seem nearly ready to reach the production line and we hope to see the final product at the 2018 Auto Expo.