A couple of 750cc Royal Enfield motorcycles were sitting in a parking lot when they were photographed and they seemed pretty much ready to reach the production line. We’ve seen the parallel-twin cylinder equipped Continental GT on several occasions but it was accompanied by another one of its mates, a retro styled motorcycle which has an uncanny resemblance to Triumph’s Bonneville. 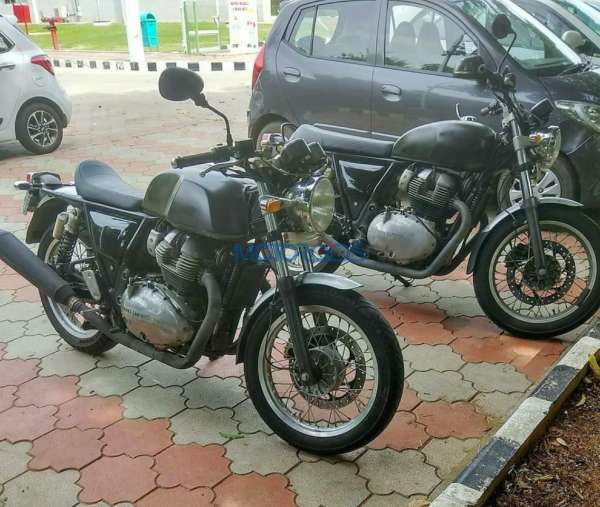 Both the motorcycles are built around the same chassis and use the same engine along with other hardware including brakes and suspension although, while the cafe racer features a rider only saddle and a clip-on handlebar, the retro styled companion gets a pillion seat and a single-piece handle. Apart from the embossed “Royal Enfield” logo on the engine, there were no stickers on the motorcycles, although there were no camouflage hiding the finer details either. 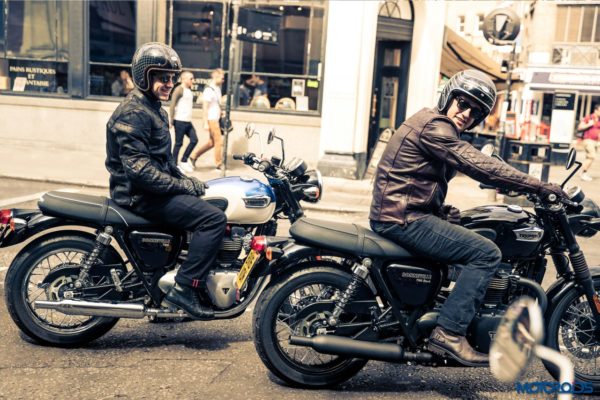 Mechanically, the new engine, with a rumoured displacement of 750cc, is expected to feature dual overhead camshafts and oil cooling, while power and torque outputs are likely to be around 50 hp and 60 Nm respectively. The engine will most likely come mated to a six-speed transmission. 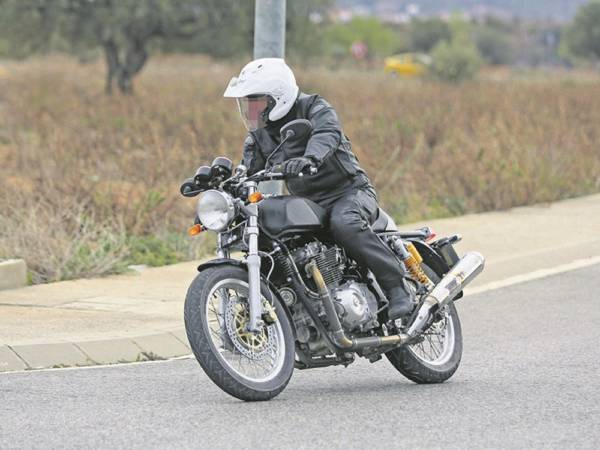 We’re yet to hear any official details about the possible launch time frame of the new motorcycles but we expect to see the production ready models by the end of this year, or during the 2018 Auto Expo. While we wait for more details, let us know your views about the two motorcycles that were recently snapped through the comments section below.