Automotive crashes are an undeniable, but sad fact of modern day motoring. Sometimes, those involved in an accident/crash, survive to tell the tale. However, in the case of 38-year-old David Holmes, death was instant when his motorcycle rammed into a hatchback at triple digit speeds. 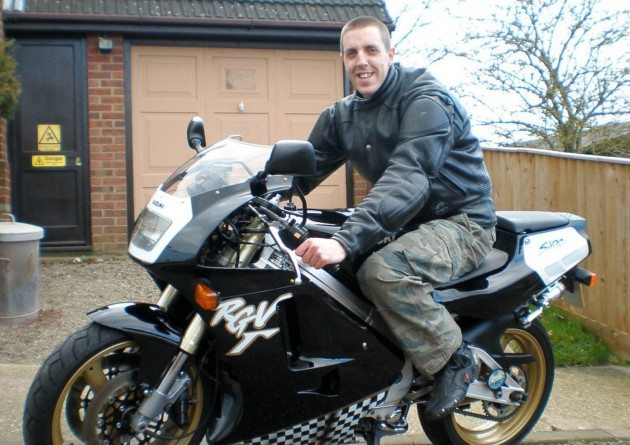 The location of this fatal crash was Norfolk in the United Kingdom, and took place in June 2014. Holmes had been riding almost all his life, and had just returned from a trip to Antarctica. The catastrophic collision between Holmes’ motorcycle and the car happened on a dual carriageway, right at an intersection. The driver of the car was attempting to turn right at the intersection, and claimed he didn’t see the fast approaching motorcycle. Some would pin the entire blame of the crash on the driver of the hatchback, after all, the driver was prosecuted for his role in the accident. He even admitted to the police that he had not seen the rider, nor a car behind the motorcycle, prior to the collision. However, fact is that Holmes was carrying a lot of speed approaching the intersection, due to which, he was unable to manoeuvre himself out of danger. “Woah!…” – exclaimed Holmes, just moments away from the fatal collision. 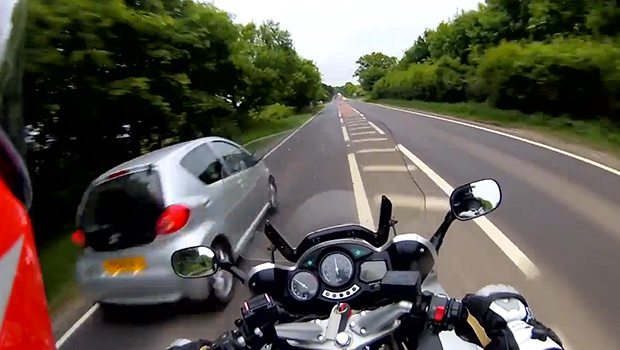 Holmes was speeding before the collision 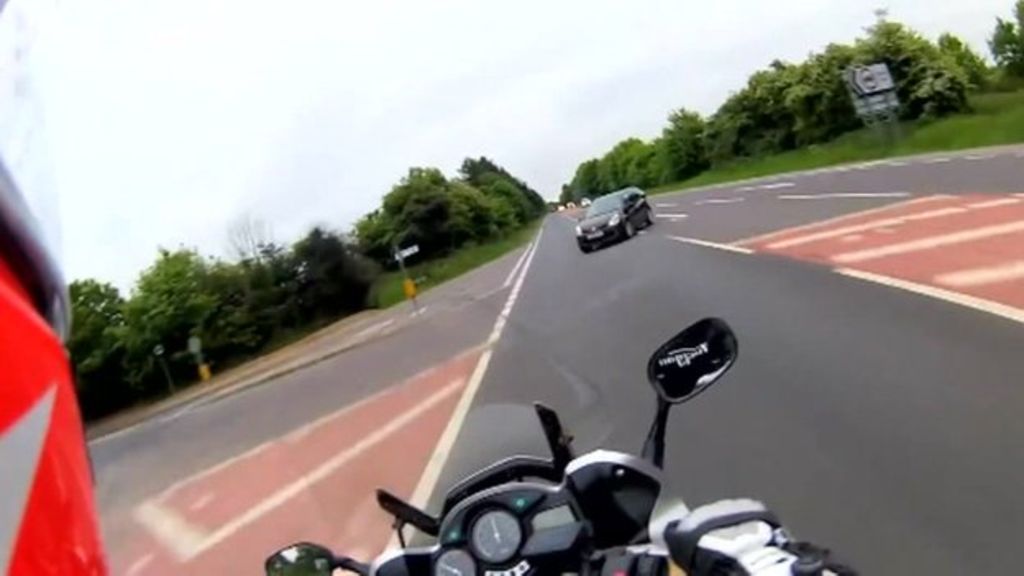 Because of his speed, the collision was imminent

The sheer force behind the impact hurled the rider through the air, before hitting the ground seconds later. The driver of the car survived the brutal hit, but the car sustained severe damage. The motorcycle on the other hand, was almost obliterated. In the video, the rider can be overtaking slower moving traffic and it is apparent that the 38-year-old was clocking well over 100 km/h. According to police reports, Holmes collided with the hatchback at 97 mph (156 km/h), 37 mph (60 kmh) over the road’s speed limit. 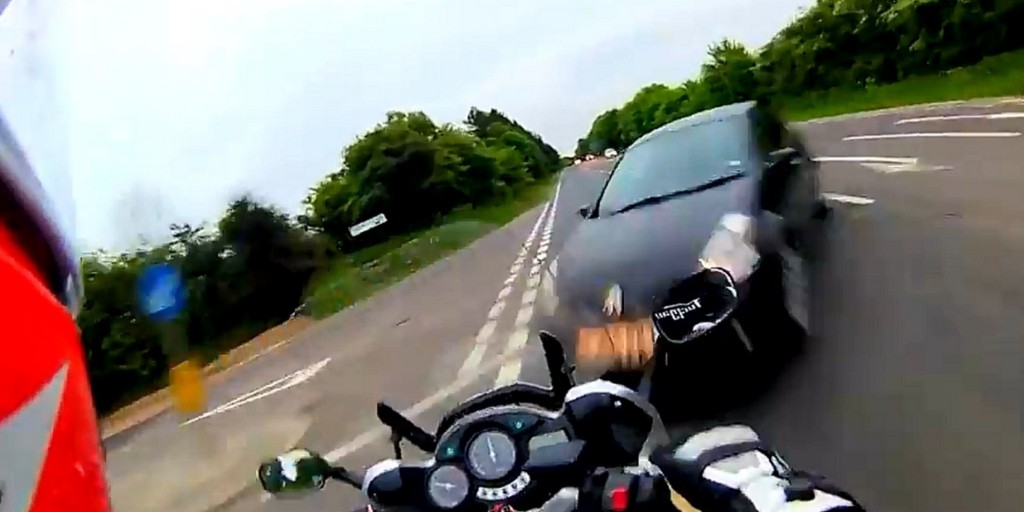 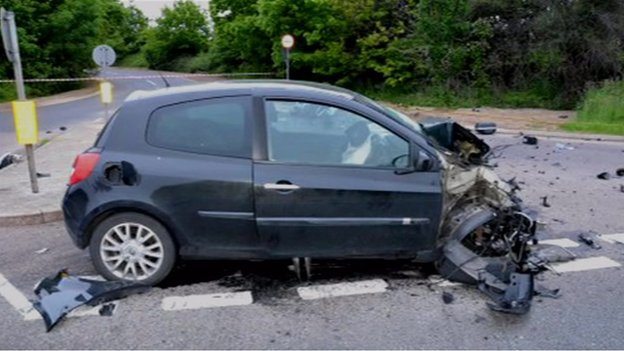 The car sustained irreparable damage, though the driver survived 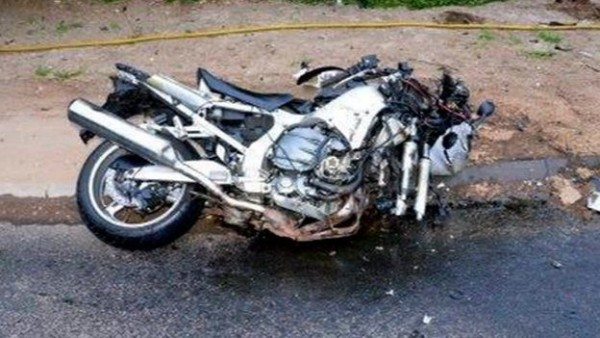 Holmes started riding since he was 16 and through all these years, never met with a serious accident. Unfortunately, on that fateful day in June 2014, a combination of factors came together and sealed his fate. This story clearly highlights the (well understood, yet ignored) consequences of speeding on public roads. It also highlights the lapse in some motorists’ concentration level when behind the wheel. Whether you are riding a motorcycle or driving a car, always pay utmost attention and be prepared for the worst.