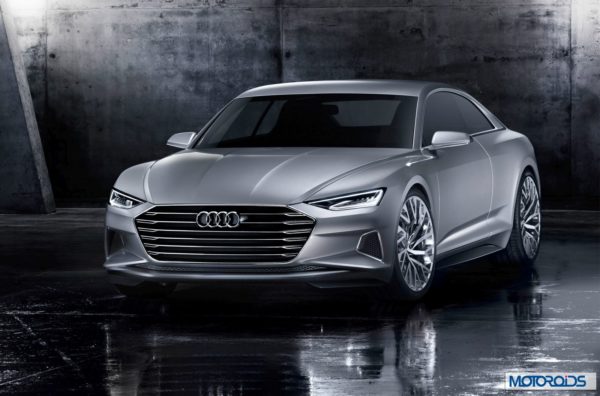 (Note: You can change the subtitle language via “Settings” button at the right bottom of the video)

The front fascia comprises of a newly designed grille and LED lights which give the A9 Prologue Concept a very futuristic look. Power to the Audi A9 Prologue Concept is provided by a 4.0-litre twin-turbo V8 engine that is already found on a variety of Audi and Bentley cars. The 4.0-litre engine produces about 605bhp of power and 700Nm of torque. Power is be transmitted to all four wheels via an eight-speed automatic transmission and Quattro all-wheel drive technology. While the claimed 0-100km/h sprint stands at 3.7 seconds, the 20-inch carbon-ceramic brake discs take care of halting the A9 quite efficiently. Despite being bigger and packed with more technology wizardry than the A7, the new A9 will weigh even less thanks to heavy doses of carbon fibre and spaceframe construction. 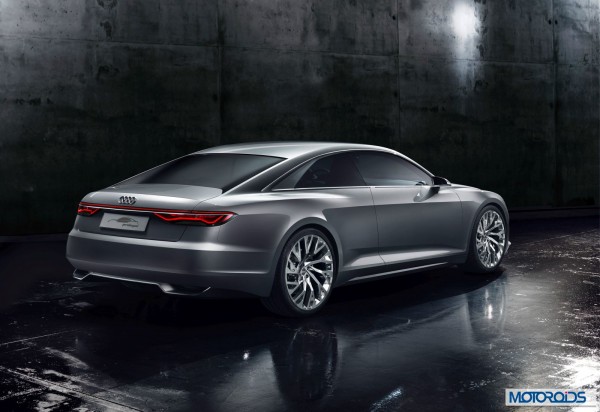 Click here if you wish to know more about the futuristic Audi A9 Prologue Concept. Do share your thoughts and opinions about this concept with us through comments below.