Texas man, William Sam Crum, 69, who was caught intentionally swerving into passing motorcyclist in Hood County has been sentenced to 15 year imprisonment. Crum has been convicted of two counts of aggravated assault with a deadly weapon. He was accused of purposely swerving into a motorcycle, causing the rider, Eric Sanders, 37, to crash. Sanders’ pillion, Debra Simpson, 38, suffered multiple injuries including a broken arm, scrapes and bruises. 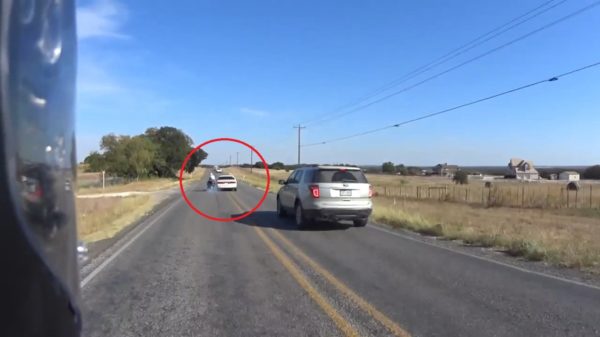 “I don’t care,” said the driver when confronted by fellow rider. The incident, which took place in October 2015, was caught on camera by fellow rider who was riding behind Sanders. Crum had been in jail since October 19, 2015. Check out the video caught on helmet camera by Sanders’ friend:

Crum refused to apologise to the rider and said that it wasn’t entirely his fault. He, however, apologized to the pillion rider. In an interview, Crum showed a spider bit on his leg which, according to him, caused him to lose control of his car. He also added that had Sanders been not overtaking his car in the no-pass zone, the accident wouldn’t have happened.

Don’t Miss – Video : How a Freak Greek Accident Flamed the Road Safety Debate in the Country 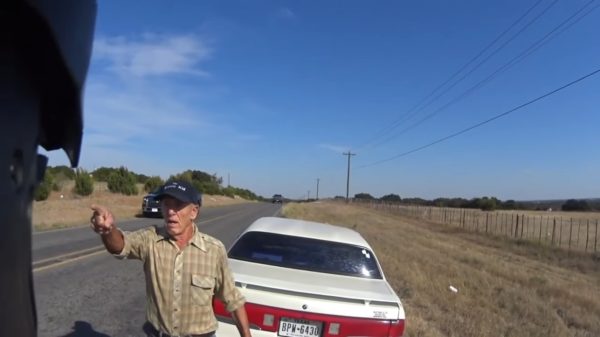 In our opinion, while Sanders was partially at fault for overtaking vehicles in no-pass zone, it was a clear road ahead and wasn’t causing inconvenience to anyone. Here is a video report by of Fox 4 News via YouTube. Do let us know your views about the incident through the comments section:

Via Star-Telegram and Fox 4 News