Expected to be launched sometime in late 2017, the smashing Skoda Kodiaq has been spotted testing in India again. This is the second instance within a month where a keen eye has snapped the vehicle testing on public roads. To be among the four Skoda launches lined up for India this year, the Kodiaq’s design represents the brand’s transfer to a new design language and its second foray into the SUV segment after the Yeti. 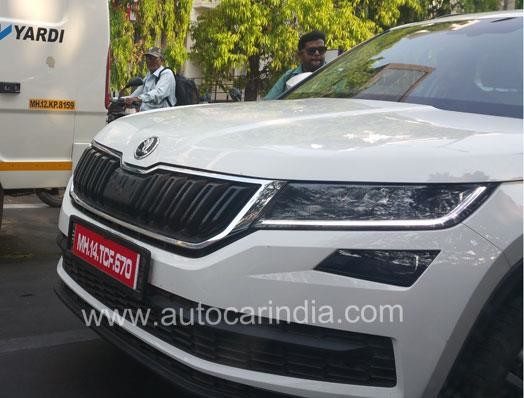 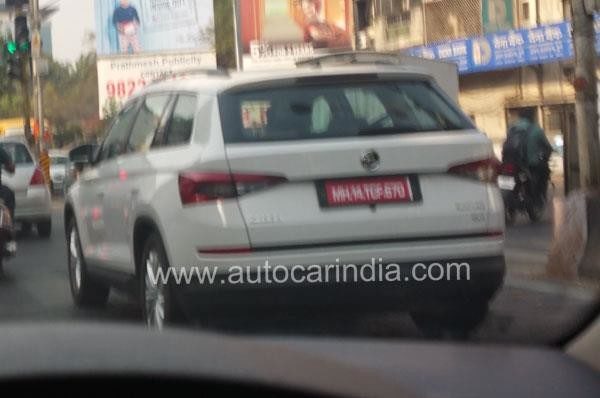 Riding on VW group’s new MQB platform, the India-spec Skoda Kodiaq could be offered with the choice of a 180 PS 2.0-litre TSI petrol and 150 PS / 190 PS 2.0-litre TDI diesels. Transmission duties will in all probability be handled by a 6-speed manual and 7-speed DSG, automatic gearbox. Skoda could offer the Kodiaq with all-wheel as well as FWD options. 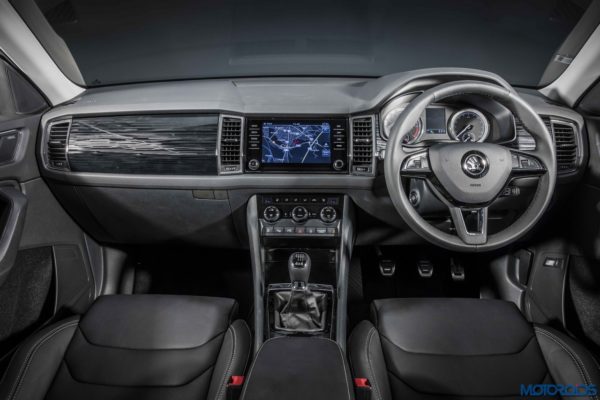 Gadgets on the Skoda Kodiaq will include all-LED lighting on the outside, 360-degree parking sensors, a panoramic sunroof, three-zone climate control, 8-inch touchscreen infotainment system, an Audi like PhoneBox for with wireless charging, high-end Canton Sound System, Adaptive Cruise Control and a few more fancy bells and whistles. Prices are expected to start near the Rs. 25 lakh mark.