In yet another accident, this time in the region of Kollam, Kerala, one biker lost his life and two others were left seriously injured in a mishap involving two high-end motorcycles and a hatchback. The accident involved a Kawasaki Verxsys 650, a Triumph Daytona 675 and a Maruti Alto 800. 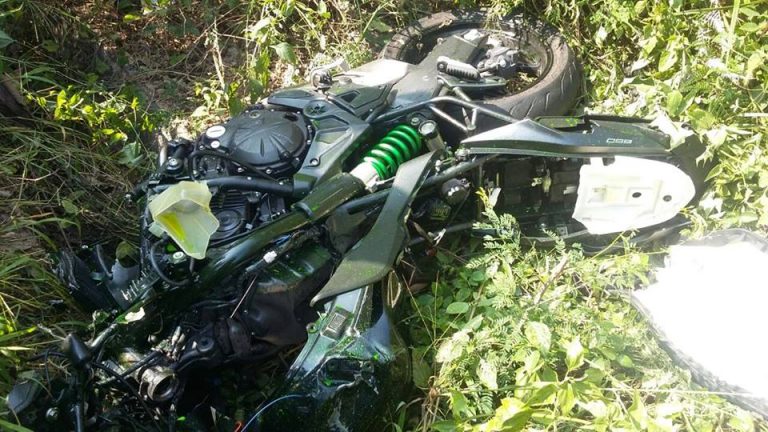 Reportedly, the accident occurred when the occupant of the Alto was attempting to take a U-turn. The rider of the Versys, in a bid to save himself from crashing into the car, maneuvered to the side and ended up crashing his motorcycle after going off-road. The Daytona, which is said to have been following the Versys, ended up ramming into the hatchback, damaging the front of the INR 10 lakh (ex-showroom) motorcycle. The Alto too, seems to have suffered considerable damage including the loss of the front fender as well as severe damage to the door, A-pillar and roof. 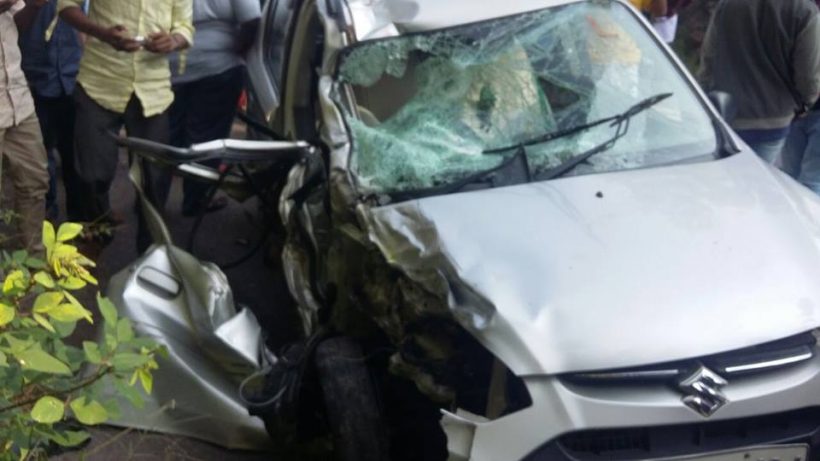 While the occupant of the Alto and the Daytona rider suffered serious injuries, the rider of the Versys ended up losing his life. The Versys 650 and the Alto 800 both are likely to be written off. As there is no firm report on what triggered the mishap, we wouldn’t want to blame any of the parties involved. What we would say though is that ride and drive safe and always wear your protective gear irrespective of the place or time.

Crashes
,
News
,
Motoroids Comments
Facebook Comments
Leave a Reply Cancel reply
Popular Stories
This Digital Render Of Tata Motors’ Premium Sedan Is Full Of Sharp Imagina...
Hyundai Creta 7-Seater Version: What Could It Be Like?...
Five Most Affordable Automatic Hatchbacks in India...
All The Cars You Can Buy With A Factory-Fitted CNG Kit...
RBI’s Moratorium On EMIs: Here’s What We Know About Auto Loan Instal...