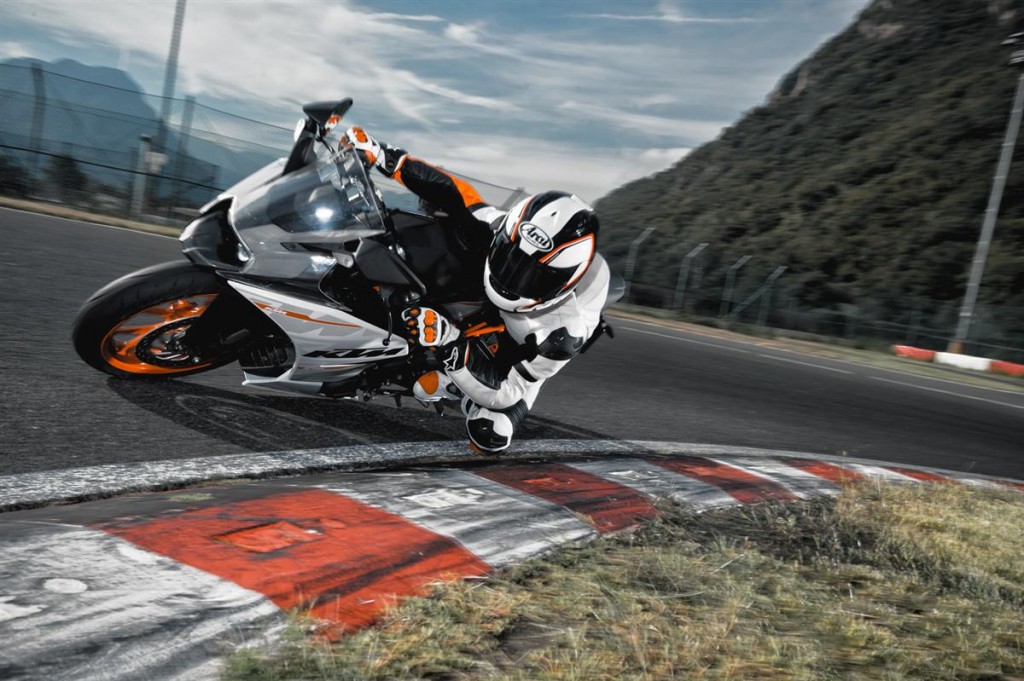 Austrian bike maker KTM unveiled three RC models at the 71st edition of the EICMA motorcycle show. Earlier this month, it emerged that out of these three bikes (which include the RC125, RC200 and RC390), the 200cc and the 375cc variant are headed to India. These new 2014 RC models are based on the Duke siblings and are suited to track riding.

KTM has now come up with a new video that shows all the three new RC bikes in action. The new promotional video highlights the track manners of the new bikes and it really seems like the manufacturer has got it really right with its new crop of track-oriented machines.

As we have been saying, the KTM RC200 and the RC390 will be locally produced in the country and would be only little pricier than the Duke siblings. Powering these bikes would be the same motors that power their Duke counterparts and this means that while the RC 200 gets a 200cc 25 PS motor, the bigger RC 390 gets a 375cc 43.5 PS engine. The RC200 and RC 390 tip the scales at 137.5 kg and 147 kg respectively.

It is expected that Bajaj Auto Ltd, the Indian partner of KTM, would put on display both the KTM RC 200 and the KTM RC 390 at its pavilion at the upcoming 2014 Indian Auto Expo, which would happen in February next year.

Stay tuned to Motoroids for more dope on KTM RC 200 and KTM RC 390 India Launch and other related details.