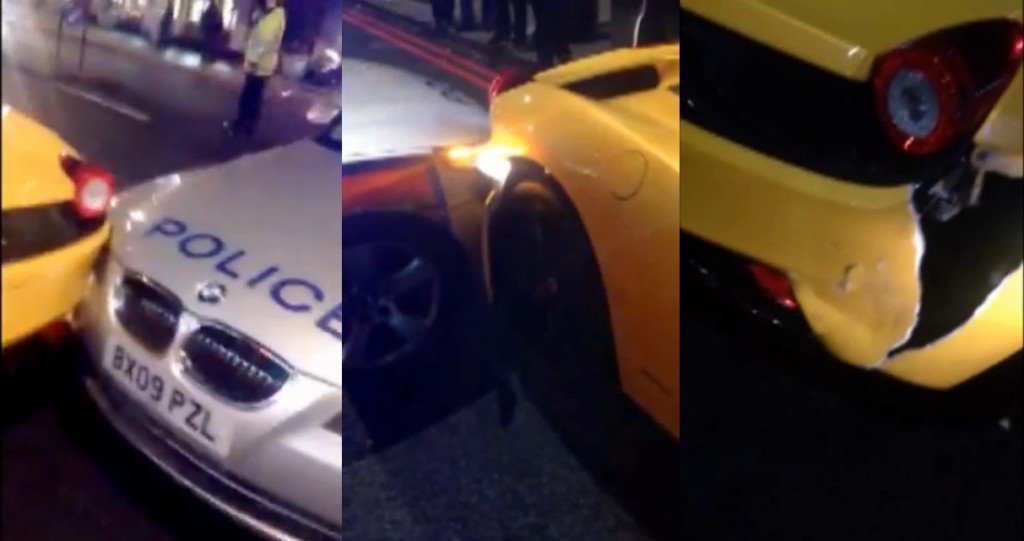 Last week was a very bad one for supercars and exotics. After the fiery crash of three Lambo’s, which involved two Gallardo’s and one Aventador, and the Bentley Continental GT crash in Los Angeles USA, now a Ferrari 458 Spider is a victim of crash with a police vehicle in London.

The police car mentioned above is a BMW 5 Series, and the yellow 458 Spider is reportedly a rental car. The BMW crashed into the 458 when the driver of the police car was taking a U-turn ansd ended up bumping into the left rear side of the Italian beauty. The body panel of the Ferrari is seen hanging, and doesn’t look like there is more damage involved. 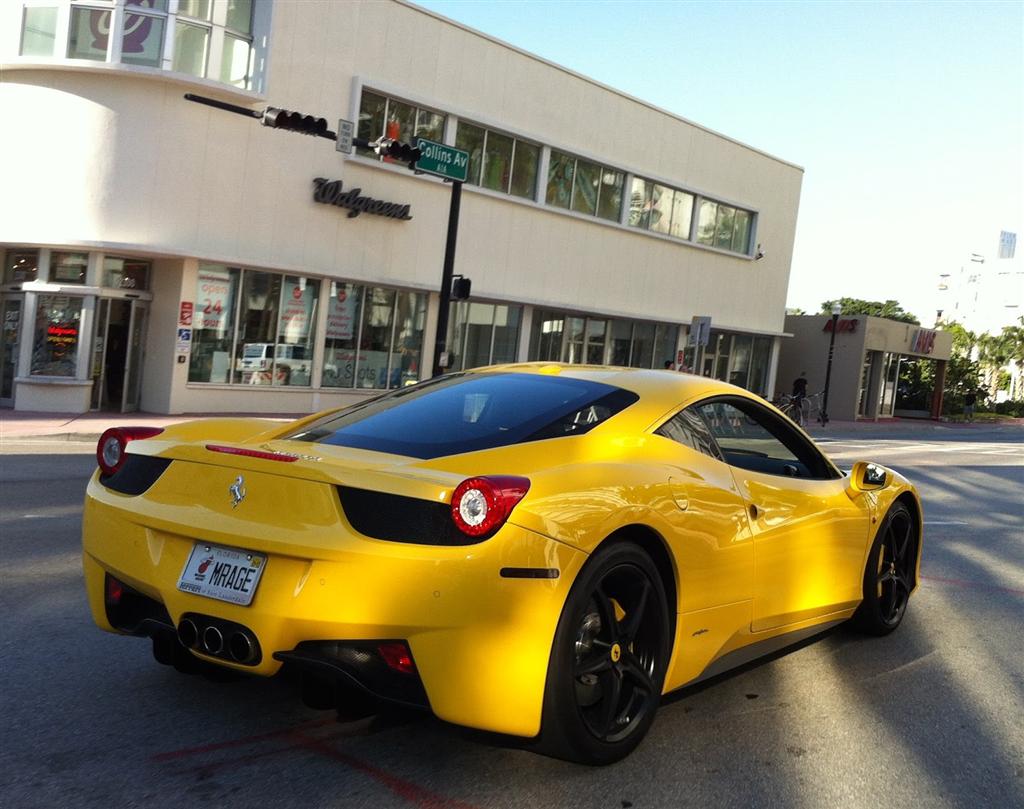 Since the Ferrari is a rental, the rental company and police will settle it out. According to the reports, when police staff are involved in an accident, they are told to leave the scene immediately after exchanging details. The repair bill of the Ferrari is reportedly around £25,000.

Here’s the heartbreaking video of the mishap: