Home News Video and tips: Prevent your child from getting a heatstroke in the car

As astounding it may sound, the fact stands true that parents have often left behind their children in the car while they were busy doing their daily chores. But this irresponsible behaviour has caused several numbers of deaths of children. In 2014 itself, 30 children have been confirmed of have died due to heatstroke in the car. Last year, the number was as high as 44. And these numbers are just from the United States of America.

The insides of the car get really hot when parked under the sun. Just 15 minutes in the car can lead to severe injuries to the brain or kidney. The heat could also cause sweating, dehydration, and seizures.

So what should be done to avoid such mishaps from happening? A non-profit organisation named kidsandcars.com has listed out a list of tips that can avoid such dreadful situations from happening. Here is the list of to-do list that everyone should make sure to follow. Also watch a short video which explains how serious the situation can get. 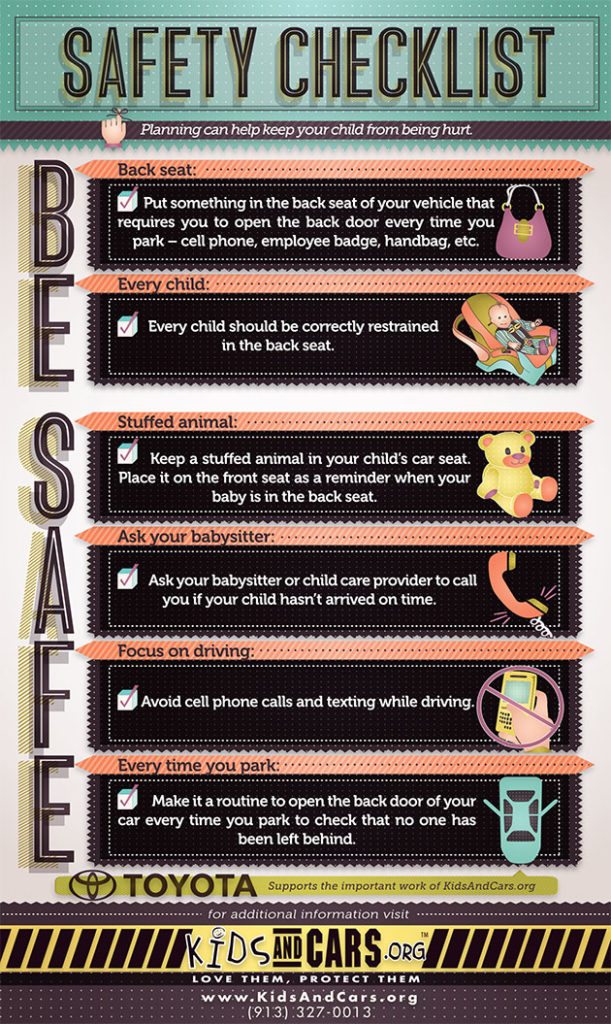 Short film to explain how serious this topic is: