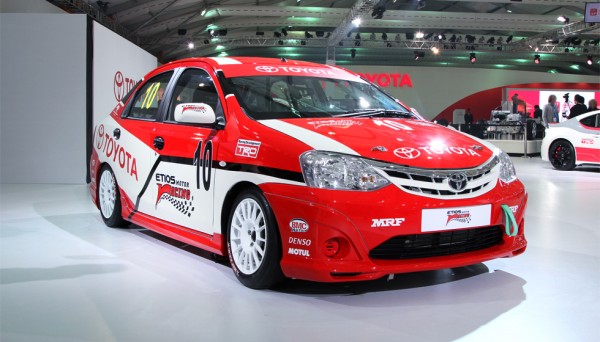 The Toyota Etios isn’t one of those cars which will set your pulses racing, one look inside and the instrument console will remind you of the old analog weighing machines which were as accurate as the Parrot and his astrologer under a tree. The exteriors too do not suggest that the car is built to go around a race track.

However, After the success of the inaugural Etios Motor Racing (EMR) trophy, Toyota Kirloskar Motors announced it’s return to the circuits for a second season of the EMR trophy. It will be held as as part of the National Racing Championship this year, scheduled to be a part of it’s third and fifth round. The first round will be held at the Kari Motor Speedway in Coimbatore on the 19th and 20th of July.

Mr. N. Raja, Director & Sr. Vice President – Marketing and Sales, TKM, said, “Toyota introduced EMR in India in 2012 with an aim to promote motorsports at a grass root level and make it more accessible and popular in india. The platform has helped talented young racers develop their motoring skills and has given them a competitive edge for their guture”.

The EMR series is being supported by TRD(Toyota Racing Development), the cars are FIA qualified with racing parts supplied by TRD, whose expertise will be utilized throughout the series. 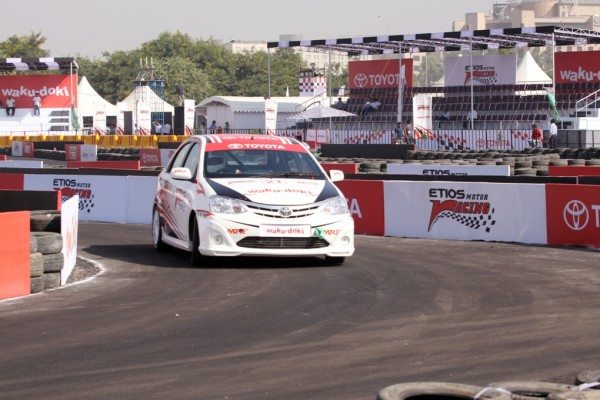 This years driver line-up consists of existing and new EMR drivers who will fight for the trophy. Toyota has put the EMR cars on display in select dealerships in South (Coimbatore and Kerala) and contests are held to provide people with a chance to experience the EMR cars on track. for more details log on to www.toyotaetiosmotorracing.in