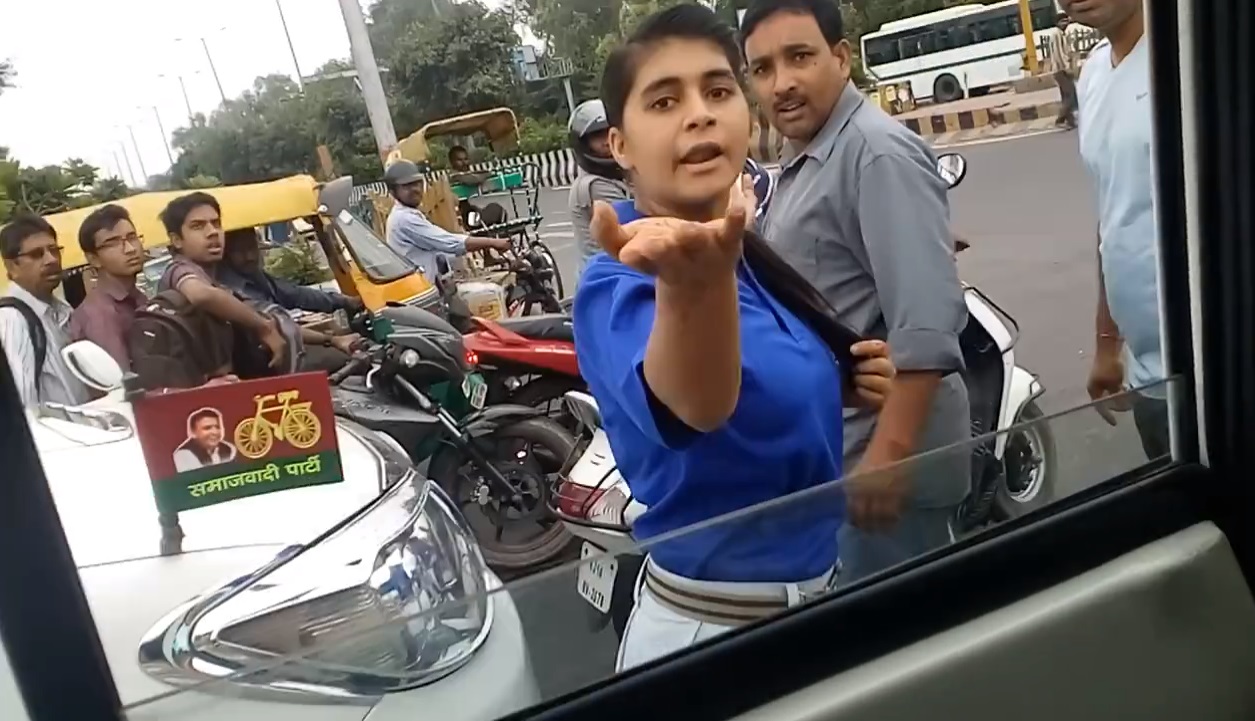 Politicians have been known to be the people who make the laws and barely a few days later, break them as well. Back in the month of March we had reported how a Haryana based politician violated traffic rules before threatening the traffic official at the site in the city of Delhi.

Now, another video of one such alleged politician belonging to the Samajwadi party has emerged on the web. According to the video taken by one Prashant Saxena, the so called ‘VIP’ demanded right of way to another commuter on a scooter even as the signal was red. The incident, which took place in Sector 57, New Delhi, when the occupants of an SUV with a flag of the aforementioned political party got off their vehicle in order to pursue a local to give him the right of way at a red signal. 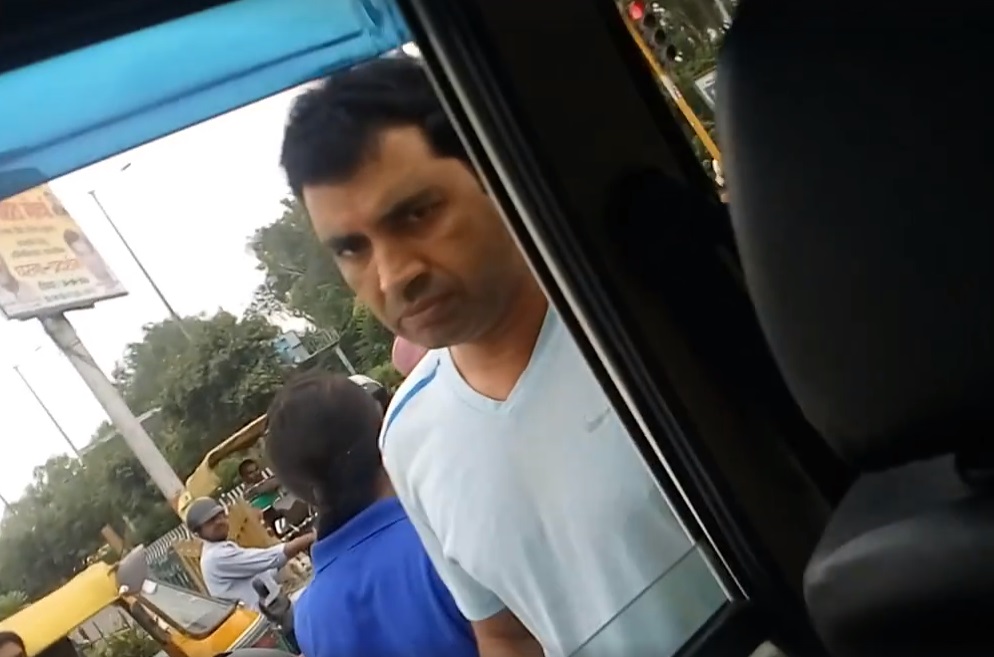 The accused, a so called ‘VIP’

Even as the local, who continued to argue with the passenger and driver of the SUV, the occupants daughter comes out and spots Prashant recording the video. On informing ‘daddy dearest’, the father walks up to Prashant and tries to snatch his mobile. Luckily for the latter, his taxi driver takes off at the right time saving Prashant and his handset.

Also read: Mumbai: A no-parking sign comes up only after your vehicle is towed away

The video, which has been trending on various social media platforms for some time now, showcases the apathy such politicians have towards the rules and regulations that have become a mere joke for them even as citizens continue to pay higher fines that were recently passed by the government.

Following is the link to the post and video of the incident: