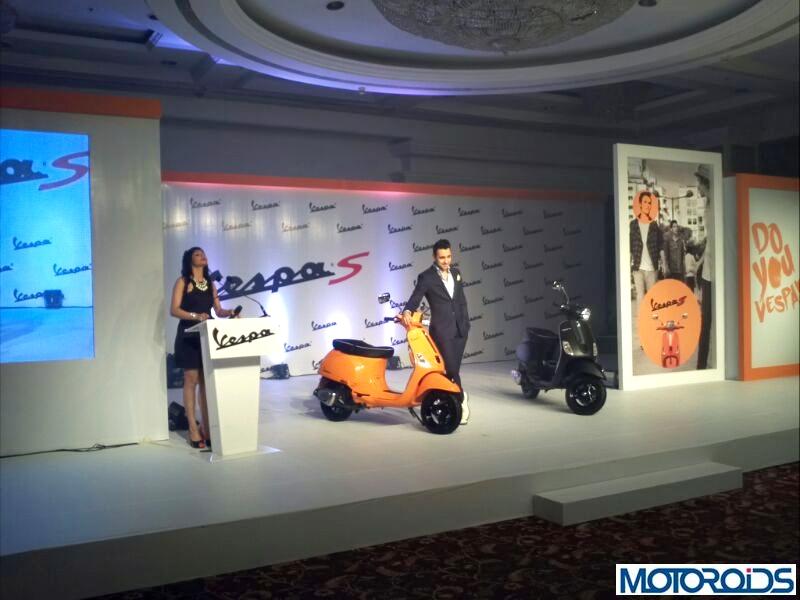 Though we had earlier reported of the Vespa S already available at dealerships for sale, but the official Vespa S India launch happened today in Mumbai in the presence of famed Bollywood Actor Imran Khan.

Speaking at the launch, Chairman and Managing Director of Piaggio Vehicles Private Limited- Mr. Ravi Chopra said “Piaggio is delighted at to present Vespa S to the dynamic youth in India. As we move closer to our two years existence in the Indian market, we are proud to launch our third Vespato to further strengthen the premium segment we have created. The Vespa S is truly a game changer. With it square design elements, it has opened up a new, non-conventional space. We understand the needs of the aspirational consumers and believe that the Vespa S will enable them to experience another notch in the Vespa lifestyle.” 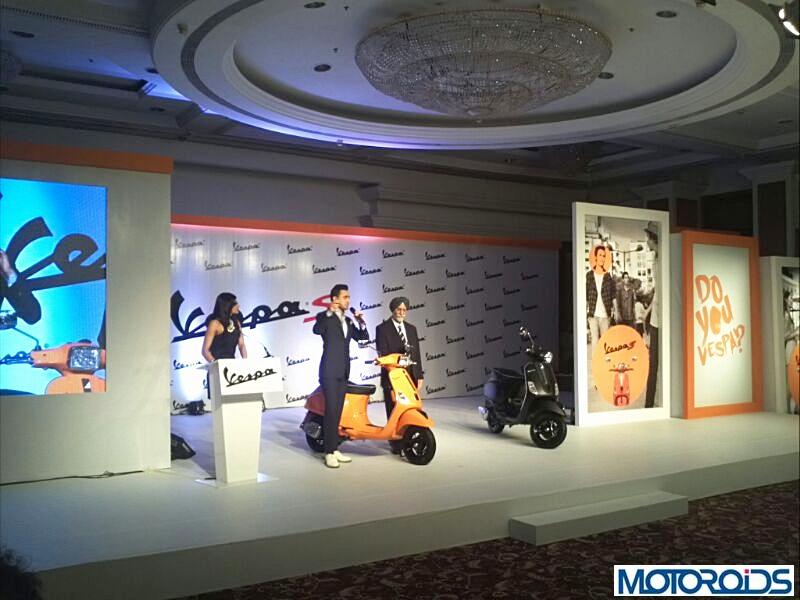 As mentioned in our earlier posts- the Vespa S price in India would be as follows:

Comparatively to the Vespa VX, the Vespa S demands a premium of approx. INR 4500. 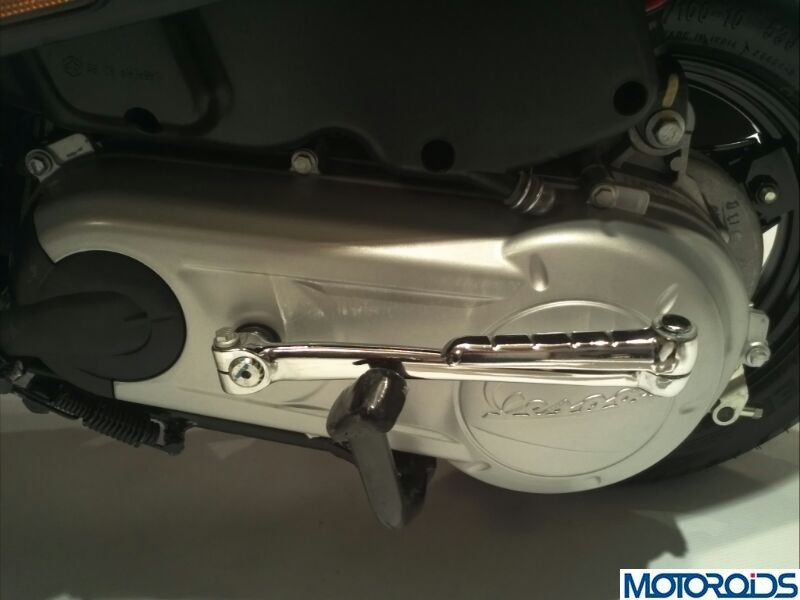 Powered by the same four stroke single cylinder air cooled 125cc 3 valve engine that powers the Vespa VX, it has been retuned for added refinement on the Vespa S. Power figures are quoted at 10.06 PS with max torque rated at 10.6 nm. 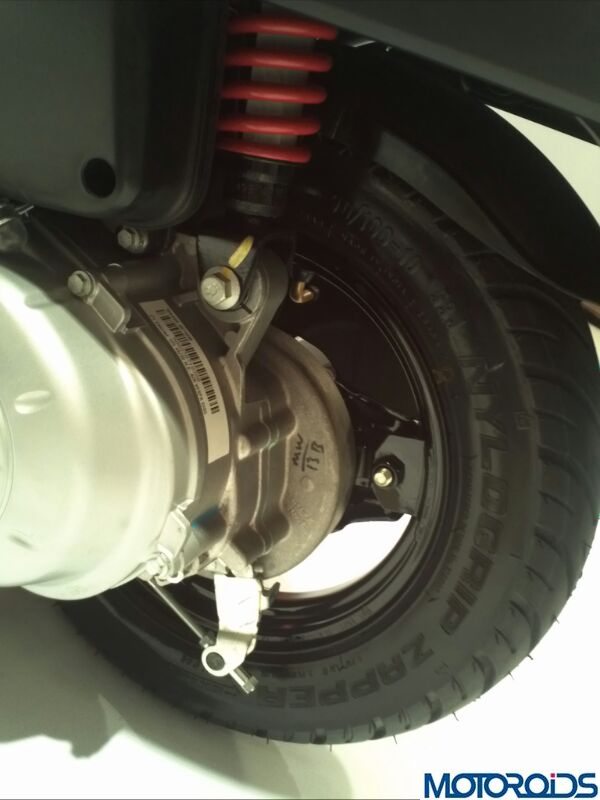 The suspension bits remain the same with the comfort quotient being slightly enhanced by a revised seat design. The instrumentation on the Vespa S is new with cubby holes provided above the front storage space. 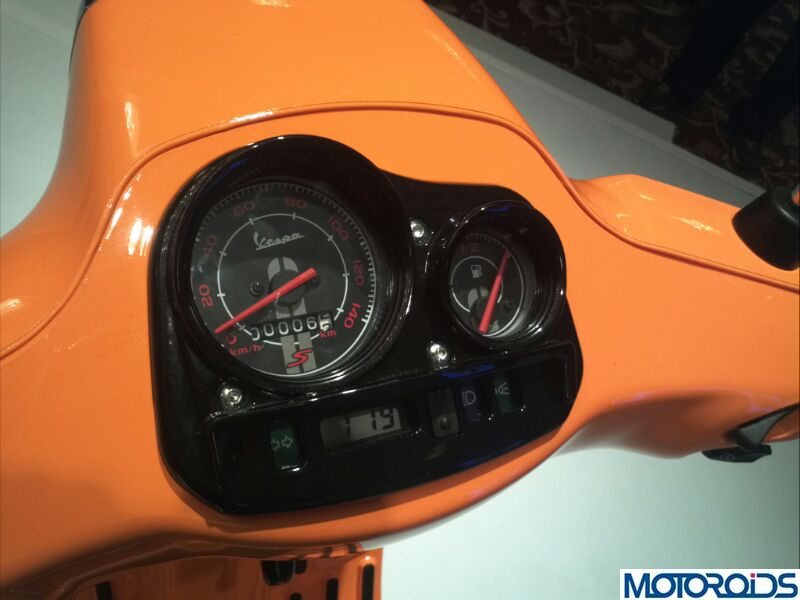 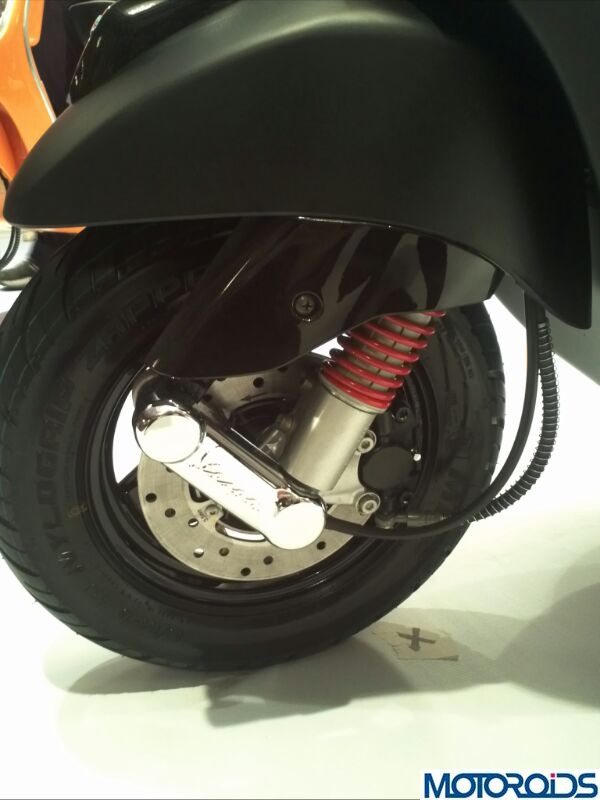 Stopping power is provided by a front disc brake that comes standard on the Vespa S with the rear being a conventional drum setup. The tubeless tyres mounted three spoke alloy wheels have been powder coated and buyers would get to choose the new Vespa S in four different shades i.e. Orange, Red, Matte Black and White.