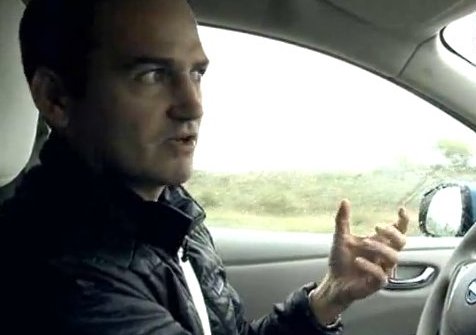 We were happy, when we heard last week that Ben Collins a.k.a Ex- Stig, was hired by the less famous, but equally entertaining Fifth Gear Show after his high drama demise from Top Gear. After all, Fifth Gear seems to be the place for all the ex- employees of Top Gear.

Nonetheless, everything was looking good until…we saw this video of Collins testing the Nissan Leaf for a U.K tabloid newspaper- The Sun, where he has apparently taken up a freelance job. Not that its a bad choice or anything. After all, he is doing what he loves to do, and gets to do just that, without the white suit. But the manner in which Ben Collins has decided to present the car, could be something to worry about for his future employees and his loyal fans.

We all know Top Gear and we all know its about roaring engines, crazy stunts and the complete silence of The Stig. But now, The Ex- Stig has a script and the Leaf has no engine! The combination of which has brought us, one of the most boring reviews ever. Only, if they had let the white Polar Bear take the passenger seat, the one featured in the Nissan Leaf’s advertisement , it would have been so much interesting. No?