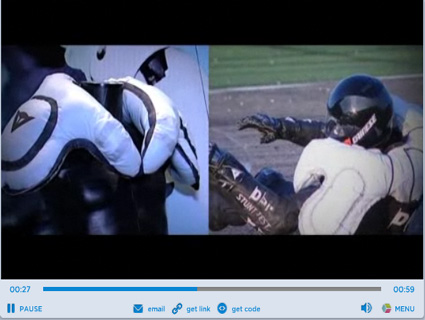 An airbag does mean a great deal of protection for the driver as well as a passenger in a four wheeler. But how about having one of these for the two wheelers? Having an airbag integrated on the vehicle itself wouldn’t seem to be a great idea as the rider may not necessarily be glued to the saddle during mishaps. Thus Dainese has come with an apt solution. If you cannot integrate the airbag on to the vehicle, why not wear it? That is what Dainese has exactly done. The firm has launched an airbag suit which could help prevent major injuries during a crash. Here is an official video released by the firm!