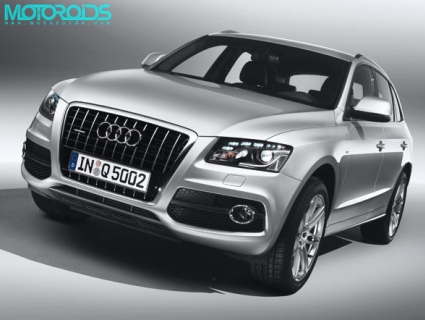 Think of the Audi Q5 to be nothing more than a crossover softroader? Think again! At least that is what Audi means to say with this new commercial of the Q5 crossover. The new commercial has a bunch of mountain bikes doing their thing and a Q5 passing everyone of those acting as a support van and tackling the same kind of terrain that these purpose built cycles do. That has us thinking, would Audi dare to make the same commercial with a few KTM off-road bikes? We are sure the KTMs would not only beat the Q5 hands down with their off-road performance, but also with their kick-butt commercials.