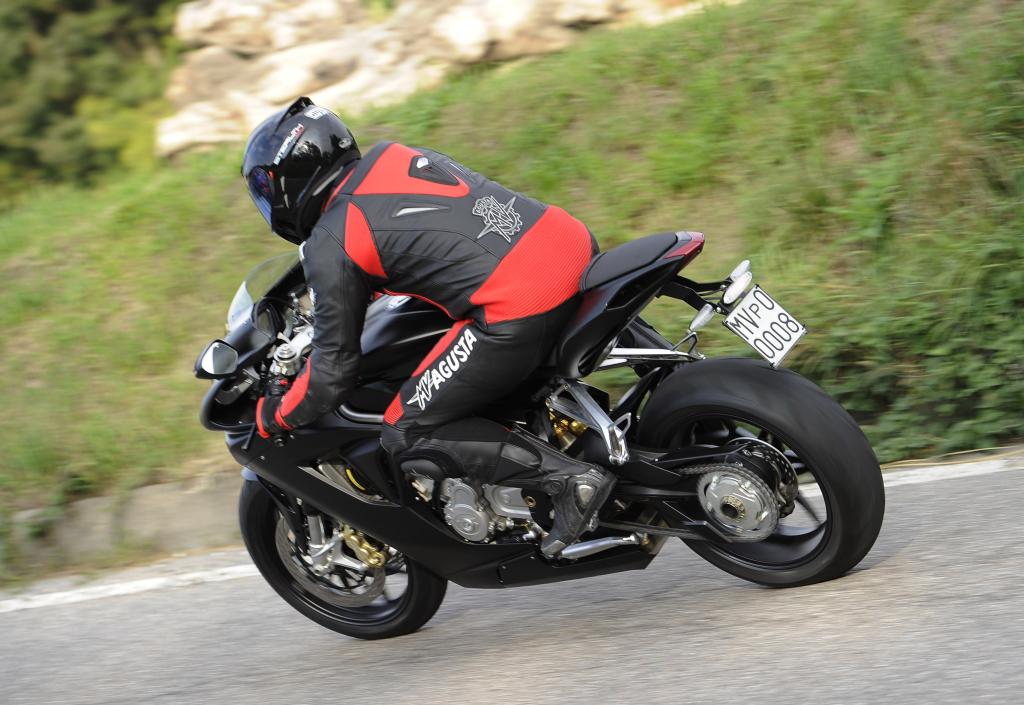 MV Agusta has released two teaser images of their upcoming middleweight contender – the ‘F3’. Playing second fiddle to the litre-class F4, the F3 will use a three-cylinder 600cc mill – quite ironic considering that the FIM allows 3-cylinder motorcycles to displace up to 675cc to compete with the four cylinder 600cc motorcycles at the supersport championships.

From what can be seen in the teaser images, MV Agusta has maintained its distinctive tail gate design. However, for the F3, the under tail pipes are absent and will instead have a stubby side mounted exhaust like the Yamaha R6. Though MV hasn’t released any photos of the front end, it is expected that the nose will follow similar lines to the F4 superbike albeit with a smaller headlight assembly. We particularly like the ‘gills’ on the side fairing and add to the distinctive character of the F3. The bike uses a steel trellis frame to hold the engine, but it is said that the sub frame will be a conventional aluminium frame. The dimensions of the F3 look quite small and should have an advantage on the overall weight of the motorcycle. The F3 is expected to cost around $ 9,000 in the US (approximately Rs. 4.4-lakh with taxes) which is very competitive as compared to the price tags on the other 600cc machines. But will the F3 have enough performance and novelty to turn the fortunes around for the struggling MV Agusta? Only time will tell….