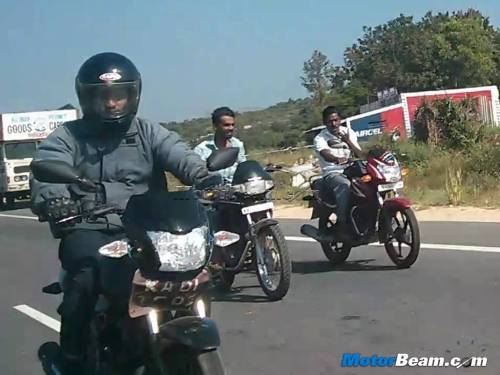 It seems like TVS, the Hosur-based motorcycle maker, is busy working on yet another geared motorcycle for the commuter-bike segment.

From the looks of it, the upcoming TVS motorcycle seems to be based on the Phoenix 125cc motorcycle. However, this commuter bike is likely to be powered by a 100/110cc engine. Thus, this Phoenix based 110cc commuter will be launched in an attempt to capitalize on the donor bike’s big bike looks and the high fuel efficiency that comes from a 100/110cc motor.

It won’t be too surprising to see the upcoming Phoenix based commuter to go on sale under the Victor moniker. There also are good chances that the manufacturer will use the same 110cc engine to power this upcoming bike that is being used on the Star City. 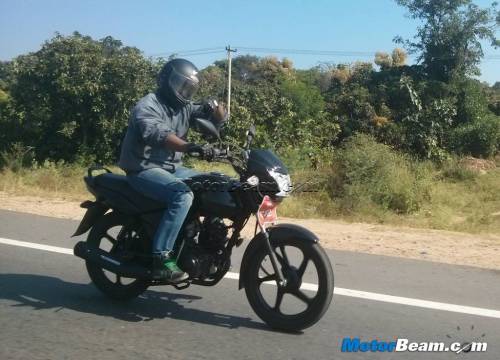 The upcoming TVS motorcycle will be a direct rival to the Mahindra Centuro, Bajaj Discover 100M and the likes. It may be noted that both the Centuro and the Disco 100M are well sorted out motorcycles that are high on the VFM factor. Hence, it is necessary for TVS to get it real right with its upcoming 110cc contender.

Stay tuned to Motoroids for more updates on the upcoming TVS-Phoenix based 110cc bike.