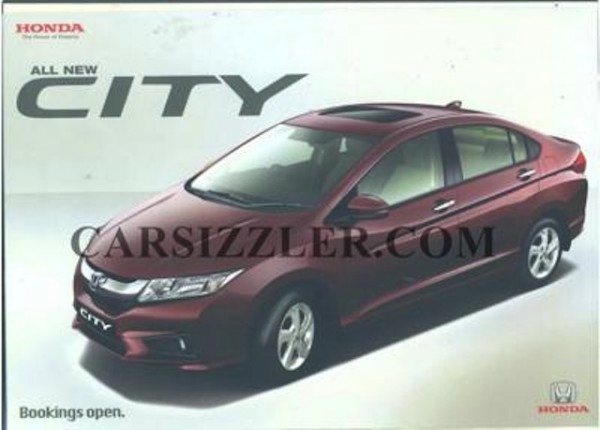 We were easily among the firsts to report that the new 2014 Honda City will be launched in India on January 7. We were also quick to report when the features list of the upcoming car made a surprise appearance at a little known group on Facebook.

Click here for some dope on the new 2014 Honda City

Now, what we have here with us today are 2014 Honda City brochure scans, that have surfaced ahead of car’s launch date. 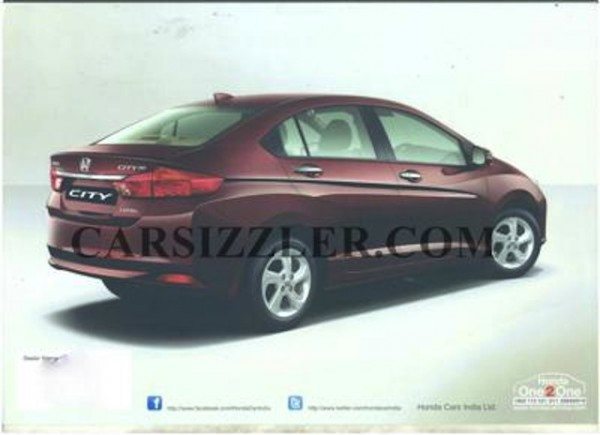 The fourth gen City (for India) sports a styling that is based on the Honda H Design design study that we saw earlier this year. The 2014 Honda City measures 4440 mm in length, 1695 mm in width, and 1495 mm in height.

Other than being more spacious, the new gen City is also more loaded than the outgoing model and some of our favorite premium features on offer include-

In Car Entertainment (ICE) fans should like the new City’s audio system, which consists of- 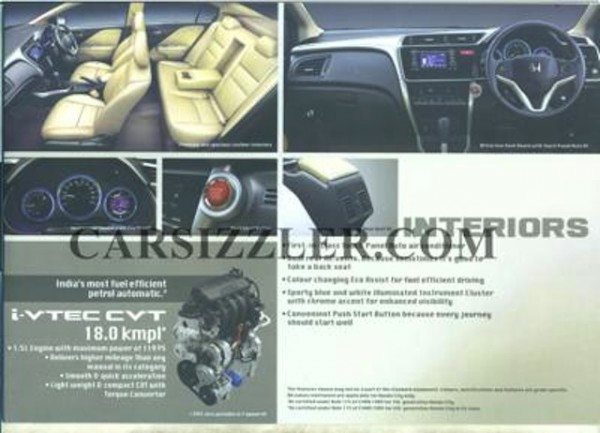 The new City will go on sale with diesel engine variant, which is powered by the same 1.5 litre i-DTEC diesel engine that powers the Amaze. This oil burner, which comes mated to a six speed manual transmission for the City, makes the City diesel the most fuel efficient car in the country by bestowing it with an ARAI claimed FE figure of 26kmpl. The petrol variant, which is powered by a re-tuned version of the same 1.5 litre iVTEC 4-pot motor that powers the current model, has an ARAI claimed FE figure of 18kmpl (for CVT). 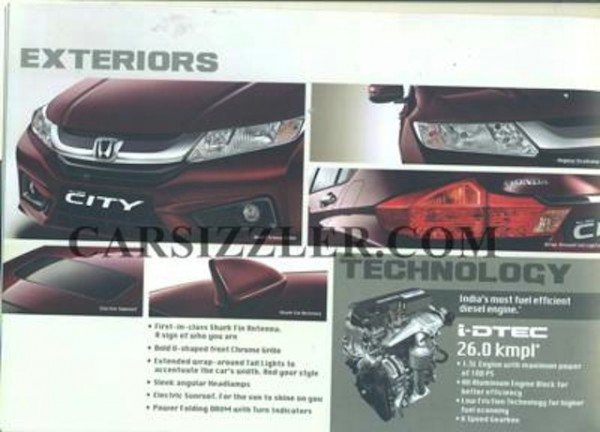