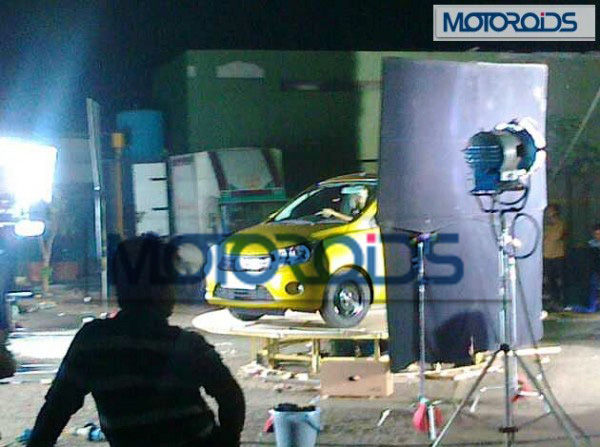 We have been reporting in detail about the upcoming Maruti Suzuki Celerio. (Click here to read our earlier story on the Celerio)

The Celerio, which is basically an A-Star and Estilio replacement, is among the 40 odd cars that are coming to us this year and will be unveiled at the upcoming Auto Expo 2014, which will be held in early February. The Celerio, which is better known as the Suzuki YL7, could really be the next ‘big’ small car from MSIL, which is a small car specialist.

A recent report by Economic Times suggests that the upcoming Maruti Celerio could boast of a segment-first automated manual transmission (AMT). An AMT system basically does away with the need of using the clutch pedal completely while shifting the gears. AMT systems make driving a lot more hassle free in conditions such as stop-go city traffic and yet, are much  cheaper than the conventional automatic gearboxes. Also, AMT systems help in bestowing the car with higher fuel efficiency than the manual transmissions. We won’t be surprised to see the Celerio being 3-7 percent more fuel efficient than the already frugal A-Star.

As must be obvious to you by now, powering the Celerio would be the same 1 litre, 3 cylinder, K10 petrol engine that can be found under the hood of A-Star, Estilo and the WagonR. The 3 pot motor has a max power of 67PS and is known for its peppy performance.

It would be interesting to see if the Celerio’s AMT transmission would catch the fancy of small car buyers in India. Stay tuned for more updates.