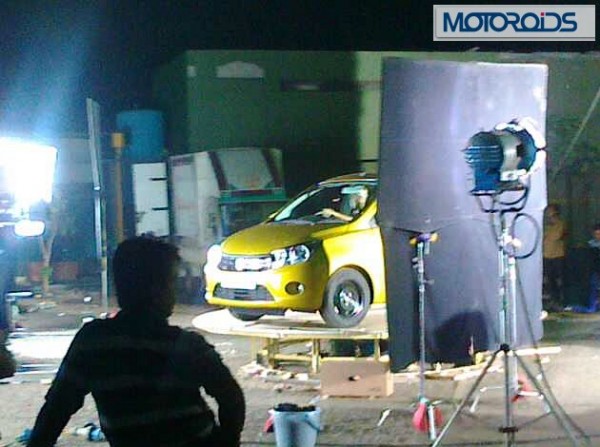 Minutes ago, we reported that the upcoming Suzuki YL7 hatchback, which is slated to be a Maruti A-Star replacement, will be sold as the Celerio. Now, what we have here are a handful of pics of a totally undisguised Maruti Celerio display vehicle, which seems to be preparing to make its first appearance. These pics come from our friend Dhananjay.

As is a well known fact, the Maruti Celerio will make its public debut next month at the the Auto Expo 2014 and will replace the not-so-high-selling A-Star in our market. It may be noted that even the current A-Star, which is essentially a Suzuki Alto, is sold under Celerio moniker some international markets.

It is being said that the Celerio will not just replace the A-Star alone. Instead, it will also be a replacement for the now defunct Estillo. The Celerio is basically the production avatar of the Suzuki A:Wind concept that made its debut at the 2013 Thailand Motor Show. 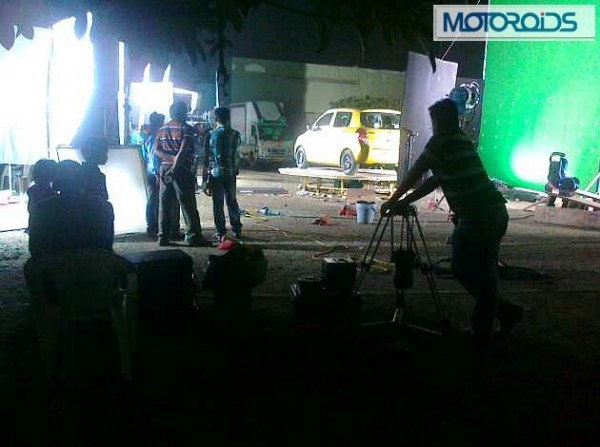 It is being expected that the Maruti Suzuki Celerio will be powered by the same 1.0 liter K-Series engine that powers the AStar/Alto K10/WagonR. This 998cc 3 pot motor has a decent max power of 67 bhp and peak torque of 90Nm@3500 RPM. Currently, this engine has an ARAI tested fuel efficiency of 20.2 kmpl for the Alto K10. However, we won’t be surprised if it gets a re-map to become even more fuel efficient for the Celerio.

Also, somewhere down the line, the Celerio could also get the quintessential diesel engine, which should make the life tougher for Chevrolet Beat and the likes. 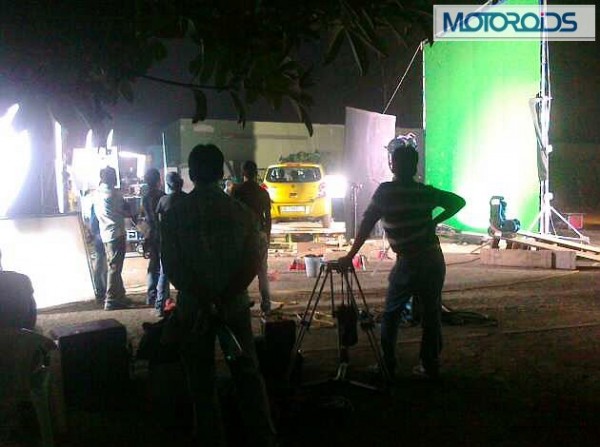 It is being expected that the Celerio will be only a little pricier than the WagonR and will play a perfect baby brother to the Ritz hatchback.

Stay tuned to Motoroids for more updates on the upcoming Maruti Suzuki Celerio. (Click here to read about all the 40 odd cars that are coming to us this year)