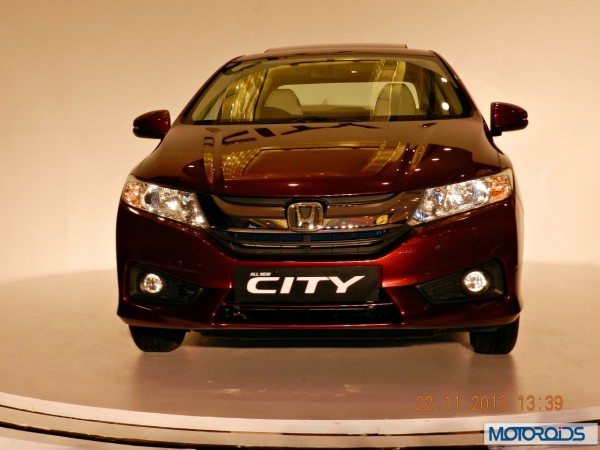 The new Honda City India launch event is slated to happen on January 8. Honda Cars India have confirmed the launch date in an invite sent to us and with this, the earlier news of the launch date falling on January 7 can be safely binned.

The new Honda City was unveiled some time back and the bookings for the upcoming car are already underway. The new Honda City, which is the fourth generation model for India, will be launched in two engine and two transmission options.

Powering the 2014 Honda City petrol variant is the same 1.5 liter 4 cylinder SOHC i-VTEC motor that powered the outgoing model. For the new gen model though, it has been re-tweaked to pump out a higher max power of 119 PS. This engine will be available with a 5 speed manual and a CVT transmission. The petrol engine variant of the City has an ARAI certified fuel efficiency of 18 kmpl.

Powering the new Honda City diesel variant will be the all-aluminum 1.5 litre iDTEC engine that will come from the Amaze. This engine has a max power output of 100 PS and peak torque of 200 Nm. For the City though, this engine will come mated to a 6 speed manual transmission (instead of the 5 speed manual on Amaze). The 2014 Honda City diesel has an ARAI tested fuel efficiency figure of 26 kmpl, and with this, the new car will become the most economical car in the country. The extra 6th cog has helped achieve this higher figure.