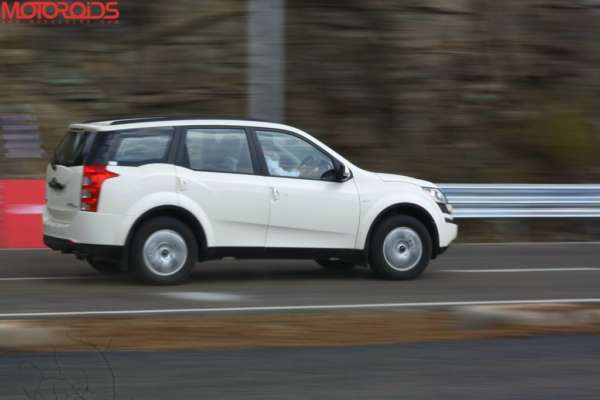 We reported in detail when it emerged that the Mahindra XUV500 W4 Launch is just around the corner. Now it has emerged that the upcoming entry level variant will go on sale before the end of this month and would be priced at INR 10.99 Lakhs (ex-Delhi). This would make the W4 more than a lakh rupees cheaper than the W6, the current entry level variant in the XUV line up.

Of late, Mahindra has been witnessing a quite a slump of sorts in the demand for its flagship SUV. This could be attributed to two reasons-

The XUV500 W4 would be launched at just the right time to cash in on the higher demand during festive season.

Those who have been closely following the auto industry would know that at one point of time, such was the demand for the XUV500 that waiting periods used to extend till as much as a year and Mahindra even resorted to suspending of the bookings of the XUV to ease off the burgeoning waiting periods. Now however, Mahindra XUV500 is barely managing to find little over 2,000 takers a month and the carmaker feels that the introduction of the W4 variant could very well attract buyers of compact SUVs towards XUV500.

While the XUV500 will miss out on some features, it would remain mechanically the same. This means that powering the car would be the same 140bhp 2.2L diesel engine that powers the current variants. This engine comes mated to a six-speed transmission. Features that won’t be available on the W4 variant include a 6-inch touchscreen infotainment display, DVD player, tyre pressure sensor, parking assistant, rain sensing wipers and light sensing headlamps.

The good part is that the W4 variant will continue to boast of safely features such as dual airbags, and ABS with EBD. However, it doesn’t get ESP, Hill Hold and Hill Descent control.