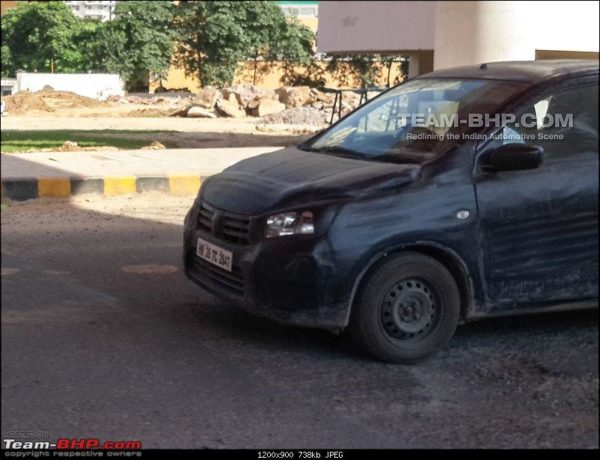 It is almost like it is raining new Maruti AStar (gen next Suzuki Alto) spy pics! Only 4 days ago, we posted a set of spy pics of the 2015 Suzuki Alto, which was spotted testing in the NCR and now, a handful of more images of the upcoming model have surfaced on the web world.

Codenamed as the YL7, the next Alto will have an all new design and will probably get a diesel engine at a later stage. Various spy pics we have seen so far reveal that the the car will be taller and will have a longer wheelbase than the current model. This means that the car could boast of more airy interiors and probably better leg room at the rear. Visually, the car could feature plenty of design cues taken from the SX4 S-Cross concept. However, akin to the current model, it would come with thick B and C Pillars. Also, the taillamps seem to bear striking resemblance to those on the current JDM-spec Alto. 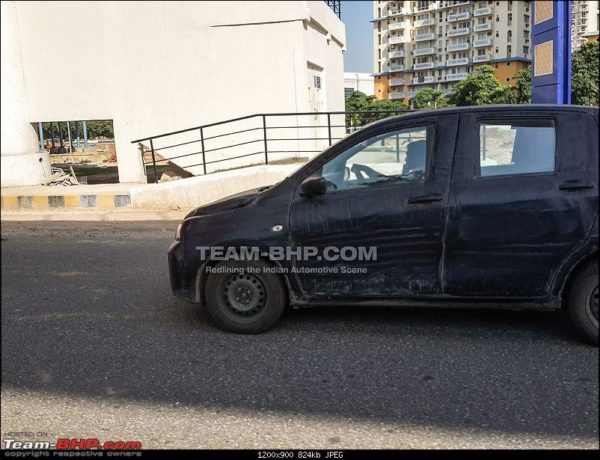 Worth mentioning is the fact that the Alto has been easily the most successful of entry level hatchback from the Japanese auto maker. The sixth generation Alto, which is sold as the AStar in India, came way back in 2009 and hence, it is only obvious that Suzuki intends to soon come up with the next gen model. The next gen Alto is expected to have higher levels of equipment, fuel economy and power. Also, the new car could be launched with a small capacity diesel engine option.