The world is a quiet place now and the automotive industry, even more so. The coronavirus lockdown has resulted in automobile manufacturers postponing their launches. It is going to be a while when we will see new motorcycle launches but as they say, the sunrise after the darkest night is the most gorgeous. We just have to get past this quarantine safely because good times lie ahead of us motorcyclists. Several motorcycle manufacturers are planning to launch some wildly anticipated motorcycles in India after the lockdown gets over. Here’s a list of motorcycle launches which might happen when the coronavirus outbreak calms down a bit:

Sometime back, Hero invited us at their CIT facility to showcase some of their new products which included Xtreme 160 R too. The engine displaces 160ccs, is air-cooled, fuel-injected and churns out 15 HP of peak power at 8500 rpm while being mated to a 5-speed gearbox. The acceleration figures are quite interesting though as Hero claims that it can do the 0-60 kmph sprint in around 4.7 seconds which makes it quicker than some of its rivals.

The previous iterations of the Honda CBR 1000 RR were considered as one of the most friendly litre-class superbikes out there. They weren’t as powerful as their rivals and had rider-friendly characteristics as their USP. That seems to change now as Honda recently unveiled the upgraded CBR 1000 RR-R and CBR 1000 RR-R SP at EICMA 2019. Honda plans to launch the latest iteration of the Fireblade soon. In the latest guise, it derives power from RC213V-S inspired 999.9cc in-line four engine and churns out a respectable 217.5 ps and 113 nm of torque. It will also get an upgraded set of electronics to help put that power down. 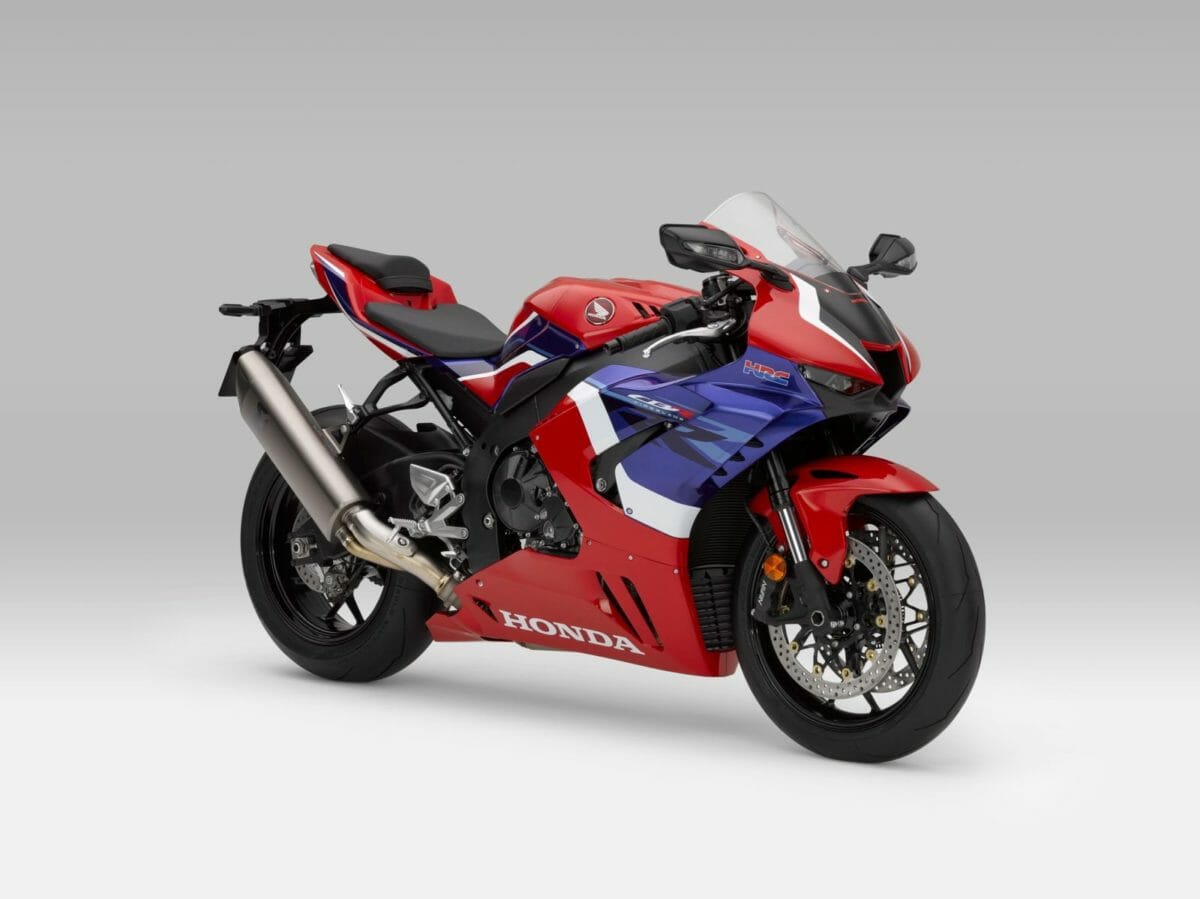 We previously reported that the new and updated 2020 Triumph Street Triple RS was slated to launch on 25th March but unsurprisingly, Triumph has postponed the launch because of the current situation. We can expect Triumph to launch the new Street Triple RS as soon as the lockdown ends. India launch might happen sometime after the global launch. 2020 Street Triple RS receives some minor styling updates and a few mechanical ones to make it more rider-friendly. 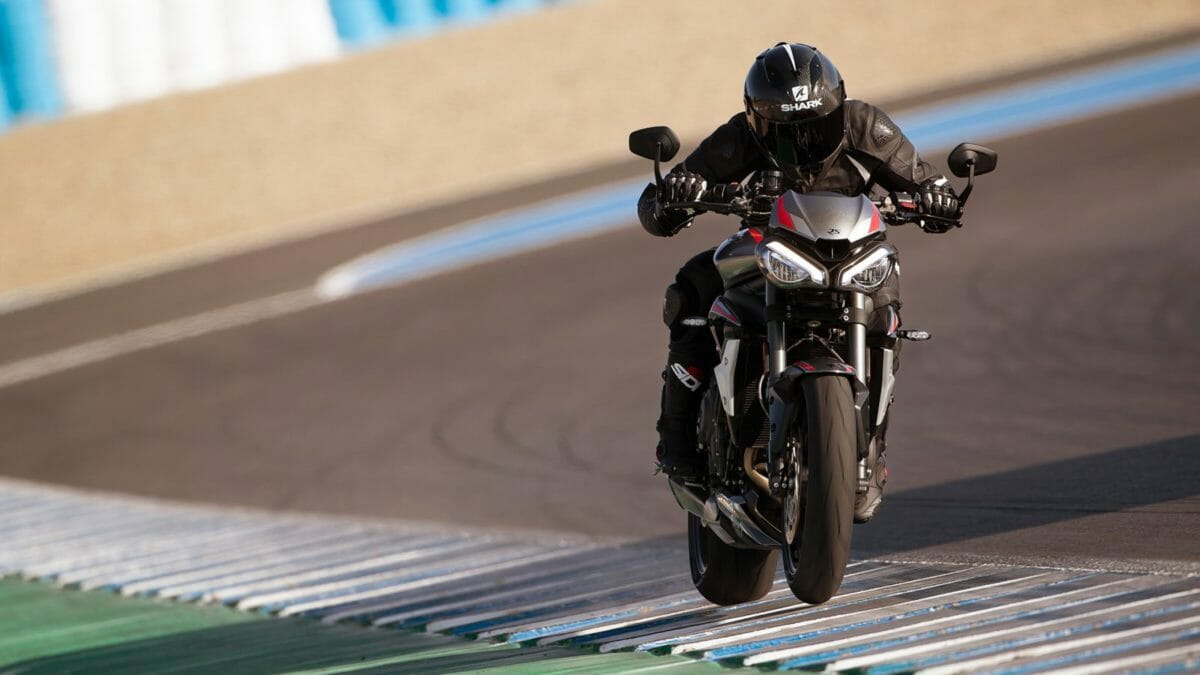 Leading the electric front will be Evolet Hawk from Rissala Electric Motors. It’s a very sharp looking fully faired electric motorcycle which boasts of a range of 150 km on a single charge while the top speed is rated at 80 km/h. It flaunts its attractive design and has a well-sculpted tank, projector headlamps, clip-on handlebars and a fully digital instrument cluster. It is also expected that it will get a dedicated mobile app. 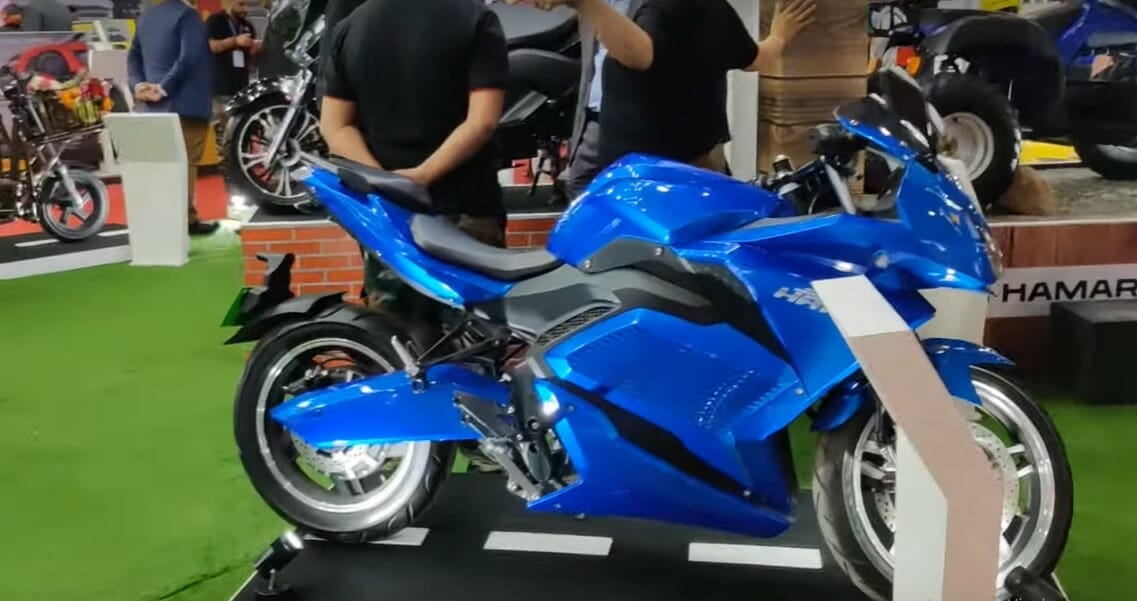 CF Moto plans to bring the faired cousin of the naked 250 NK soon after things get going again. It is expected to carry forward the same underpinnings as the 250 NK. It will be powered by the same 249 cc, single-cylinder, four-valve, liquid-cooled engine which puts out 26.5 bhp at 9,000 rpm and 22 Nm of peak torque at 7,500 rpm. It is also expected that instead of bringing the 250 SR to India, CF Moto might bring in the more powerful 300 SR. 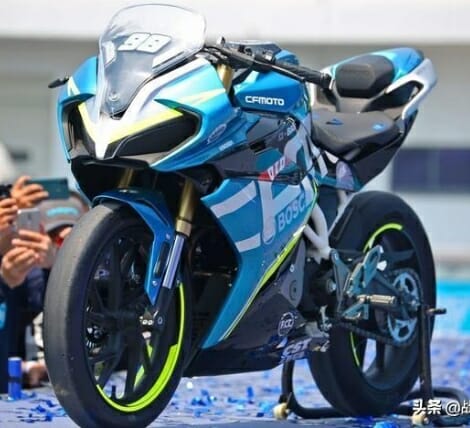 Harley-Davidson has multiple products lined up for the Indian markets and they are just waiting for the right time to launch their motorcycles. The first launch is likely to be of the Iron 1200. Visually, it looks in line with its small brother, the Iron 883 but packs more torque derived from its 1202 cc V-Twin engine. The torque output is rated at 96 NM. Once launched, it is going to strengthen Harley-Davidson’s hold in the middleweight segment. 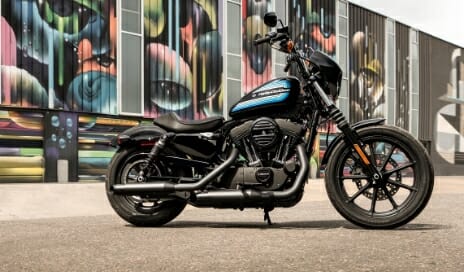 Kawasaki is also planning to bring in its updated Ninja 650 in India because its previous iterations have been a big hit in the Indian markets. The 2020 Ninja 659 gets styling updates and looks more aggressive than before. It will come with a new 4.3-inch full-colour TFT screen with Bluetooth connectivity. The Ninja 650’s 649cc, parallel-twin motor is now BS-VI/ Euro 5 compliant which has resulted in a 1.7Nm decrease in torque. The power output remains the same though at 67.2 bhp. 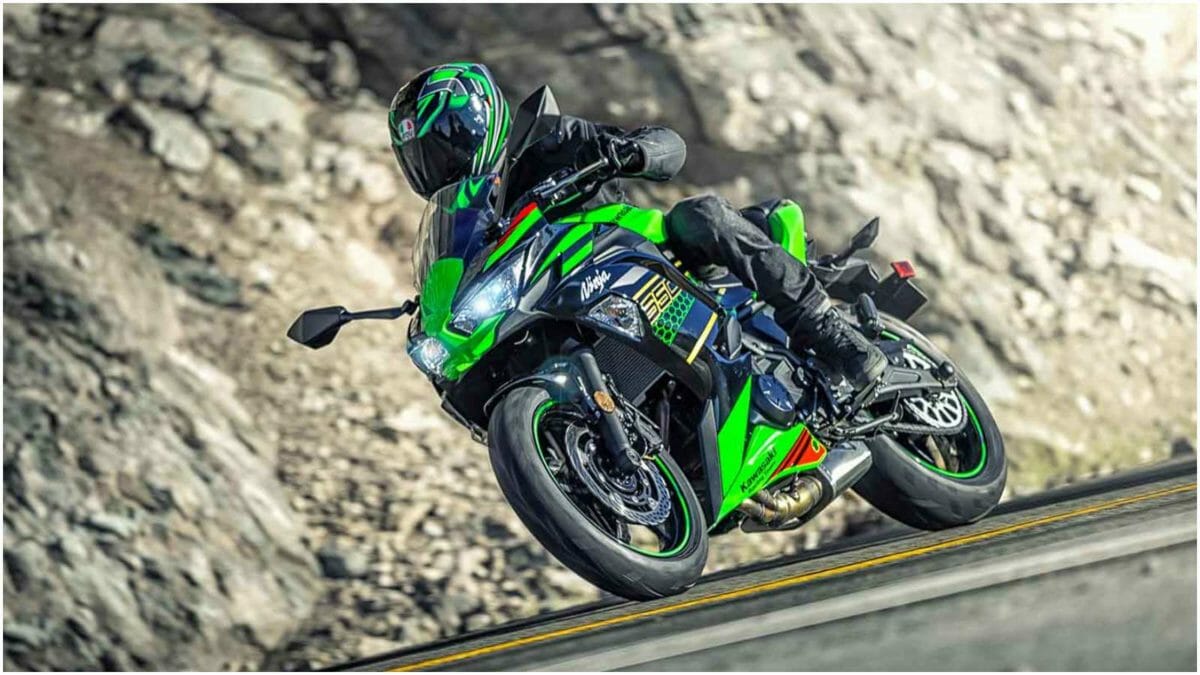 The updated 2020 version of the H-D Low Rider S is the most powerful and aggressive edition of the storied Low Rider since its inception in 1977. Powered by the Milwaukee-Eight 114 motor which is good for a whopping 161 nm of torque! Harley-Davidson has made sure to equip the Low Rider S with a comprehensive set of electronics as it gets cornering ABS, traction control, hill hold control as standard. 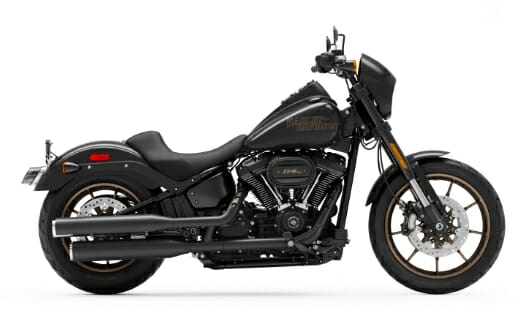 Ducati was all set to launch the Streetfighter V4 on 25th March but had to postpone the launch because of the global lockdown. This ferocious naked uses the same 1103 cc Desmosedici Stradale V4 engine that does the duty on the revered Panigale V4. In the Streetfighter V4, it produces 208 HP of power in the stock version and 220 HP when fitted with Akrapovic Exhaust system, which is also 6 kgs lighter. Features like switchable riding modes (Race, Sport and Street), a 6-axis IMU system, cornering ABS, Quickshifter, EVO electronic aids and the latest generation traction control, are all available on the new Ducati Streetfighter V4. 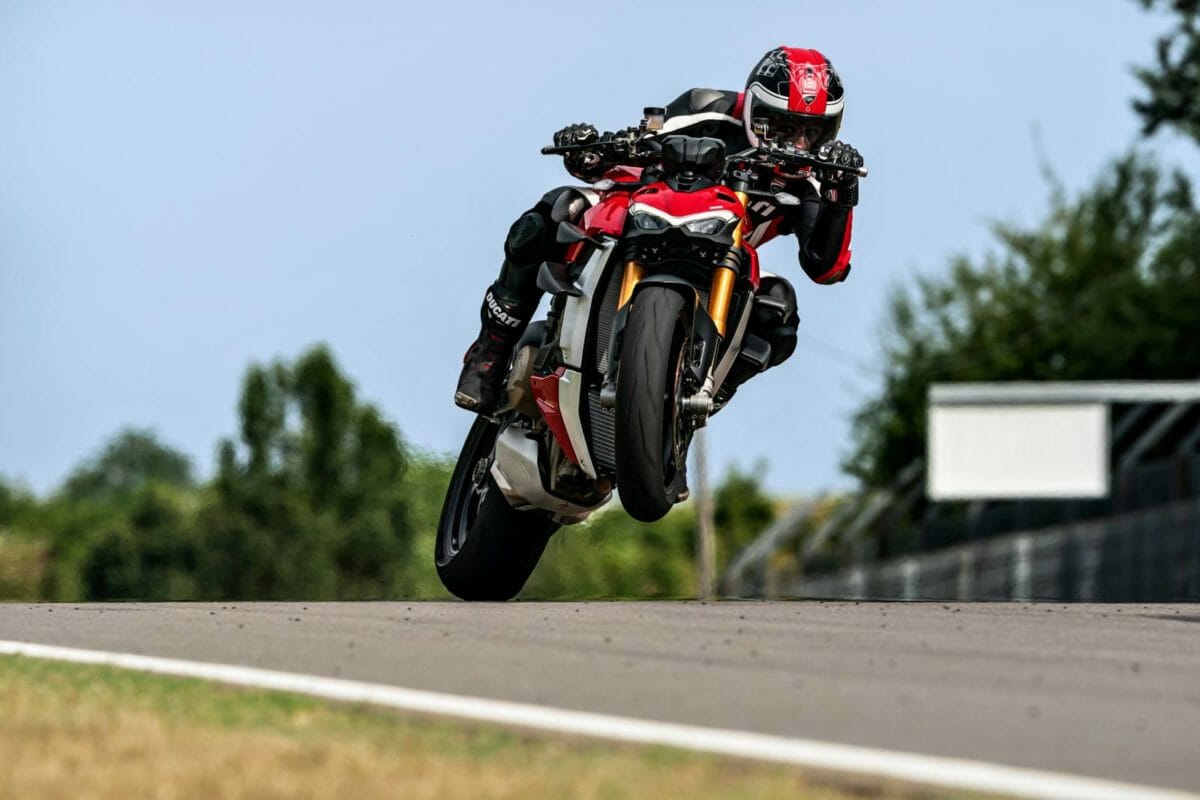