Ford will be replacing the current Figo with the new Figo (KA) next year.  Now, according to a report by AutoColumn, the production commencement date of the car in the Indian facility has been revealed. The car will go into production on 15th Feb, 2015. In about a month or two, the car is expected to hit the Indian showrooms.

The Ford Ka seen here  in the image manages to retain many design cues which were showcased on the Ka Concept in November last year. In fact, barring the tweaked headlight that get different mirror elements with a smoked effect, and the missing chrome from the front bumper, the Ka does not go through any major design changes when compared to the concept. The 2015 Ford Figo (KA) gets an identical grille which can also be seen on the newly launched 2014 Fiesta facelift. 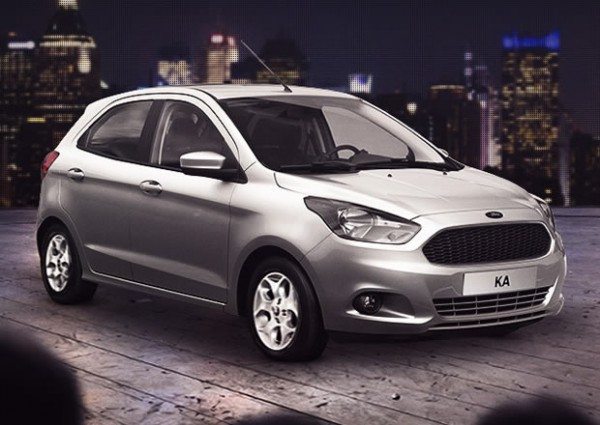 Powering the 2015 Ford Figo (KA) would be a 1.2 liter petrol motor and a 1.5 liter diesel engine. Ford is also working on a 1.1 liter diesel mill which is likely to make its way under the hood of the 2015 Figo. With this, Ford will launch the car with two diesel engine options.

The Brazil spec Ka will be launched with a naturally aspirated 1.0-liter three-cylinder petrol motor which will pump out 85 bhp of power and 10.7 kgm of peak torque. The engine would be mated to a 5-speed manual transmission and would be capable of running on gasoline and ethanol.