The spy photographers at Carscoops have caught the upcoming 2015 Audi A7 Facelift in Germany. As can be seen from the pics, the car is wearing half camouflage on the lower side only.

This sportback from the Ingolstadt based carmaker, competes with the likes of the BMW 6 Series Coupe and the Mercedes-Benz CLS. Unfortunately, the front of the car wasn’t captured, but we can expect a minor refresh to the front bumper and the grill. 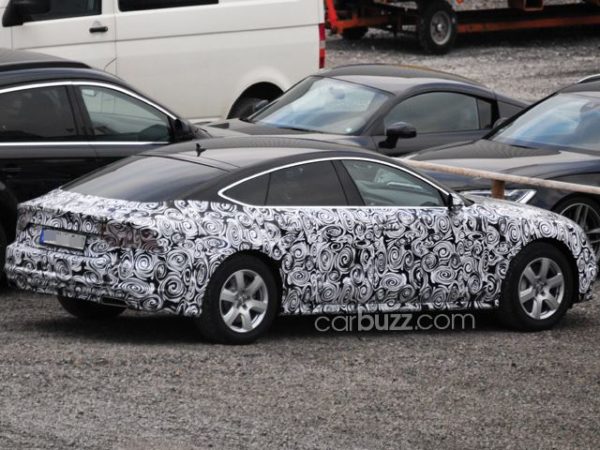 Also, Audi will equip this car with the Matrix LED headlamps, which have been seen on the Audi A8 in the spy pics, and generates enough hype. These Matrix LED Lamps, work in co-ordination with the car’s navigation system, and adjusts the beam according to the road conditions. Audi says it’s the first electronically controlled glare free high-beam system in the world and that the technological advancement is comparable with the transition from typewriter to printer. 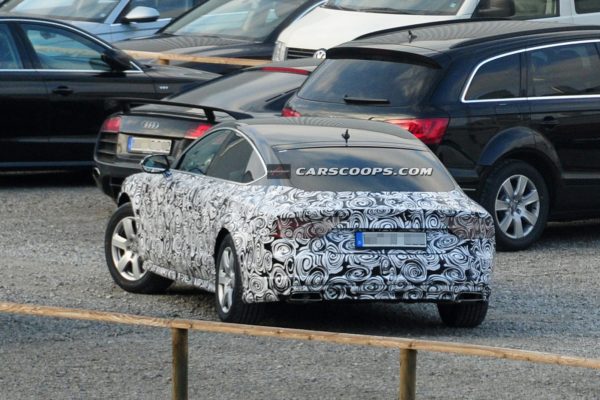 On the rear side, new graphics on the rear LED lights are noticeable from the shots, as is a new bumper with integrated trapezoidal exhaust tips. The hatch on this test mule of the facelifted A7 features the high mount brake-lights, which run throughout its length. On the interior side, Audi might provide a few upgrades. 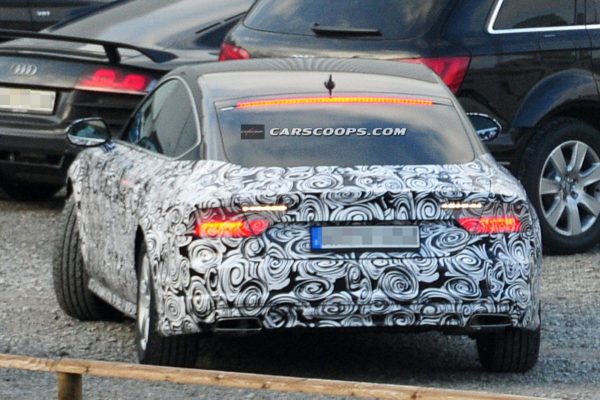 The 2015 Audi A7 is expected to be powered by the same engines, as its predecessor, with a minor bump in power. Also, the new engines will be more efficient than the outgoing ones.