Home Hyundai Upcoming 2014 Hyundai Grand i10 Spied Inside and Out 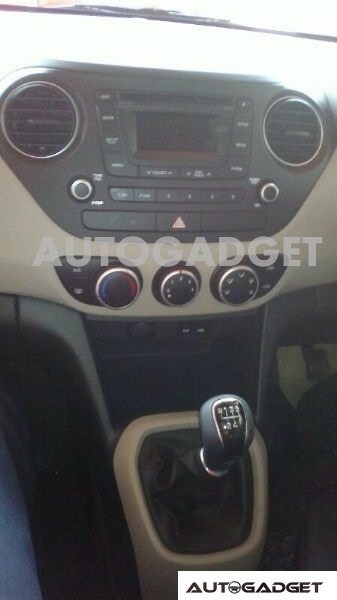 The upcoming Hyundai Grand i10 refuses to go out of news!

Only yesterday, we reported that several Hyundai India dealers across the nation have started taking unofficial bookings of the soon-to-be-launched car and now, pics of interiors of Grand i10 have surfaced on the web world. It mat be noted that Hyundai India refrained from publishing pics of the car ‘s interiors back when it released the details of the car. 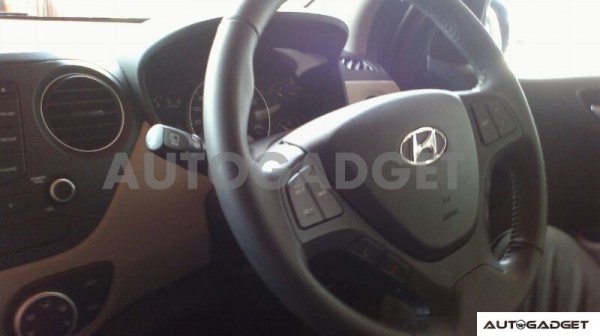 As can be made out from the pics, the interior panels of the car, much like the exteriors, look like an evolved species of those on the earlier car. The car will come with black-beige color option for the interiors and the car’s gear lever, in typical i10 fashion, will be found positioned at the lower part of the centre console.

It is being said that the Hyundai Grand i10 would come with some “first in class” features such as an integrated Audio system with 1 GB of internal memory, a cooled glove box, rear AC vents, Push button start, Smart Key and Electronically Adjustable and foldable OVRMs, et al.

The new Grand i10 will be launched in both petrol and diesel engine options. Powering the petrol variants will be the same 1.2-liter Kappa2 engine that powers the i10 and the i20. The diesel engine variant gets a newly develped 1.1-liter three cylinder diesel engine that has been derived from the i20′s 1.4-liter CRDi motor. Though Hyundai has so far refrained from publishing the spec sheets of the new car, we reckon that the diesel engine would have at least 70 PS of max power. 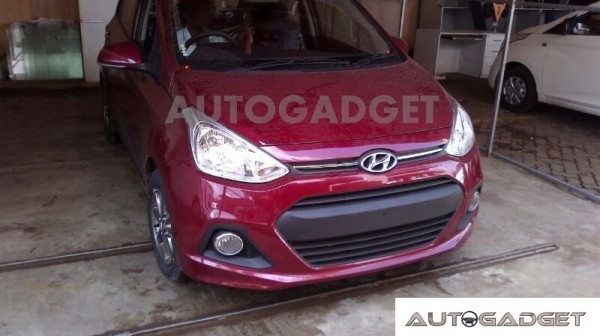 The exteriors of the Grand i10 are no less contemporary than the interiors. The Grand i10 benefits from the carmaker’s Fluidic design language and looks very much like what a modern day Hyundai should.  The car’s exteriors borrow no design cues from the last gen i10 and yet, the design can easily be termed as evolutionary. Hyundai India hasn’t yet published the images of their new car’s interiors but we guess the interiors would be as well groomed as the exteriors. 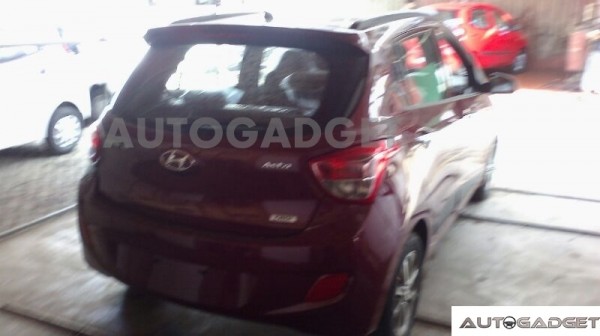