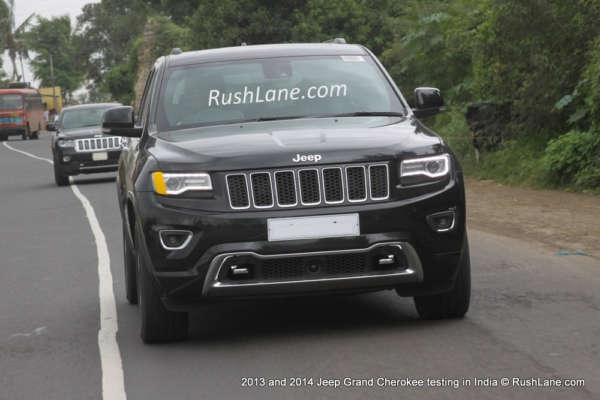 That the Indian subsidiary of Fiat plans to launch the Jeep brand of vehicles in India is a well known fact. Jeep vehicles have been spotted testing on numerous occasions and it is being said that these vehicles would be tested on public roads of India for a million miles before being officially launched in the fast growing car market of our country. 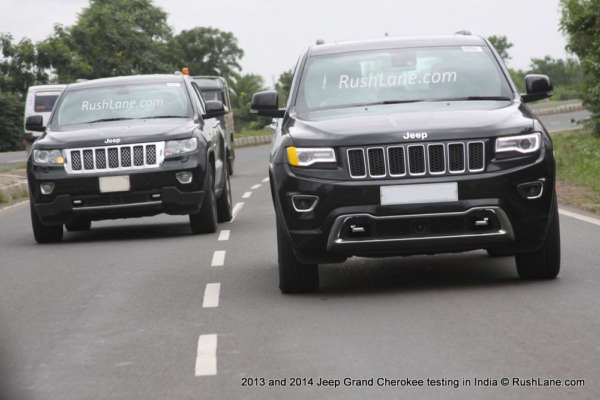 Now, thanks to good folks at RushLane, here is a spy pic of both the 2013 and 2014 model year of Grand Cherokee testing together on Indian roads. The recent pic provides a good look at the differences in styling of the two models. While on one hand, the 2013 model Grand Cherokee sports a chrome grille and rectangular headlights, the 2014 model comes with sleek headlamps that sport Daytime Running Lamps (DRLs) and minimal chrome on the grille (not that we are complaining). 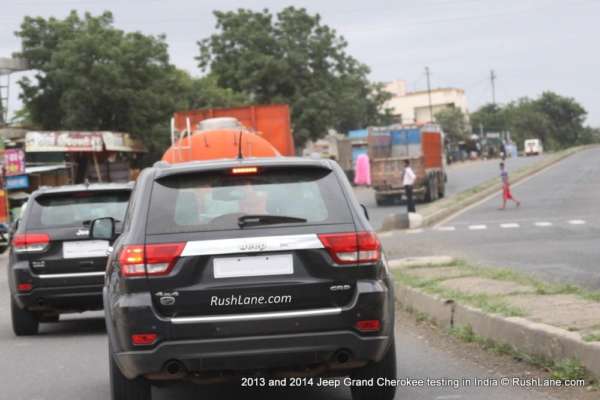 At the rear end, the 2014 Grand Cherokee comes with a different set of combination light and doesn’t get any chrome near its number plate.

It is pretty much for sure that India would get the latest Grand Cherokee, which also gets a handful of new features and not just a different front and rear styling. The earlier car’s test mule could be here only for testing of the mechanicals. 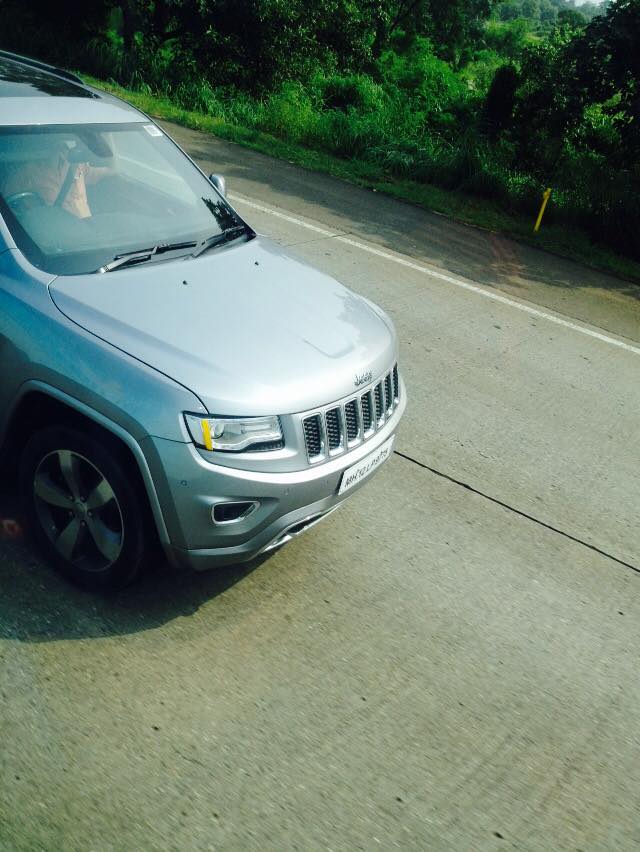 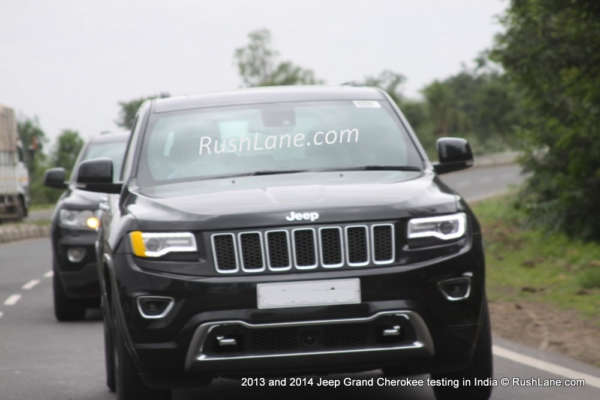 The 2014 Jeep Grand Cherokee will be brought to us via completely built unit (CBU) route and it is obvious that we would get the 237bhp 3 Litre V6 turbo diesel engine for our market. This engine variant gets the new ZF 8 speed auto ‘box for transmitting all that power to the four wheels. The car also gets a start stop system to aid fuel economy.

The Jeep Grand Cherokee and the Jeep Wrangler, which will be launched in India sometime towards the end of this year, aren’t the only two Jeep products that are coming to us. Jeep will also launch a B-Segment SUV in 2015 and will launch a C-Segment SUV in 2016. Jeep India will have a dealer network comprising of 82 dealers and even more service centres.