The upcoming 2014 BMW X5 M has been spied undergoing testing with minimal camouflage. The car will be unveiled hopefully at the 2014 Geneva Motor Show in March 2014. 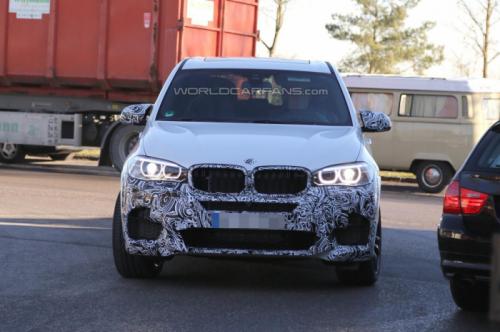 With less weight than the old model, performance will be upped.

BMW has already come up with the third gen BMW X5, so the Bavarian car maker is readying the M performance variant for its launch by mid 2014. The top-of-the-line M variant will feature large air intakes in the front bumper, blue brake calipers, a roof mounted spoiler and M quad exhausts. 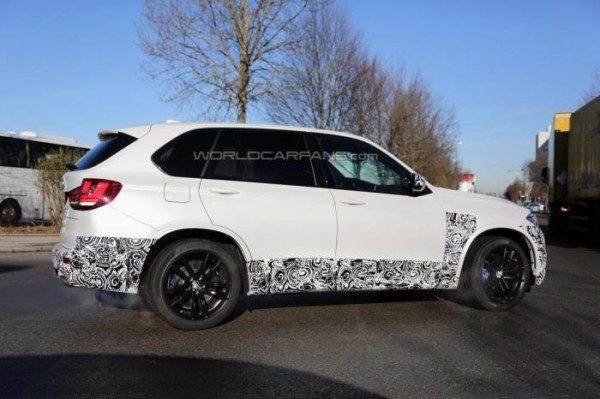 The engine will be the same 4.4 liter V8, but will develop more power and torque 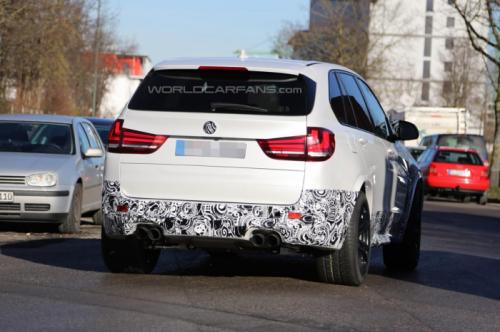 The 2014 BMW X5 M is expected to make its public debut at the 2014 Geneva Motor Show in March, and will go on sale shortly after that.

Stay tuned to Motoroids for more dope on the upcoming BMW X5 M.