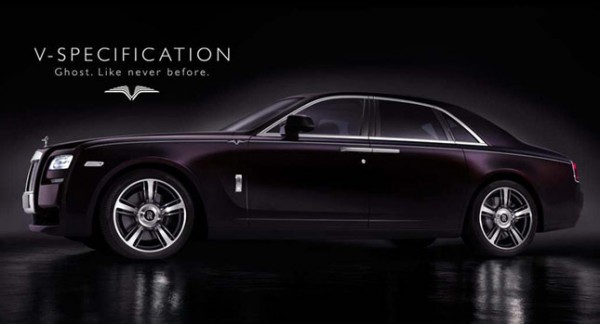 The Rolls Royce Ghost V-Specification is powered by an updated twin-turbocharged 6.6-liter V12 engine that has a max power of 593 hp (601PS). This makes the V-Specification as much as 30 hp more powerful than the standard Ghost. Other than having a higher max power output, the engine also boasts of better fuel economy figure (17.3 mpg vd 16.7 mpg in US cycle) and marginally lesser C02 emissions (327 grams vs. 329 grams).

While the car maker hasn’t revealed the total units of the V-Specification that it will produce, it has said that the car will be produced for a limited period of time. The car has a sticker price of €330,820/$450,480) (inclusive of 19 percent VAT).

The new Rolls Royce Ghost V-Specification could be headed to Geneva for its public debut later this year.

Stay tuned to Motoroids for more updates on the new Roller.