(Keep hitting Ctrl+F5 on regular intervals for viewing the LIVE updates on this thread.)

With this, the new Mercedes Benz S Class becomes the third new car to go on sale in India in 2014 (First two being the Audi RS 7 and the new Honda City respectively). 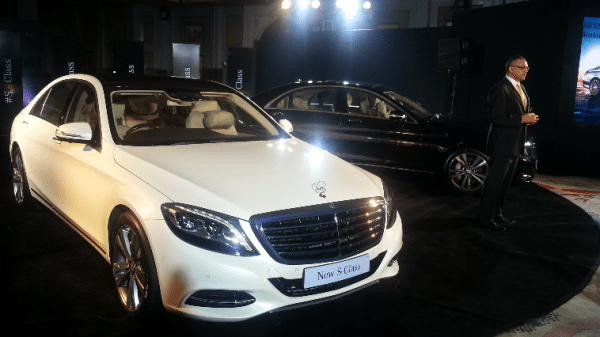 As we were expecting, the new 2014 Mercedes-Benz S Class has commenced its Indian innings in just one variant- the long wheelbase S500 petrol, which comes to us via CBU route. The CKD assembly of the new Mercedes-Benz S Class in India is expected to commence in July, which will begin with the launch of the S350 CDI diesel variant of the new gen S Class.

Powering the new Mercedes Benz S500 is a 4.7 litre twin turbo V8 petrol engine that has a max power of 453 bhp and peak torque of 700 Nm. Mercedes India has decided against launching the 4MATIC all-wheel drive system in India and hence, the power is sent to rear wheels via a 7 speed automatic transmission.

If company figures are to be belived, the new Mercedes Benz S500 can dismiss 100 kmph mark on speedo from standstill in just 4.8 seconds and has an electronically restricted top whack of 250 kmph.

As we said above, the new Mercedes Benz S500 has gone on sale in India at a price of INR 1.57 crores (ex-Showroom, New Delhi). The rather stratospheric price tag is courtesy high import duties and the new S is expected to become considerably cheaper with the advent of the S350 CDI diesel variant, which will be locally assembled.