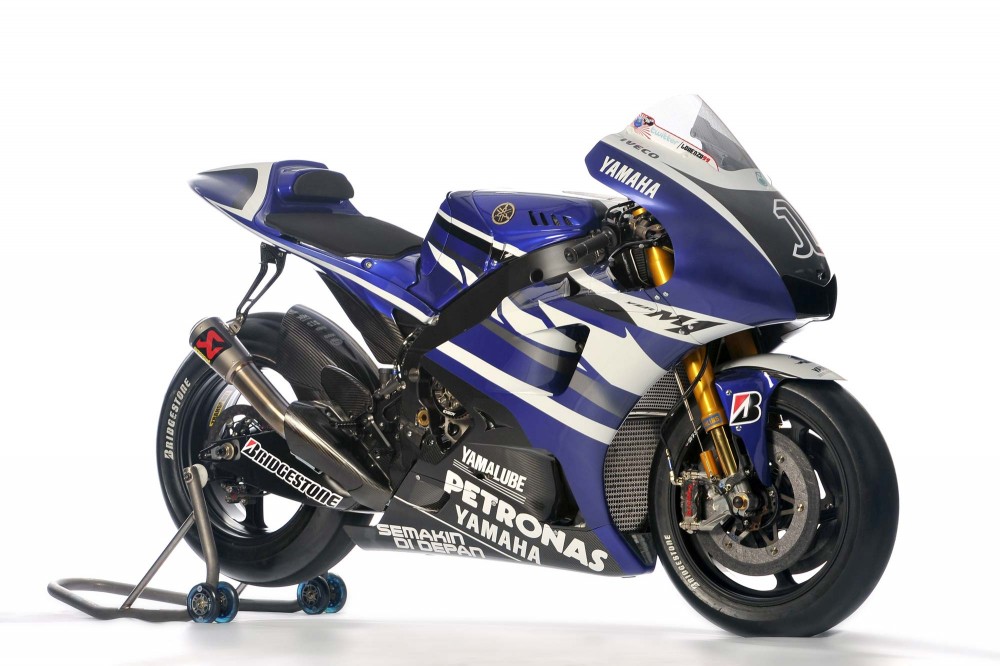 Yamaha has officially unveiled the livery and team for its 2011 MotoGP campaign. The company has also released the pictures of its official factory bike for the year 2011. Changes for the 2011 on the bike include a refined chassis and a tad more powerful power plant. The company is still not reveling some technical specs which it thinks may be crucial to its 2011 campaign.

It would be interesting to see whether Jorge Lorenzo, who was racing neck to neck with Rossi as a Yamaha team-mate would be able to keep up with the Doctor on Ducati. We get a wicked smile on our face by the very thought of the competition that the two brilliant racers have in stores for us.