Home News UM Motorcycles ‘Riders for A Cause’ Rally Spreads Awareness About Crimes Against Women, And Humanity

As part of its corporate social responsibility, UM Lohia Two Wheelers concluded its ‘Riders for a Cause’ rally, carried out via the inaugural ride of the 22nd chapter of its motorcycle club ROAR (Rebels on a Renegade) with a pledge to spread awareness about crimes against women, and humanity at large. The two day tour started in Calicut via Kannur and finally concluded in Wayand, covering a total distance of 458 kms. The ride was flagged of by Meera Dharshak, Deputy Mayor, Calicut. The riders displayed their posters and flags throughout their ride to create awareness about atrocities against women.

Speaking on the occasion, Rajeev Mishra, CEO, UM Lohia Two-Wheelers Pvt. Ltd said that almost every day the media reports stories of misconduct or harassment against women in the country. It is truly unfortunate that such instances are occurring so frequently and even more so that not many people are aware of such gruesome happenings. 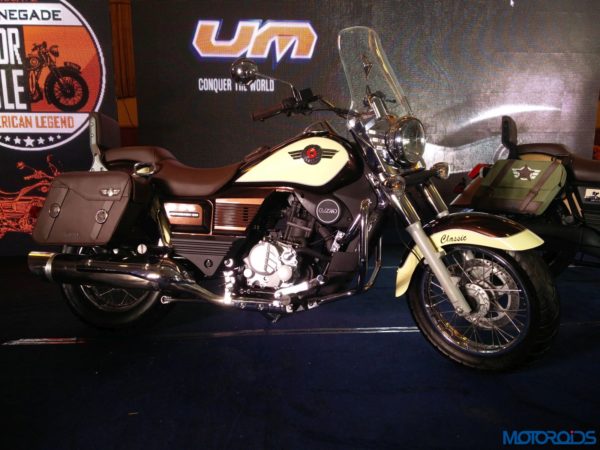 Mishra further added that UM Lohia takes immense pride in ‘Riders for a Cause’ initiative; which the Company feels will serve to motivate riders from all over the country to endorse the goal of spreading awareness. It was incredible how people from different walks of life came together for this rally, united under a common banner, and UM salutes their efforts and contributions to the noble cause.

ROAR has been operational for the last 18 months with 22 chapters across the country. The club is extremely proactive on-ground and on social media, conducting weekend rides. ROAR has built a close-knit rider family for its customers along with undertaking CSR activities involving members and communities around them.