Are you looking for a dual purpose motorcycle that could be your daily steed? Are you one of those, who like us, want Hero MotoCorp to plonk the Karizma‘s motor into the Hero Impulse? Well, if your answer to both the above questions is in affirmative, allow us to introduce you to the new UM Hypersport, a dual purpose motorcycle that might very well be what we’ve been looking for! 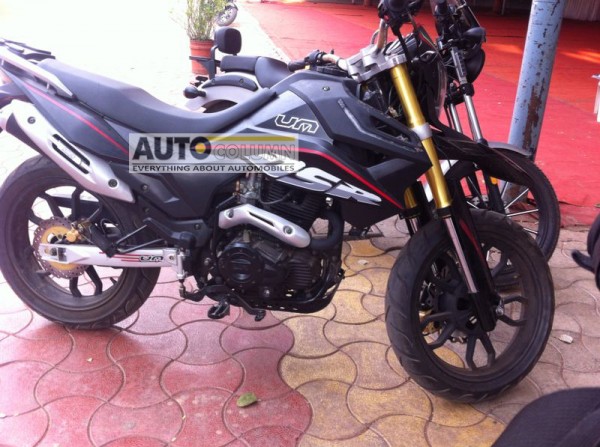 Worth a mention here is that while UM Motorcycles was present at this year’s Delhi Auto Expo, the 2015 Hypersport was conspicuous by its absence at the country’s largest car and bike show. Much like the Renegade Commando, the Hypersport is powered by a 223cc motor that would have a max power of around 18 bhp. This would would mean that the upcoming model won’t be too different from the ZMA-engined Impulse we all have been dreaming about.

The UM Hypersport has some tasty bodywork, along with upside down front forks, a rear monoshock, stylish alloy wheels and dual petal disc brakes.

We await the UM Hypersport India launch. Are you as excited about the prospects of owning a considerably powerful dual purpose bike from this young American motorcycle manufacturer? Do share your views by penning them down in the comments section below.