With a huge number of car enthusiasts in our country, the number of exclusive models coming to India is on a constant rise. Another such model to reach Indian shores is the Aventador SVJ 63. Based on the already bonkers Aventador SVJ, the SVJ 63 celebrates the birth year of the Lamborghini brand and is limited to a mere 63 units worldwide. Finished in the shade of Arancio Atlas, this car joins a rather nice garage in the city of Bangalore. Garage mates of the car would be the Aventador SV roadster, the Aventador S, the Huracan, the 911 GT3, the 911 GT2 RS and many more exclusive cars.

One of 63 models in the world of the #AventadorSVJ63 Coupé is now in India! Here’s to delivering the most exclusive driving experience. #Lamborghini #LamborghiniIndia

A post shared by Lamborghini Bengaluru (@lamborghinibengaluru) on Sep 6, 2019 at 7:42pm PDT

Differentiating this car from the regular Aventador SVJ is the use of additional carbon fibre bits and a unique paint scheme, with the 63 decal on the car. Lamborghini proudly continues to use the massive 6.5-litre V12 engine which screams all the way till 8,500 rpm. The engine is tuned to produce a whopping 770 horses and a twisting force of 720 Nm. Power is sent to all four wheels via a single clutch, seven-speed automatic gearbox. This translates to a 0 to 100 kmph time of 2.8 seconds and the double ton is achieved under 9 seconds, 8.6 to be precise. An added cherry on the cake is a new high-mounted lightweight naked exhaust system which presents itself as a nice replacement for the audio system the car comes with. 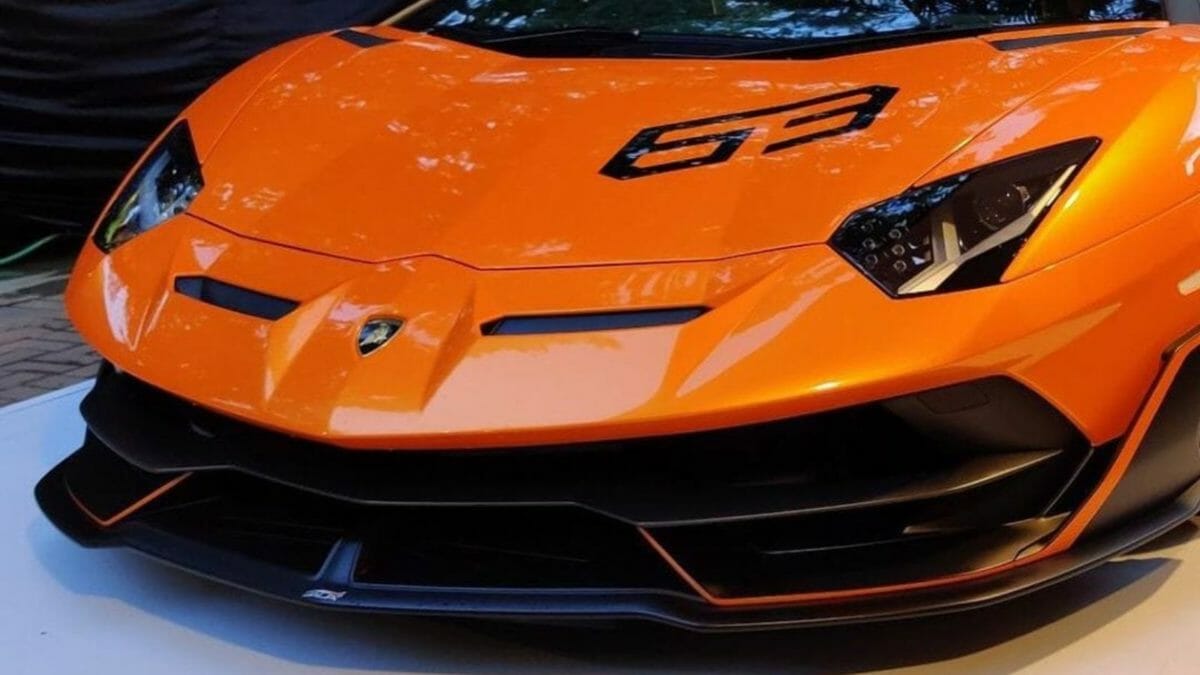 Keeping the car from taking off at high speed is a complex active aerodynamic system called Aerodinamica Lamborghini Attiva (ALA) which is also seen on other Lamborghini cars like the Huracan Evo and Huracan Performante. This system works to provide the least drag or maximum downforce to the individual side of the car depending on the conditions of the road. With the additional, light-weight carbon fibre bits, the SVJ 63 is quite a bit lighter than the Nürburgring record-breaking Aventador SVJ Coupé. Cheer to the petrolhead of Bangalore, who will soon be hearing this ultra-exclusive model run on their streets.