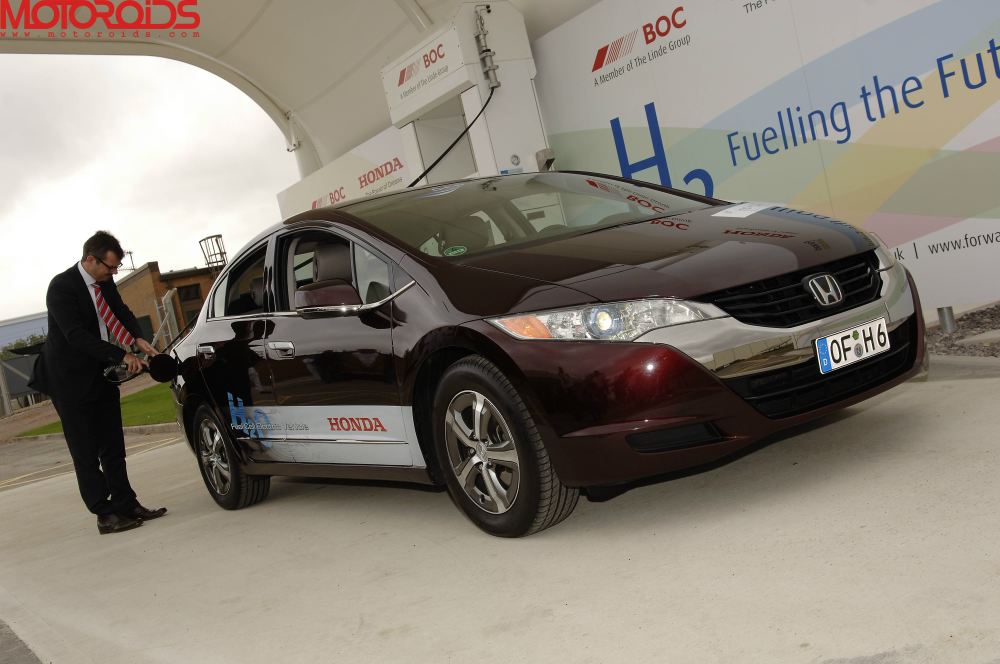 The UK’s first open access hydrogen vehicle refuelling station has been officially opened at Honda’s manufacturing facility in Swindon. Built and operated by industrial gases company BOC, a member of The Linde Group, the venture is the result of a partnership between Honda, BOC and economic development company Forward Swindon.

The new station is open to anyone developing or using hydrogen-powered vehicles. It can fill vehicles at both 350 bar and 700 bar, the two standard filling pressures adopted by the world’s major vehicle manufacturers.

Based on the grounds of Honda of the UK Manufacturing in Swindon, the station aims to encourage the development of both hydrogen-powered vehicles – such as the Honda FCX Clarity fuel cell car – and the refuelling infrastructure to support them.

Among the many innovations of the new station is that it can fill vehicles ‘back-to-back’ from a bank of hydrogen cylinders. This means that vehicles can be filled one after another without having to wait for more hydrogen to be generated.

Another feature is the design: it looks just like a conventional filling station and the time to fill a vehicle is comparable with conventional fuels. The Honda FCX Clarity, for example, takes less than five minutes. For the consumer, then, the experience should be very similar to refuelling at a normal petrol station.

Thomas Brachmann, Head of Electrical Powertrain R&D at Honda, commented: “Hydrogen fuel cell technology is the ultimate transport solution; meeting environmental demands but also delivering the range and performance that customers expect. The cooperation on this project between vehicle manufacturers like Honda, infrastructure providers like BOC and the public sector can be a blueprint for future development.”