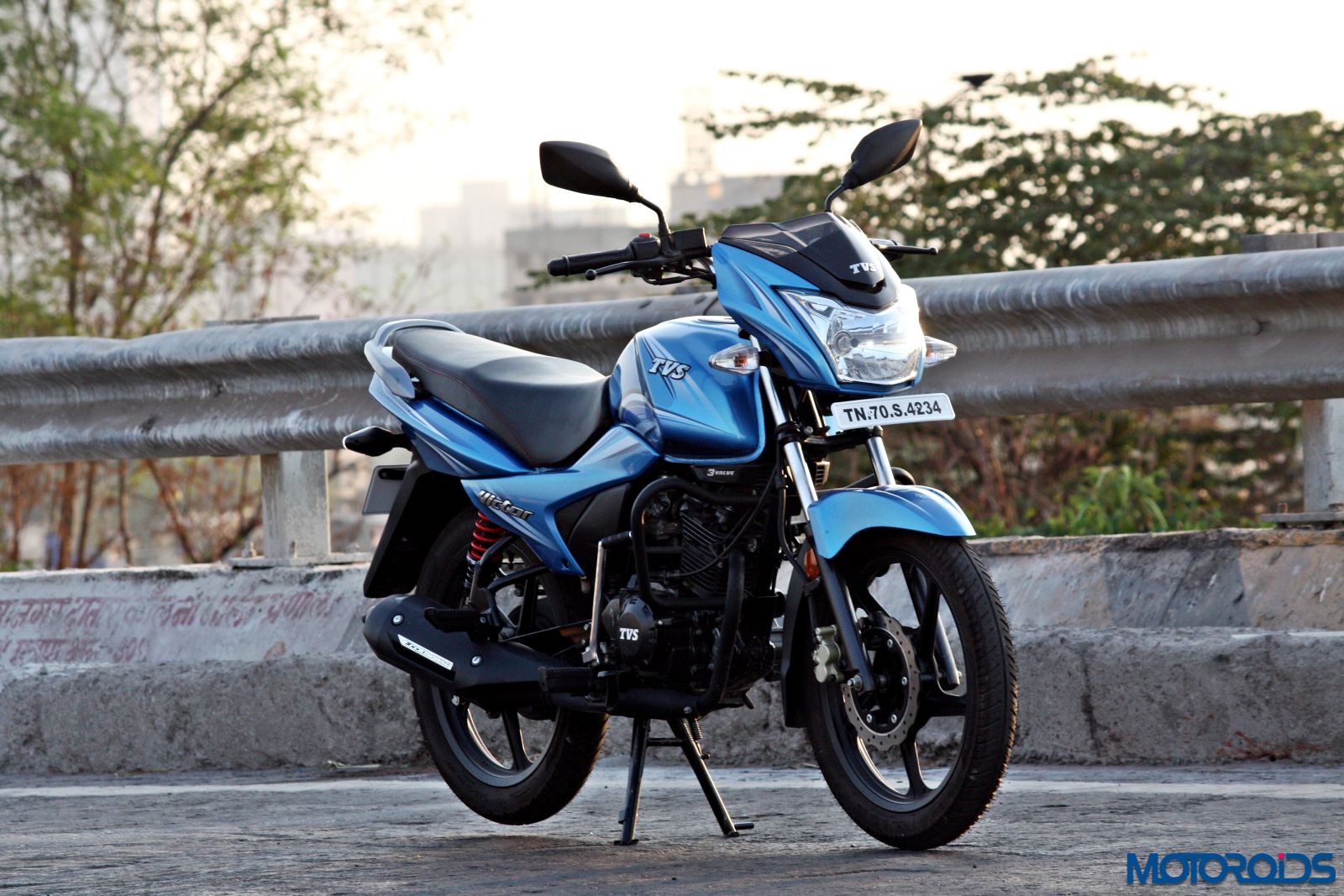 TVS Motors introduced the Victor back in the year 2002. The motorcycle was designed in a way that it was relatively ahead of its time. But as years passed, competition gained significant pace and slowly pushed the Victor into the grave. A few years down the line, the Victor became history as the production of the motorcycle was stopped by TVS.

Click here to read our review of the 2016 TVS Victor

Fast forward to 2016 and you see the Victor reincarnate in an all new form. But in its new form, will it manage to retain its charm and liking after being fused with the new age technology? Read on to find out our everyday commute impressions of the motorcycle: 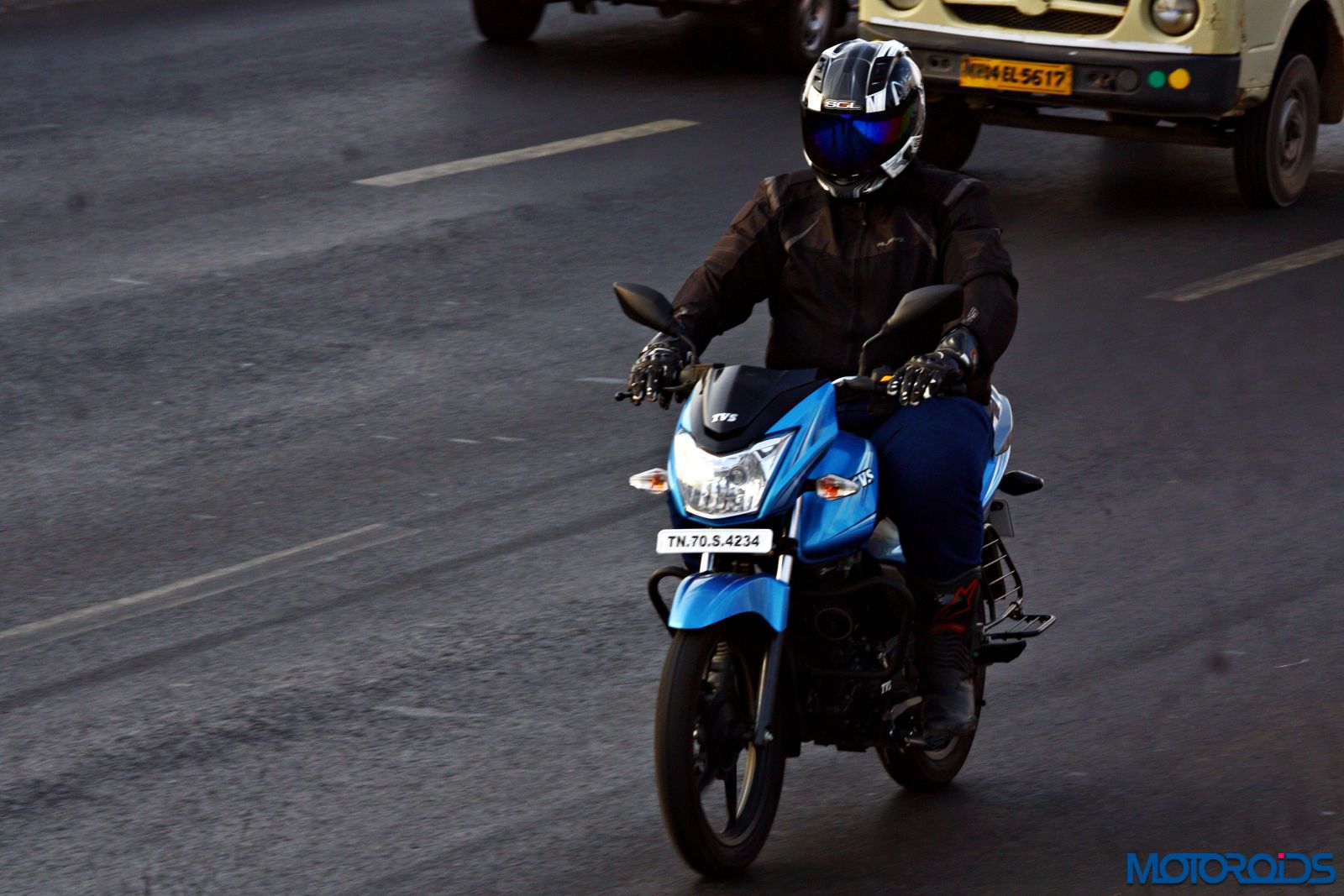 Aesthetically, the Victor has come a long way over the previous models. The conventional square shaped face makes way for a refreshed polygon shaped visage. The headlight does remind us of the 125cc Victor though. The design is quite muscular (for the segment) and impressive while the fit and finishing levels are remarkable, and so is the feature list. 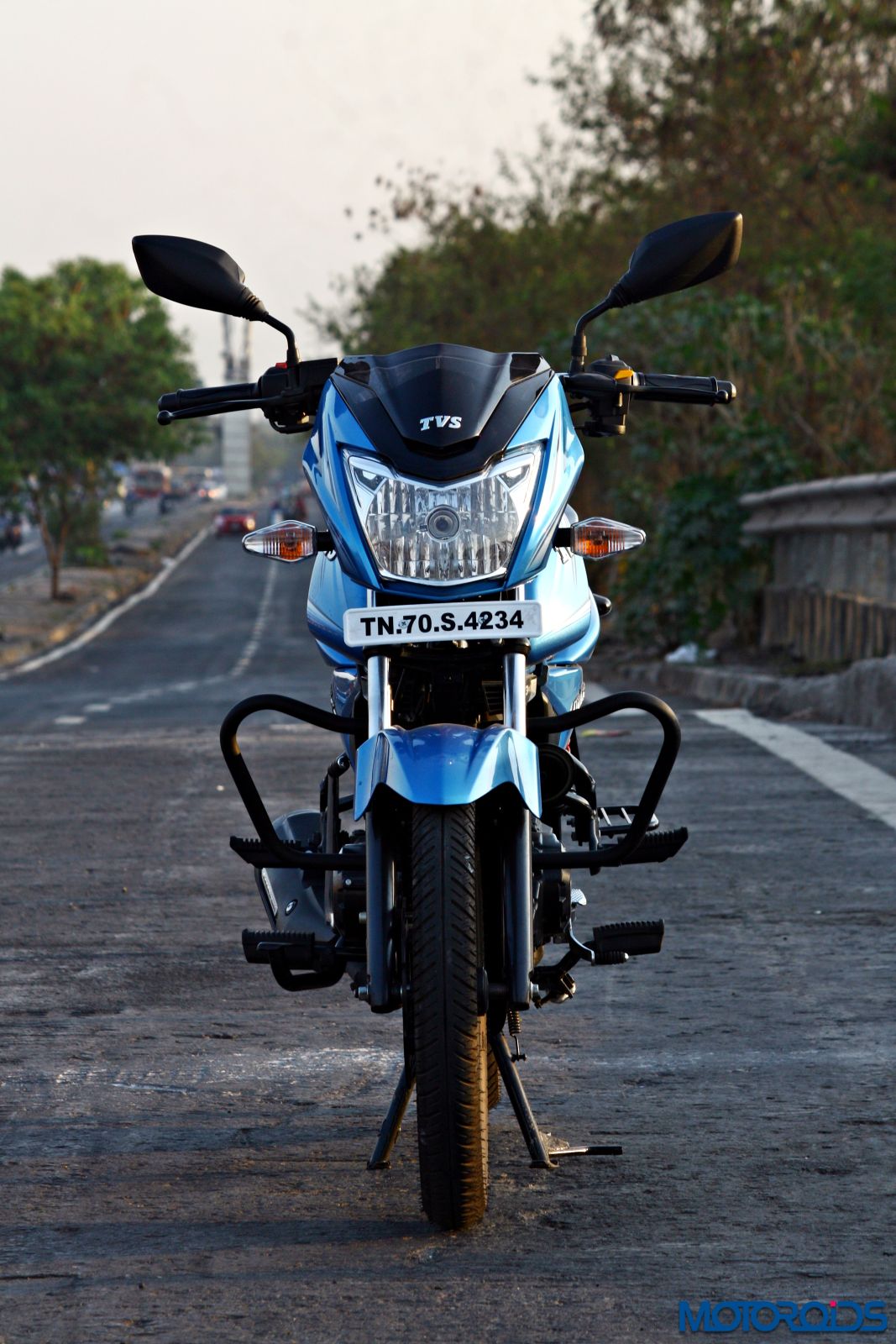 Talking of the features, the 2016 Victor stays true to its ancestral traits and gets the job done with a number of class leading features. A segment first is the hazard light button in red that is situated on the right hand side of the switchgear. At first, most folks might mistake it for the engine kill switch. 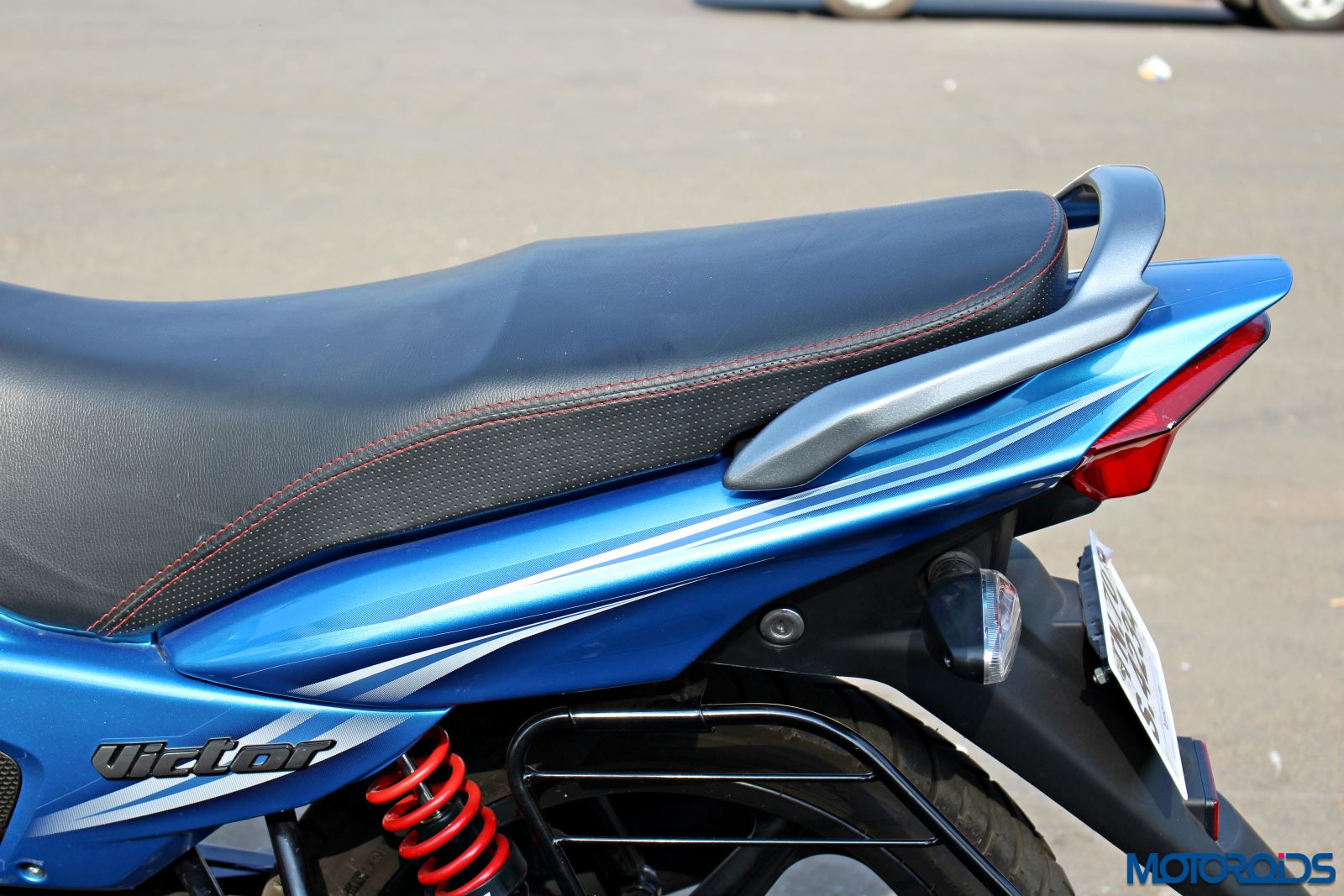 The saddle is quite comfortable too and I’ve faced no comfort related issues even during those long-ish outings. Attention to detail is prasieworthy too, especially for this segment, and we absolutely love the contrasting red stitching on the saddle. Complementing the comfortable seat and adding to the plush ride quality is the suspension. Be it a slight bump or an unseen pothole, the suspension soaks in most of the uneven surfaces, thanks to that twin rated rear suspension. 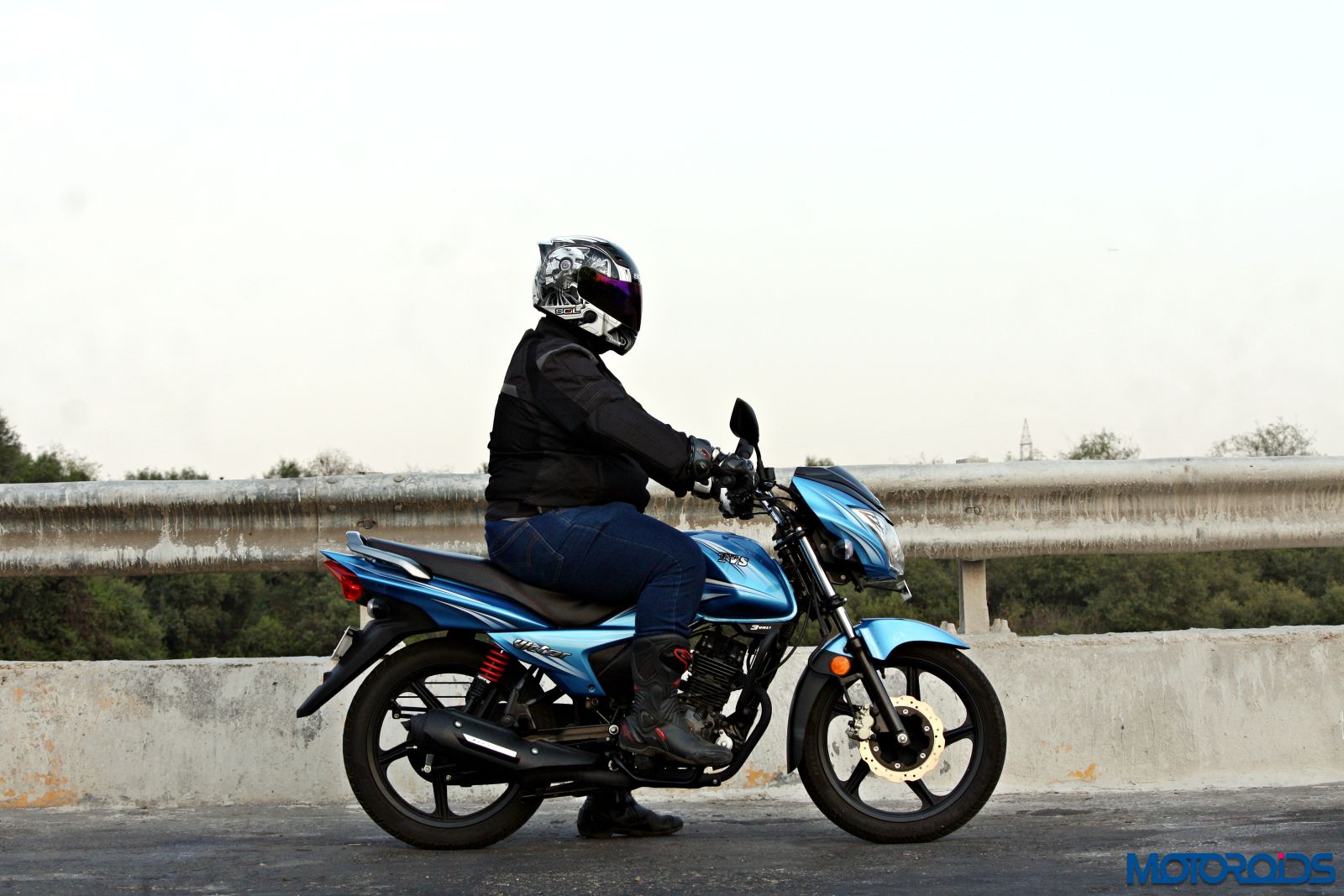 Moving on to the engine, the 110 cc Ecothrust engine is capable of churning out 9.46 bhp of power and 9.4 Nm of twist. This engine is mated to a four speed transmission. You must have already read about the engine characteristics in our detailed review. But here is one of the most important aspects, the fuel economy. With the majority of the Victor’s running being limited to the city, the bike returned a graceful fuel economy of close to the 55 kmpl, even with my rather large frame and heavy weight. 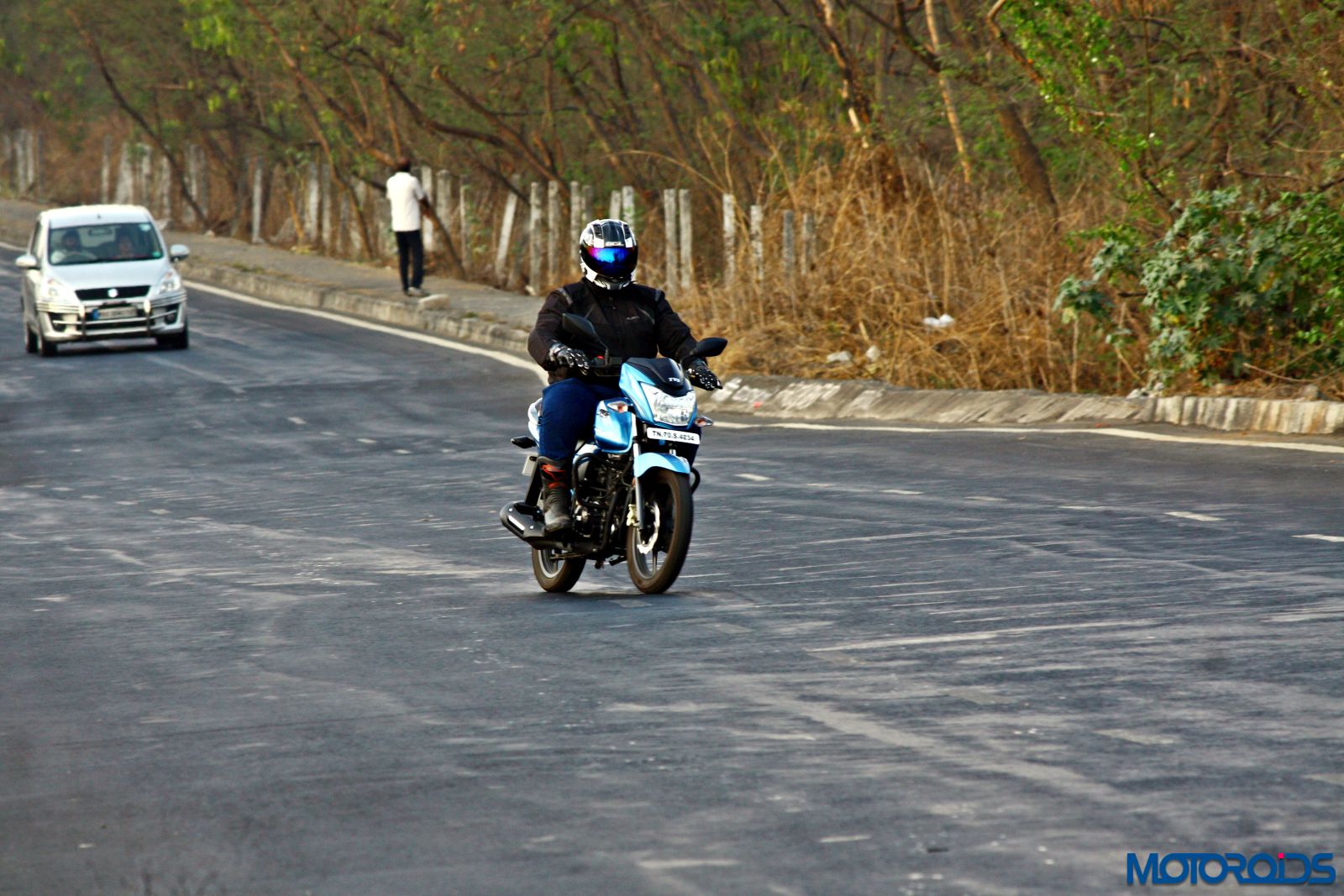 Another unique feature, although this time extended to the complete TVS family, is the benefit of the eco and power indicator that that are displayed in the instrument cluster. With the green button lit up, you know you are in the economy zone trying to squeeze out as much fuel economy as you can while the red light indicates your demand for the boost in power. This is essentially a throttle related switch which comes on the moment you wring it hard pushing it above certain revs, but is a good way to extract the maximum juice from the last drop of fuel nonetheless. 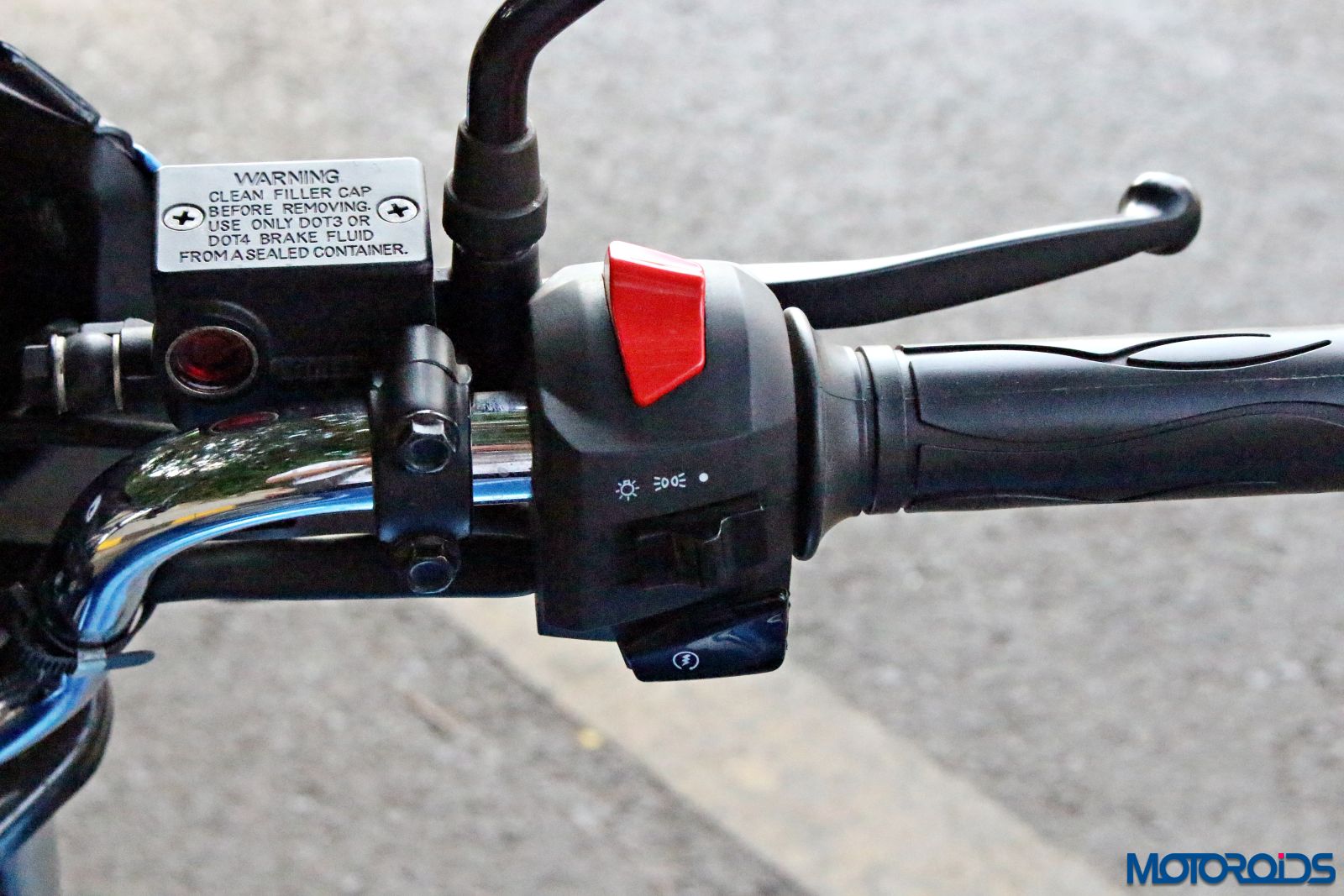 The pass light on the motorcycle functions only when the headlight is switched off, though working purely as a dayflasher, which may be a concern for those who wish to use the feature while riding in the dark. It’s not much of a concern though, and the high/low beam toggle may be used as a functional substitute for the missing feature. 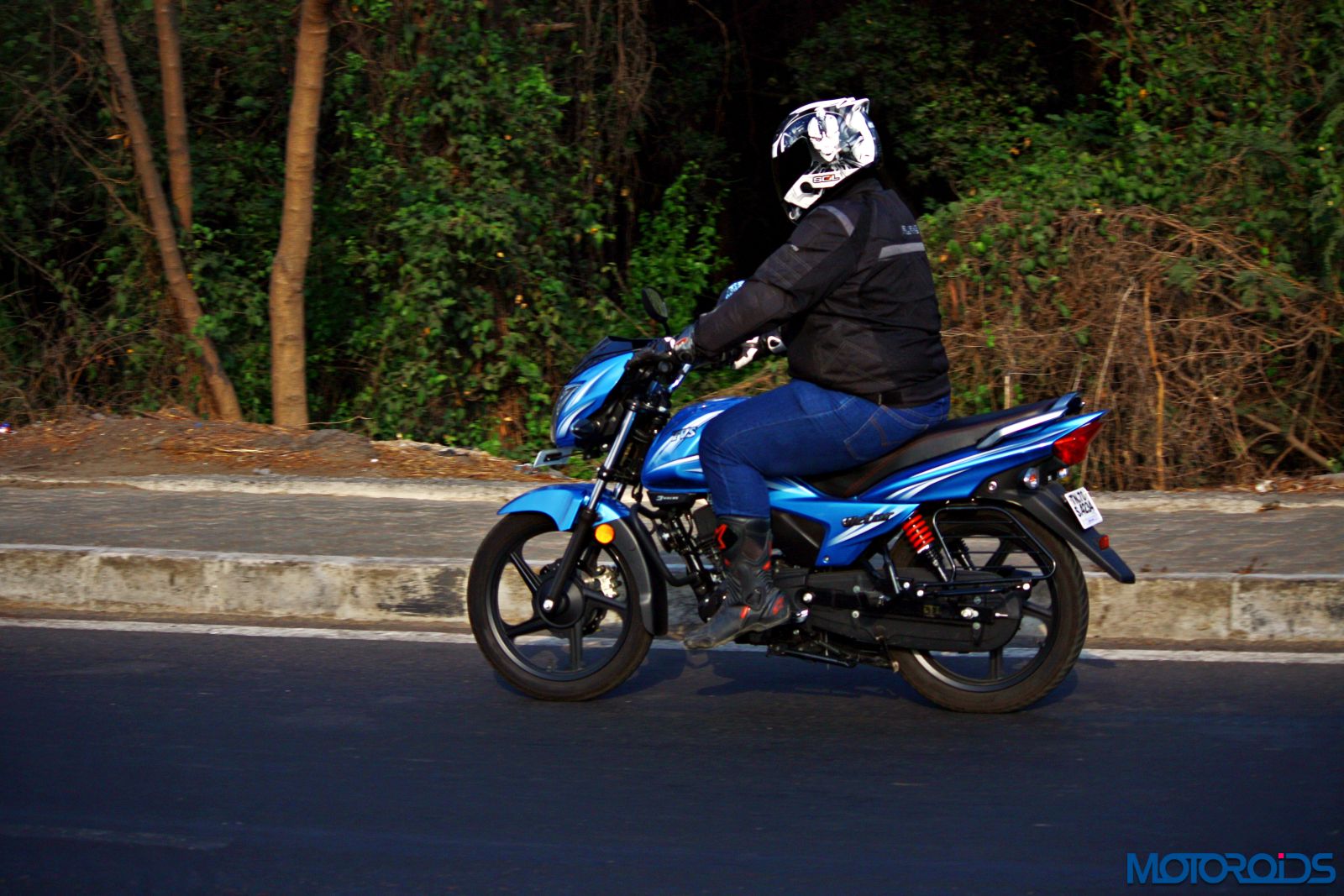 Last but not the least, the overall quality, is top notch especially for the price it comes at.

As we mentioned before, it’s not been very long since we acuired this new commuter from TVS, and we’ll be filing a more detailed review after logging a few thousand kilometers on the clock. Stay tuned!

Following is the image gallery for the 2016 TVS Victor: