TVS Motor Company seems to be on a roll with one launch after the other. The Indian two-wheeler manufacturer launched the Apache RR310 in December last year, followed by the Ntorq and the new Apache RTR 160 in the month of February and March respectively. 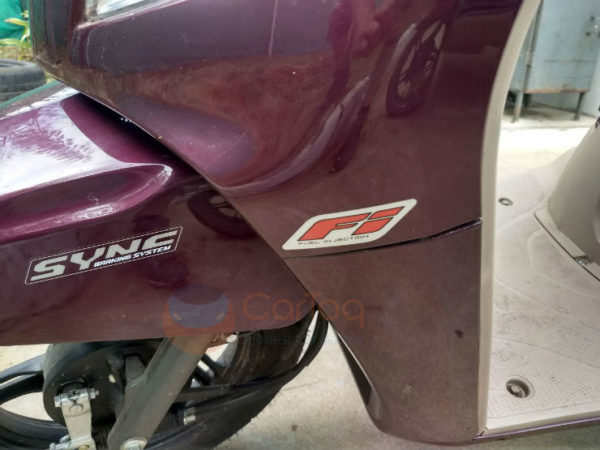 Now, TVS Motors is working on a new, fuel injected variant of the Jupiter, which was recently spotted undisguised at the company’s test track located in Hosur, Chennai. The upcoming scooter in question seems to be production ready as it was spotted with the ‘FI’ and ‘Sync Braking System’ stickers on its body.

Apart from the FI sticker, the fuel injected TVS Jupiter does not receive a manual choke, hence confirming that it is indeed a fuel injected motor. Coming to the Sync Braking system, the feature is already present in other products currently sold by TVS in India such as the Wego and the Zest scooter. 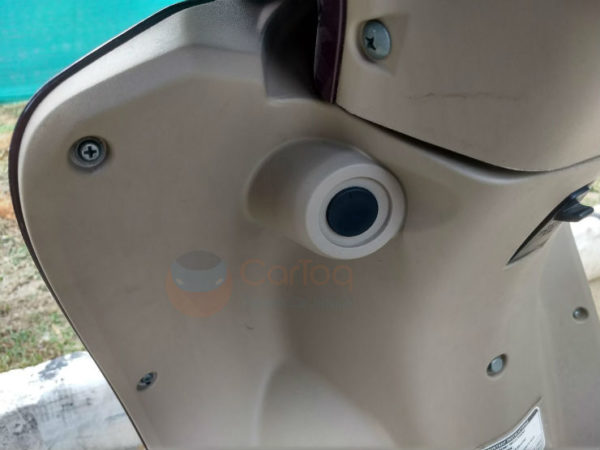 Engine specifications for the TVS Jupiter FI variant are likely to remain unchanged and hence the model would source power from the same engine as its carburetted counterpart. This engine is capable of producing a maximum power output of 7.88 hp at 7500 rpm and 8 Nm of torque at 5500 rpm. More details of the model could surface soon. Stay tuned for updates.