After much anticipation and a really long wait, British two-wheeler manufacturer, Triumph Motorcycles, entered the Indian market in November last year. Pricing of some products came as a disappointment. Yet, the company managed to sell 450 units throughout the country. Vimal Sumbly, Managing Director of Triumph India said that the company aims to sell 1,200 units of its products in 2014-15 and 1,500 units in 2015-16.

Triumph currently operates in India through its eight dealerships. The company plans to expand this number in the near future with Kolkata being the newest upcoming showroom. 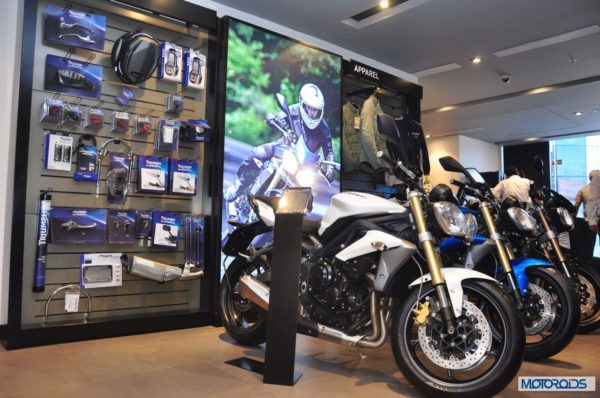 In terms of its portfolio, Triumph Motorcycles is looking forward to increase its product range to reach masses. The company is working on capturing the quarter-litre motorcycle market which is on a boom in India. Triumph plans to introduce two models in this segment, one of which would be fully faired model that would be a part of the Daytona family and the other would be a part of the Street/Speed Triple family. Both these bikes are expected to be powered by a 250cc single-cylinder liquid-cooled engine and would be priced around the Rs 3 lakh territory. 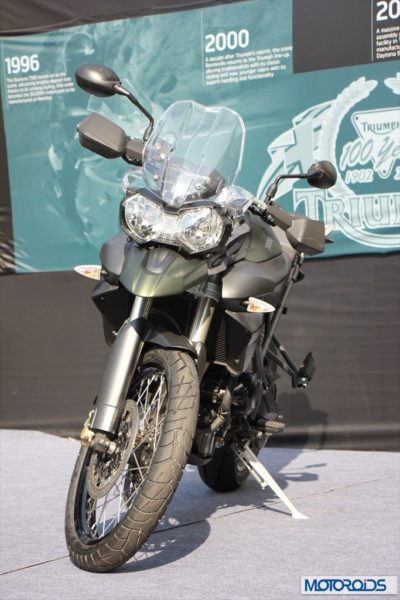 Honestly, the Rs 3 lakh territory seems like a farfetched figure especially for a single-cylinder motorcycle. Yamaha is expected to launch its 250cc twin-cylinder in that price range. Also, Hyosung has been present in that segment with its 250cc twin-cylinder powered GT250R and GT250N. Moreover, Austrian manufacturer KTM, along with its partnership with Bajaj, has been able to introduce its products at very competitive prices and is expected to launch its 375cc single-cylinder RC390 near the Rs 2.50 lakh price range.

The targets set by Triumph seem high but are not totally out of reach. Currently, the company portfolio comprises of four CBUs (Completely Built Units) while seven are assembled in its Manesar plant. The company also has an upcoming manufacturing facility in Karnataka which would not only add to the production, but also contribute to cost reduction.