Stay tuned for more details updates throughout the day on other posts on Motoroids!

Q & A session with the media begins now

The prices are not what we expected. And whether these prices are going to work here? We doubt

Bookings start from second week of December for all bikes

The Triumph Daytona is priced at a much higher than anticipated 11.4 lah ex-showroom. 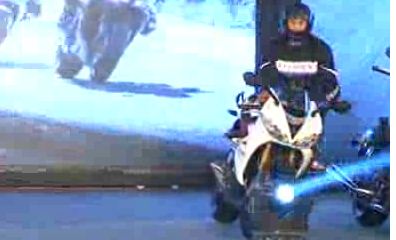 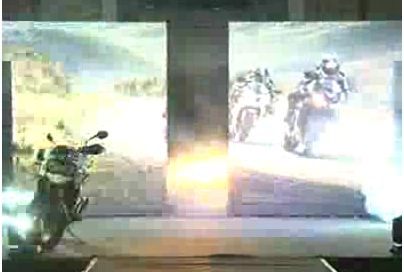 Getting on with the Supersports category now

The Triumph Tiger 800XC is priced at Rs 12 lakh

The Triumph Tiger Explorer with 1215cc is priced at Rs 17.9 lakh

The Triumph Tiger adventure bike is next 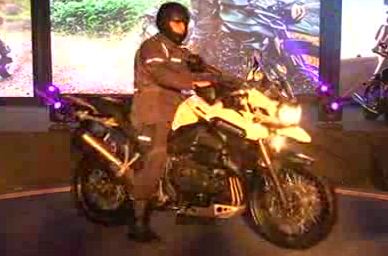 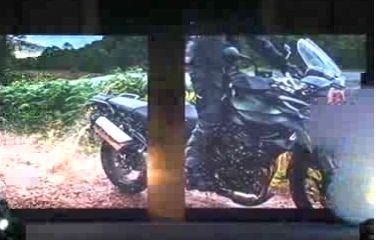 And there its, the big, bad Rocket III for the ex-showroom price of Rs 20 lakh 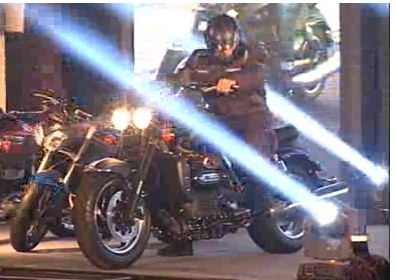 And is followed by the Legendary Rocket III 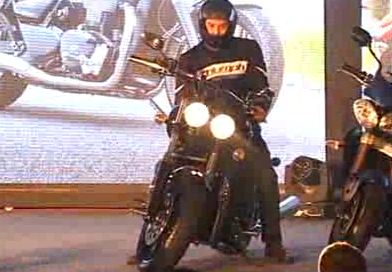 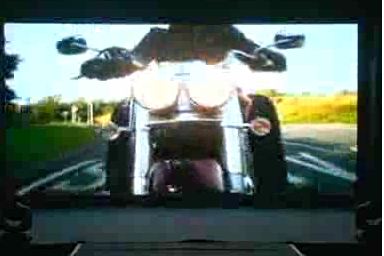 The Cruisers are next, do we see the Triumph Rocket III Coming? There is a cruiser category video playing right now

Next is the Speed Triple and the prices are… Rs 10.4 lakh ex-showroom Delhi 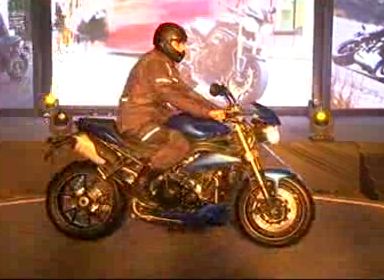 And here it comes to the stage – the Triumph Street triple 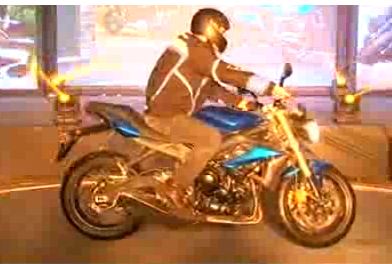 Next on the stage should be Street Triple

Another video now, showing the roadsters 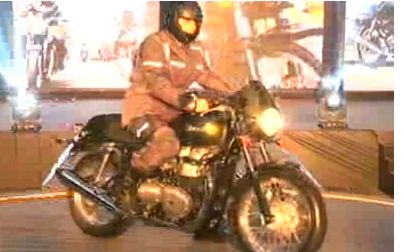 Triumph Bonneville launched for Rs 5.7 lakh ex-showroom. Media is not happy. Nor are we 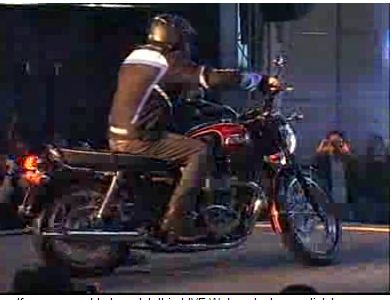 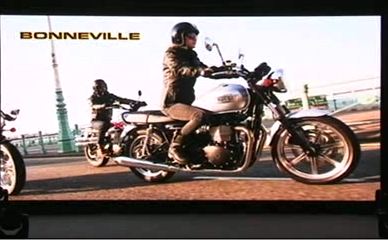 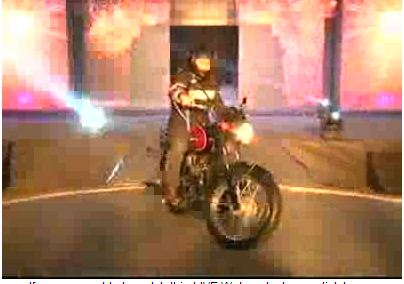 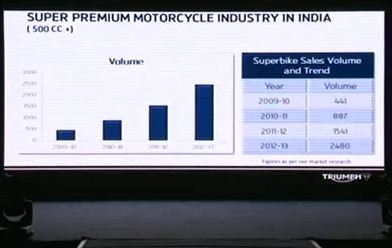 And the same old talk about the prospects of India being the next auto powerhouse, lets get on with the prices!!!

Vimal Sumbley, Triumph India MD takes the stage – he will talk about the India plans for the brand 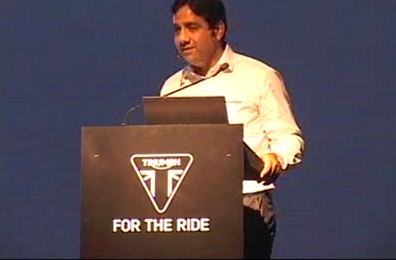 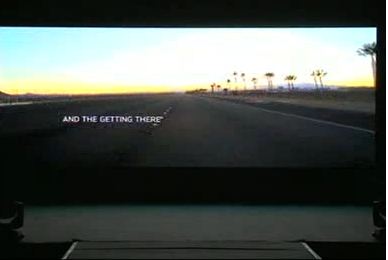 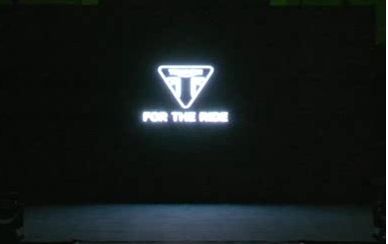 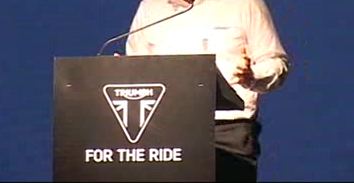 Triumph confirms the development of the 250cc motorcycle, focused on emerging markets like India

The company is looking at expansion across the world, India an important part of the plan.

Last year Triumph launched in Brazil, and have sold 1800 bikes in just 11 months. The company expects great success in India too.

In the UK, Triumph is the biggest big bike maker with a share of more than 20%, nearest competitor is at 14%

Triumph’s largest sales come from North America where they sell 12,000 units per year. This is followed by England and Germany.

Triumph is on track to achieve its highest sales ever in its entire history as the year draws to an end.

Triumph will bring its riding gear, accessories, and apparel made from the highest quality materials.

‘No bike journalistic career is complete without having ridden the Rocket III’ they say. Apparently they’ll soon offer the machine to the media. We so love them!

Triumph asserts that the Rocket III can out accelerate most superbikes. Hmm…

Even after nine years in production, the Triumph Rocket III is still the biggest production motorcycle in the world.

Today Triumph has as many as 27 models spread across six categories to cater to all the tastes and requirements.

On the manufacturing front the company now has 7 hi-tech plants across the world, including the one in Manesar, India

Today Triumph has 11 wholly owned subsidiaries across the world

Resurrection of Triumph began in 1990 after a slump in 1970. In the next 23 years Triumph became highly successful

Between 1955 to 1970 Triumph was the world’s fastest motorcycle.

In 1955, in a 650cc Thunderbird, Johny Allen achieved a record breaking 214 mph on Bonneville Salt Flats

During the First World War, Triumph was the motorcycle of choice for the British.

A little history of the bike being elaborated by the company officials. Initially a bicycles company, Triumph later graduated to Motorcycles

10 products to be launched. 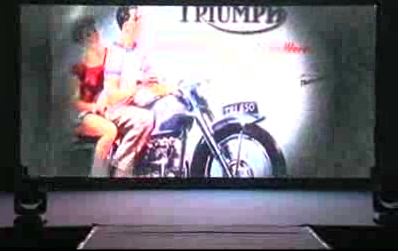 The launch event in underway now, Triumph now playing a video about its history and heritage 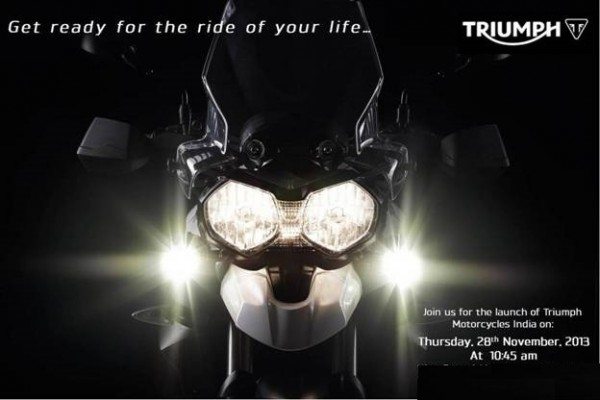 Triumph India is launching officially in India today, and as always, we are reporting LIVE from the event. In our previous post we brought to you the news of the official site of the  bike maker going live, along with the range of products which it may bring to India.

After having delayed their entry to the India market by about 2 years, today is the big day when the likes of the Daytona, Street Triple, Speed triple and the might Rocket II may descend down on the Indian tar. With two dealerships already announced in Mumbai and Bangalore, Triumph is headed for a cautious start. We expect more dealerships to open very soon.

The company has set up its assembly plant in Manesar, India, and most of the bikes on sale will be assembled there. There is no word on the prices yet, but we expect the a reasonable 6-7 lakh rupees for the Daytona, which may be the hot favorite among us Indians. 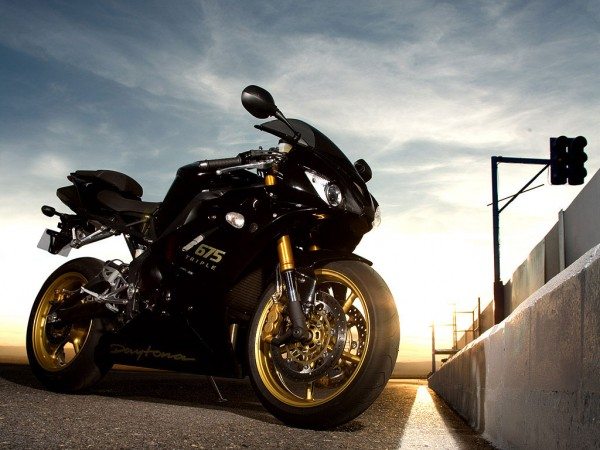 The models listed on the new Triumph website include the Tiger 800XC and Tiger Explorer in the adventure category and Bonneville, Bonneville T100 and Thruxton in the Classic segment. Then you have the massive Rocket III Roadster and Thunderbird Storm populating the Cruiser genre.

However, the meat of the market for India is in the Roadster and Supersports categories where the more affordable, more likeable and more suitable bikes for this market reside. The Speed Triple and Street Triple populate the Roadster segment, while the highly anticipated Daytona 675 ABS and Daytona 675R are decorating the Supersports section.

Stay tuned for live updates from the launch